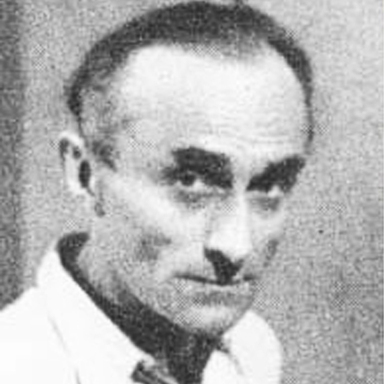 In 1923, a Parisian hurrying by the poster-appliqud walls and hoardings of his city might have had his eye drawn to a large horizontal poster. The central image was dramatically simple: a starkly drawn, well-muscled black figure posed against a radiant yellow background holds a woodsman's axe upraised to the full length of his rippling arms. The spectator awaits the woodcutter'scoup de graceto a tree held by its final fibre to a well-hewed stump. Given its strongly allegorical tone, the poster might have been taken as an exhortation by one of the revolutionary organizations of the time urging the French proletariat to fell a symbolic class foe. In point of fact, the poster's message was considerably less inflammatory. For just below the Herculean woodsman, the angular, decorative lettering informed the viewing public that the blow to be struck was a no-nonsense advertisement for Au Bucheron (The Woodcutter), a prominent Parisian furniture store. Forthrightlyeven clumsilylettered at the lower left of the poster was the name of Adolphe Mouron Cassandre, a young artist-designer making his first appearance among a select and aesthetically tired community of poster designers. If the poster itself did not proclaim social revolution, its 22-year-old designer, with this initial commercial foray, was about to revolutionize the entire conception and style of poster design, and in turn institute fundamental changes in the realm of visual communication.

In the ensuing years A.M. Cassandre was to become the towering figure we now celebrate for this century's singularly brilliant achievements in the art of the poster. In the totality of his professional career, Cassandre worked only a relatively short time as a poster and graphic designer. But in that rich period he produced a body of work that remains unmatched for its unique beauty and impact. Almost five decades later, after countless visual styles, movements, vogues, and fads, the lustre of Cassandre's accomplishments has not dimmed.

The details of Cassandre's youth are as lean as his working philosophy. In the classic French tradition, Cassandre was thenom de plumehe took instead of his original name, Adolphe Jean Marie Mouron. He was born of French parents who resided in Kharkov, a famed Ukrainian city. In 1915, when only 14 years old, he had the exceptional blessings of his parents to become a painter and was sent to Paris to study at the stiffly academic cole Des Beaux Arts. His post-cole education included a period of study with Lucien Simon at the Acadmie Julian, followed by a period of compulsory military service. Shortly thereafter he created the Au Bucheron poster, whose inspiration Cassandre modestly maintained, sprung from a struggling artist's effort to support himself. A contemporary, Maximilien Vox, in his monograph on Cassandre, characterized him in his mid-career as "a thinker and an engineer, a lover of nature and a reader of books; such he was then, such he is now. A puritan in our midst, a worshipper of all things beautiful." This fortuitous combination of qualities can be seen in one way or another in almost every one of Cassandre's magnificent posters. The leap from the Bucheron poster in 1923 to the succeeding one for Pi Volo aperitif embraced a quantum jump. This poster, with its fusion of bird, glass, light and dark forms and its art deco lettering, demonstrates that Cassandre had assimilated the revolutionary ideas of shape and interpenetration of form developed in the cubist and abstract paintings of Gris, Braque, and Picasso. Barely a year later came the immortal L'lntransigeant truck poster. The forceful head and radiating telephonic lines of its composition created an indestructible image, and who today would be daring enough to truncate the product's name as Cassandre did in 1924? In each succeeding year, Cassandre's posters show an increasing innovation enhanced by breathtaking execution. Images so seemingly literal and so directly rendered took on a new dimension. A shipping poster depicted cargo being hoisted. Railway posters conveyed the essence of locomotion and the rectilinear purity of tracks. The magic of these posters lay in their bigger-than-life imagery and Cassandre's extraordinary sense of the dramatic. Every poster bore an invention in letterforms, fashioned as an integral part yet providing a visual bonuslyrical, playful, geometric or decorative, and above all never banal. Perhaps in the Cassandre symbology it was the fusion of puritan and thinker that was preeminent, and in the memorable railway documents, the engineer heightened the alchemy. Who can forget the exquisite distillation of the toile Du Nord poster, in which the velocity of the northern express is vivified by the acute perspective of pristine tracks culminating in a white staran image that leaves us listening for the haunting sound of the train's whistle. Five years later, Cassandresoeuvretook on a new poetic tone. He combined photography and drawing in the now classic club-car poster for the French Railway System. He also made us aware, if we did not know, that the engineer in us need always be tempered by a love of nature. Blaise Cendrars, a poet and writer of the time when technology had not come to be the ogre it has in ours, wrote admiringly, "There are the motorcars, the pullmans, the aeroplanes. The long, sleek surfaces, the long surfaces carrying copper and nickel for the shocks and the curves and aluminum which is the spouse of speed...Cassandre's love of nature can be seen in his surrealist creations for a series of travel posters. The poster for Paris in particular was an enchanting evocation of the "city of light." But what would a lover of nature, a thinker, a reader of books be without the Gallic wit, the delightful acrobatics of the thinking process? Like Chaplin's Little Tramp, Cassandre's Dubonnet Man, for all its stripped down formalization, has given us one of the ever-ingratiating figures of modern poster iconography. Its enduring freshness was evident whenPaul Rand, many years later, in a series of ads, could employ, with the appropriate attribution, Cassandre's Boulevardier with the same indelible effect on the American consciousness. In the Dubu-Dubon-Dubonnet series, Cassandre was the first to seize upon a concept that was the patented stock-in-trade of the comic stripnamely, the action sequence.

If there is a continuum in Cassandre's work, it lies in his command of the full spectrum of visual styles. Cassandre, from 1923 to 1939, was a bridge between the modern fine arts and their contemporary application. His pictorial approach embraced all styles, ever discriminating that it was the spirit he consumed and not the corpus. The filtering force was Cassandre's extraordinary intellect, the inordinate appropriateness and selectivity of his personal vision. Scanning his posters, we see and feel the aura of surrealism, constructivism, suprematism, cubism and romanticismthe gamut of artistic pluralism. But above all we see Cassandre, his magnetic clarity and faultless grasp of the theatrical moment. The direct aim of his mind and hand is expressed in one of his guiding dicta, "Know what to do and learn how to do it." He almost makes it sound easy, but Cassandre looked upon himself and his craft with straightforward surgical accuracy in his description of the poster artist: "Poster work demands of the painter complete renunciation. He cannot express himself that way; even if he could, he has no right to do so. Painting is a self-sufficient proposition. Not so the poster. A means, a shortcut between trade and the prospective buyer. A kind of telegraph. The poster artist is an operator; he does not issue a message, he merely passes it on. Not one asks for his opinion. He is only expected to establish a connectionclear, powerful, accurate."

Cassandre assumed that an indifference to advertising's message was the natural state of the man in the street. He always insisted that his posters were meant to be seen by people who do not try to see them. To enter the private world of the public consciousness, he claimed he forced his way "not like a gentleman through the front door with a walking stick, but like a burglar through the window with a jimmy." At the same time, while designing his posters, Cassandre had begun to design several avant-garde type faces. These fonts, derived in good measure from his imaginative poster lettering, received a ready sponsorship from the progressive type-founders Deberny and Peignot, names we also recognize fromArts et Mtiers Graphiques. The first of these faces, Bifur, appeared in 1929, a shimmering combination of solid forms and fine parallel lines whose art deco quality fits much of the design spirit of our time. Acier followed in 1930, and seven years later his most prestigious typeface, Peignot, appeared, dedicated to Charles Peignot, his friend, colleague and patron. Its jaunty asymmetry and unorthodox ascenders bespoke a pre-war elegance that could only be French.

In 1936, after fifteen continuing years of widespread prestige and success on the European continent, Cassandre was asked to come to the United States to apply his extraordinary gifts to a number of commissions. In the following two years, he produced a stunning series of surrealist covers forAlexey BrodovitchatHarper's Bazaar. For N.W. Ayer he created the unforgettable eye of the Ford posters that will forever keep us watching for those V8's. Cassandre, if not disenchanted, was hardly enthused about poster design as practiced in the United States, and he returned to Paris. About this time, two earlier events began to exert great influence on his career. One was the tragic death in 1934 of his friend and colleague Maurice Moyrand, who with Charles Loupot and Cassandre had formed Alliance Graphique, their own advertising agency. The depth of this loss can only be surmised in the pained terseness of Cassandre's notes: "1926 met Moyrand. 1934 Moyrand's death." In 1934, too, Cassandre produced his first stage design, creating the sets and costumes for Giraudoux's Amphytryon 38. That seed flowered into full bloom shortly after he came back to his beloved Paris. Then the heavy fog of war was beginning to envelop France. Cassandre, the giant of modern poster design, was never again to favor the world with a product of that side of his genius. After brief military service, Cassandre devoted himself undeviatingly to new conquests in the theatre. He designed productions for the full scope of the French theatre and even designed an open-air theatre in Aix-en-Provence, as well as the entire production. In this milieu, Cassandre turned to a lyrical, richly patterned romanticism, the very opposite of the brilliant color, incandescent conception, and lean accuracy of his famous posters.

Cassandre died in Paris on June 17, 1968, during the time of the great French student riots. All too sadly, Cassandre's "man in the street" failed to notice that one of Paris' most brilliant lights had gone dark.