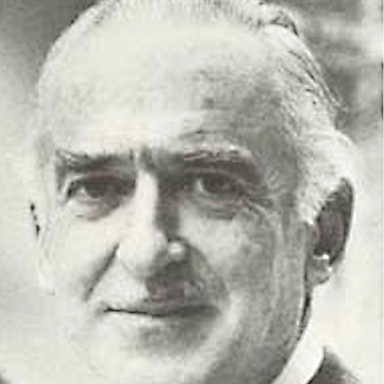 The Washington Post art critic Paul Richard, reviewing an Alexander Liberman retrospective a few years ago, made an essential point about this extraordinary man. "History lists few artists of the caliber of Liberman who have held, much less insulated their painting from, intellectually demanding full-time jobs." Putting it another way, history lists few art directors of the distinction of Alexander Liberman who have also achieved parallel distinction in the fine arts.

Liberman is editorial director of all Cond Nast publications in the United States and Europe. But this joband paintingby no means exhaust his range. In 1971, an exhibit of his large metal sculptures marked the opening of the Hammarskjold Sculpture Garden in New York. Some years earlier, as a one-man photographer-writer team, he produced "The Artist in His Studio," a handsome, lively book on School of Paris artists. He is also the author of "Greece, Gods, and Art."

Liberman was born in Kiev, Ukraine, in 1912. His family moved to England during the revolutionary period, and he went to an English public school. "If you can survive that, you can conquer anything," says Liberman.

He studied at the cole des Beaux Arts in Paris in the early 1930's. At 18 he became art editor of the French magazineVu, working there from 1932 to 1936. With the Louvre, he made one of the first color films on painting, "La Femme Franaise." And in 1937 he won a Gold Medal at the Paris International Exhibitionprophetically, for his presentation on magazine design. Four years later Liberman came to New York and joinedVogue. He became Art Director in 1943, and was named to his present post in 1962.

Liberman's paintings and sculpture have been exhibited widely, and acquired by such museums as MOMA, the Tate, and the Chicago Art Institute, to name three of many. He sees all of his workas art director, painter, sculptor, photographer, and editoras a unified endeavor. "I don't believe in the 'masterpiece' idea," he said in an interview with Grace Glueck inThe New York Times. "In an artist's involvement, all works are similar in value. What counts is the body of the work itselfI wish artists could all live into their eighties. It's toward the end, when one really knows one is going to die, that one is free to dare."

Liberman the artist/art director paused at that moment in the interview, and Liberman the editor took over. "If all that sounds pretentious," he said, "kill it." TheTimesdidn't think so.