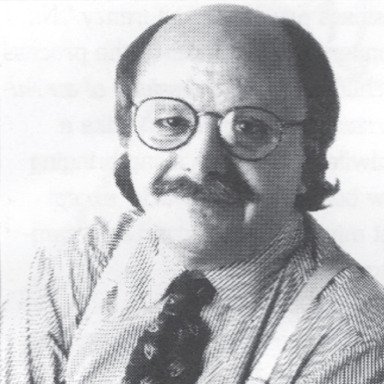 Maybe you've had ideas like these, but unless you were Allan Beaver or worked for him, you couldn't get them approved. It's the kind of advertising that made names for people like Lee Garfinkel and Sal DeVito. And changed perceptions of companies like Subaru and Matchbox and McCall's and Panasonic and Maidenform and Seagram's.

"Allan was unique in his ability to attract talented young people to the agency," says his former partner, Harold Levine, "and to nurture that talent." For Lee Garfinkel, who developed into the chief creative officer at Lowe & Partners/SMS, there was more. "If I learned anything from Allan Beaver, it was that you can work hard, keep trying to top yourself, become a success and still remain a decent guy. Allan is one of the truly great gentlemen of the business."

It was his gentle manner, Harold remembers, that encouraged clients to approve cutting-edge advertising. The Matchbox account was typical. Matchbox was planning a standard campaign directed at children, until Allan persuaded them to try thinking about their toy cars as if they were real cars, coming off the assembly line, and directed the ads at parents. For the toy industry it was a seismic shift in thinking, and it produced seismic results.

By 1986, LHS&B had over $250 million in billings and every eligible broadcast client on the roster had made the Clio finals. At the time, Allan told Back Stage, "People in this industry have a tendency to forget their sense of proportion the minute they enter an office building on Madison Avenue. You've got to try and keep some perspective on the product. What is a paper plate in someone's life? Are you going to be serious and scientific about that?" (It was LHS&B that ran what Allan called "the ultimate product demonstration" for Good Sense plastic plates, which showed a man hitting himself in the face with a cream pie. Twice.) "The success of the communication," he continued, "hangs on this kind of simplicity, honesty and humanity, because even a 12-year-old can spot bullshit in a second."

Allan himself had a normal childhood, for an art director. While the other kids were out playing stickball in Borough Park, Brooklyn, Allan was inside practicing chisel-point lettering. At Stuyvesant High School, a school renowned for math and science, Allan became art editor of the newspaper and the yearbook, winning the St. Gaudens Medal for achievement in art. ("Here's to the next President of the Art Association," wrote a classmate in his yearbook.) Allan has since won every award that can be bestowed on an art person and has been named one of the top 100 creative people in the United States. And he was elected President of both the Art Directors Club and The One Club. But he started out modestly, going to Brooklyn College by day and riding into the city at night for classes at the Cartoonists and Illustrators School (now the School of Visual Arts). To save himself a subway trip, he later transferred to New York Community College in Manhattan, which offered a curriculum in advertising and graphic arts.

You wouldn't think he could compete with graduates of Cooper Union (much less be lecturing at Princeton and Syracuse University later in his career), but Allan landed his first job at CBS, working as a graphic designer underLou Dorfsman. "He was young," says the legendary art director, "but he was very thoughtful. It was clear he was going to do big things." Allan soon switched to advertising, working with Hal Davis on I. Miller shoes at Trahey/Cadwell, a small creative shop ("We were using a young illustrator namedAndy Warhol").

From there he moved to DKG (Delehanty, Kurnit & Geller), which in the 1960s was leading the creative revolution in advertising. Allan set about winning awards for Remington shavers and Talon zippers while avoiding war zones for Yardley (he was on location in Morocco for the fragrance client with famed photographer Mel Sokolsky when the Arab-Israeli war broke out. "We decided to finish upin India," says Allan).

By the beginning of the 70s, it was time to start his own agency with Bob Schmidt, Harold Levine, and journalist Chet Huntley, who had just left The Huntley/Brinkley Report at NBC. "A startup could use someone as familiar and believable as Chet Huntley in new business meetings," reasoned the ad men. And once they had the business, Levine Huntley Schmidt & Beaver knew exactly what to do with it, whether it was Jockey, General Foods, U.S. Healthcare, Ralston-Purina, Schering-Plough, Citizen watches, Kronenbourg beer, People Express or Beneficial Finance. In 1988 LHS&B was nominated Agency of the Year byAdvertising Agemagazine; a year later it was named Agency of the Year in the East byAdweek.

Wherever asked to speak about creative excellence (and he's been asked to France, Germany and Japan), Beaver tells them, "You've got to support the creative process. It doesn't matter how talented people are, they can't perform when they feel uncomfortable or insecure. If you're walking down the halls and you don't hear any laughter, you know your creative people are uneasy and nothing good, nothing great, can come of it."

Throughout his career, while others would be calling it a day, Allan would be returning calls to the Ad Council, on whose Creative Review Board he served, and to the 4A's, who asked him to join their Creative Committee and Partnership for a Drug-Free America review board.

In the '90s, as clients like Coca-Cola started to step outside their agency relationships for fresh thinking, Allan formed a consultancy with Robert Reitzfeld, (another creative luminary who had built and led his own agency, Altschiller Reitzfeld). "Working with Allan Beaver," says Robert, "has proven to me that you never stop learning. Not only have I learned a new way to spell 'Allan,' I've learned that you can enjoy almost every day you come to work."

Together they've offered companies like Dow Jones, NYNEX, Sara Lee and WNYC the brainpower of a couple of chief creative officers without the bureaucracy of an agency. Head down to the Beaver Reitzfeld office in SoHo. You can hear the laughter from the elevator.