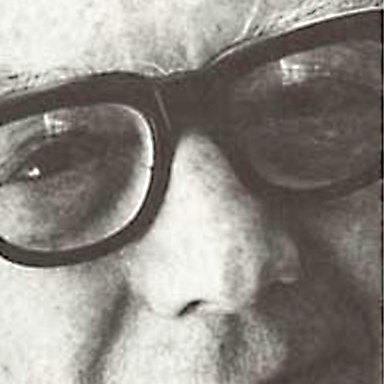 Allen Hurlburt is best known for his magazine design and his creative use of photographic images during the sixties, and magazines were his principal design focus almost from the beginning. Born in 1910, by the time he was 21 years old he was both editor and designer ofPunch Bowlat the University of Pennsylvania. It was only a college magazine, but it was good enough to elicit a note of praise fromM.H. Agha, art director ofVanity Fair, whenPunch Bowldid a parody of that magazine. That same year he had his first encounter with the work ofAlexey Brodovitchat an exhibition at the N.W. Ayer gallery, and although he never worked or studied under either of these men, they both came to exert a profound influence on his development as a designer.

His design education was unorthodox, to say the least, consisting of a carefully orchestrated series of elective courses in drawing, architectural rendering, and psychology, combined with a Wharton School major in advertising. In 1932 he graduated with a BS degree into a world of breadlines and nearly non-existent job opportunities for graphic designers.

After a few years as a freelance magazine cartoonist his career began in earnest when he became assistant designer with the publisher of eight business magazines includingAdvertising & Sellingand theAmerican Printer. Within a year he was art director of all eight of them.

Allen Hurlburt's career, like many others, was interrupted by the war and he served for three years in the infantry receiving a battlefield commission in France. On his return in 1946 he became art director of the National Broadcasting Company and participated in the important formative years of television graphics and promotion. In 1951 he moved to a position of administrative art director underPaul Randat the Weintraub agency. Although he soon learned that advertising was not his central interest, he would have considered meeting and working with Paul Rand reward enough if he had not met someone even more important therehis wife, Regina.

The high point of his career was the years he spent atLookmagazine between 1953 and 1971, including fifteen years as its art director. AtLook, under the leadership of Gardner Cowles and the inspired editorial direction of Dan Mich, Hurlburt's innovative page design and understanding of the use of photographs and artwork madeLookone of the most respected magazines in the design world.

Throughout his career Allen Hurlburt received a wide measure of recognition for his work. He was honored with over a dozen Art Directors Club gold medals for his designs at NBC andLook; he was awarded the golden T-square as art director of the year by the National Society of Art Directors in 1965, and he received the American Institute of Graphic Arts gold medal in 1973. In commenting about his awards he points out with characteristic directness, "Of course, a lot of it was being in the right place at the right time, but I was also fortunate that so many peoplestaff, photographers, and artistsoften did their best work for me."

It was natural that his own do-it-yourself design education and his continuing curiosity about the design process would lead to his involvement in education. He was program chairman of the International Design Conference at Aspen on "Design Sources and Resources" in 1966. He has served as a trustee, senior lecturer, and curriculum consultant at Parsons School of Design. He has written three books:Publication Design, first published in 1971 with a revised edition in 1977,Layout, published in 1977 and already in its third printing, and his newest book,The Grid, scheduled for publication in 1978.

Allen Hurlburt is a life member of the Art Directors Club, a fellow of the Royal Society of Arts, and a member of the Alliance Graphique Internationale. Since 1974 he has lived in London with his wife Regina and his daughter Susan, where he continues his teaching, writing and design research.

Please note: Content of biography is presented here as it was published in 1978.