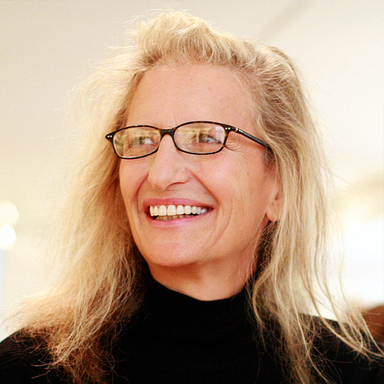 Annie Leibovitzs witty, powerful portraits have been appearing on magazine covers for more than twenty-five years. In that time she has become one of the worlds most celebrated photographers. Beginning with her legendary work forRolling Stone, and continuing through her long affiliation withVanity FairandVogue, she has established herself as an astute observer of American popular culture. In addition to her magazine work, Leibovitz was commissioned to be the official portrait photographer for the World Cup Games in Mexico in 1985, and created prize-winning advertising campaigns for American Express and The Gap. In 1990, Leibovitz documented the creation of the "White Oak Dance Project" for Mikhail Baryshnikov. She has worked with many other artistic organizations, including American Ballet Theatre and the Mark Morris Dance Group. Leibovitzs groundbreaking museum exhibition, Annie Leibovitz Photographs 19701990, organized by the International Center of Photography in conjunction with the Smithsonian Institutions National Portrait Gallery, has been traveling the world to great acclaim since its debut in 1992.

In the fall of 1999, Random House publishedWomen, a book of Leibovitz's portraits, with an essay by Susan Sontag.

Please note: Content of biography is presented here as it was published in 1999
Photo credit:Robert Scoble