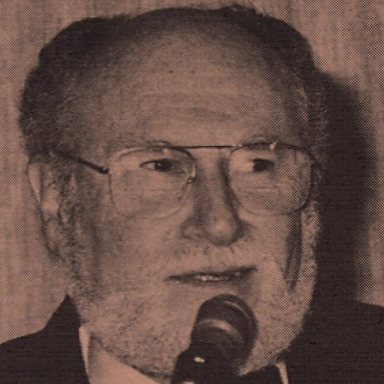 Even as a teenager, Art Paul had rebellious notions about what an illustrator should paint and what a painter should illustrate. He could not accept the distinction between "high art" and "low art" and admiredNorman Rockwelland Michelangelo equally. So frequently did he argue with his high school art teacher that he was amazed when she submitted his work to a scholarship competition that won him free tuition to the School of the Art Institute of Chicago. His education was interrupted when he volunteered for Air Corps Service in World War II. On his return, Paul chose instead to attend the Institute of Design.

During the war years, Chicago, and the Institute of Design in particular, had become a center of graphic talent with the influx of refugees such asMoholy-Nagyand other followers of the Bauhaus. Paul was intrigued by the ID, which aimed to give students inexhaustible resources by encouraging a challenging, questioning and experimentalist attitude. This fit Paul's personality and his post-war mood exactly, for he realized, as did his Bauhaus teachers, that Modern Technology had changed people's ways of perceiving reality. Although the ID did not imbue Paul with its scorn for "easel" painting, he abandoned the idea of doing any one thing as an artist. When he left in 1950, he felt he could take on anything.

Soon he was successfully freelancing as an illustrator but was frustrated with the 50s climate of bland commercialism which made it difficult to sell his best and most innovative ideas. Thus when Hugh Hefner offered him artistic autonomy in starting a magazine from scratch, Paul accepted. He had learned that "art directors are born through frustration and idealismfrustration because too many good images and ideas die if you're not the person in control, idealism because your own sense of quality and standards are often jeopardized if you're not in a position to fight for them." AtPlayboyhe was able to put his ID training into action, and working on a shoestring only added to the excitement of the challenge.

At the beginning, Hefner and Paul were the only two employees and had what Paul describes as an ideal editor-art director relationship of mutual respect and flexibility. This was crucial to Paul for it enabled him to lead the competition in putting new ideas and experimental solutions in print. AtPlayboy, Paul was able to implement what he thinks every art director must have, a "grand plan of his own."

Paul's grand plan envisioned illustration that combatted the literalism of the day by capturing the mood of a text and not merely a situation within it. He saw illustration not as decoration but as a way to provoke and intrigue the reader. He hoped to "generate excitement through craftsmanship and innovation, without sacrificing appropriateness and relevance" and to prove that "mass communication does not mean production-line communication." From the start, Paul avoided the sameness of illustration prevalent in the 1950s, a sameness, in Paul's view, born from a commercialism which "cheated illustrators of their true sense of themselves and cheated the client and the public of first-rate art." While illustration was stagnating, American painting was bursting on the 50s scene with unprecedented experimentation and vitality. Thus Paul's ideas about editorial art were timely.

Art Paul led what Print Magazine called the "Illustration Liberation Movement," and in so doing, madePlayboythe most visually exciting magazine of the day. His greatest challenge in buying art forPlayboywas to convince illustrators to free up and to persuade painters that they weren't selling out. Finding this difficult initially, he reproduced his own experimental work in the magazine to demonstrate to prospective artists the kind of artistic freedom he was allowing and requiring. Paul blurred the distinction between fine art and commercial art. Yet he maintained that as illustration, the work of both must be honestly relevant to the material illustrated while "illuminating words with an added dimension."

Not only did he vitalize the standard two-dimensional fare, he also introduced other media to magazine illustration, construction, collage, sculpture, and multi-media work. He developed working concepts that would be emulated by other publications. One of these was the layout of the interview page, which began with three photos above three quotes of the featured subject. Another was the use of visuals on the contents page where a detail of an illustration or a photograph from an interior page would be shown. Story copy was continued at the back of the magazine but headed with the same title typeface to make it easier to find. He also explored and helped develop what he termed "participatory" graphics such as die-cuts, pull-outs and pop-ups designed to enhance the editorial message as the reader turns the page.

Paul imparted a strong and comprehensive visual image toPlayboythat reflected the editor's intent of sophistication, urbanity, and liveliness. Key to this was his concept of pacing, an excitement generated by rhythm and flow, a balance in motion. This orchestration, or visual architecture, madePlayboya magazine to be perused; it felt friendly and abundant but did not overwhelm.

Except for the first issue, the rabbit logo has appeared on every cover ofPlayboy. Paul designed the symbol to be used in miniature as a sign-off to articles. Over the past thirty years, the rabbit, in some 240 variations, has identified hundreds of products and services of the Playboy Corporation. Paul explains that the rabbit succeeded because it was a symbol rather than a trademark. It is a testament to Paul's design acumen that the rabbit invokes universal recognition despite the absence of the Playboy name.

WhenPlayboywas new and financially limited, Paul turned to lesser-known Chicago artists in whose work he had faith. His willingness to hire new talent as readily as established artists continued throughout his twenty-nine years atPlayboy. He is credited with supporting many well-known artists early in their careers, artists such as Brad Holland,Paul Davis, Ed Paschke, Kinuko Craft and Robert Lostutter, to name a few. In encouraging young artists to do their best work, he advises them not to "set up religious orders around obviously successful illustrators and designers" or to "associate dogma with knowledge, or temperament with creativity."

The collective high caliber of Playboy illustrations enabled the formation of a traveling exhibition,Beyond Illustration: The Art of Playboy, which toured museums in the United States, Canada, Europe and Japan between 1971 and 1974. An updated version,The Art of Playboy: From the First 25 Years, opened at Chicago's Cultural Center in 1978 for a tour of North and South American museums and universities.

Paul has earned numerous awards for his work forPlayboyand for his own illustration, photography and design, including a number of special awards: from the Society of Typographic Arts, a special award for outstanding achievement in trademark design for thePlayboyrabbit head symbol; from the Art Directors Club of Boston, an award for "inspiring, encouraging, and creating an outstanding showcase for contemporary artists;" from the Art Directors of Philadelphia, the Polycube Award for "consistent excellence in communications;" from the City of Milan, Italy, their Gold Medal for his work on the exhibition,Beyond Illustration; from Art Direction Magazine, the first award in its publishing history for "interest and support of illustration and illustrators and the tremendous range of illustrative styles that run inPlayboymagazine;" from the Illinois Institute of Technology, Institute of Design, the Professional Achievement Award; and in 1980, election into the Alliance Graphique Internationale. Critics note that Paul has "elevated the art of illustration by giant steps" and that over his long stay at one magazine he "has not compromised the magazine's visual spontaneity and energy."

After thirty years atPlayboy, Paul wanted a change. Since leaving, he has applied to his own life many of the design values he preached in the past. He is trying to allow himself free rein in his painting and in his hobby of extemporaneous piano composition, making no distinction between work and play. Just as he made no distinction between high and low art, he makes no distinction between high and low design and thus has accepted a whimsically diverse assortment of design jobs. The enjoyment of tackling new design problems is as exciting to him as was his first involvement with art direction. Paul once stated, good design principles should apply to bubble gum wrappers as well as museum posters. He now applies his ideas to the design of hot dog stands and anti-war posters, knitting books and newspapers. And he makes no distinction between big and little clients, seeking only the fun of a different sort of challenge, and, at this mellow age of his life, the time to think out his solutions at a pace that allows him to enjoy each project fully.