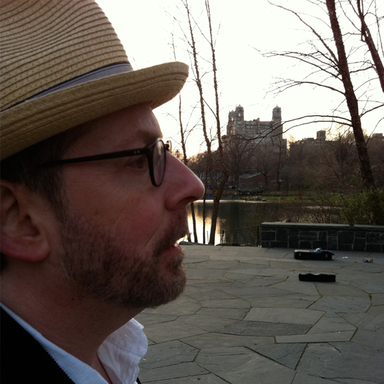 Barry Blitt is a cartoonist and illustrator, who through his many New Yorker covers, has become one of the pre-eminent American satirists. He is probably best known for The Politics of Fear, his provocative July 2008 image of Michelle and Barack Obama, dressed as a Muslim and a militant with an AK-47, fist-bumping in the Oval Office.

Since 1992, Blitt has contributed 250 illustrations and 70 covers to The New Yorker. His most celebrated covers include Deluged, (George Bushs White House awash in the aftermath of Katrina) it was voted Cover of the Year by the American Society of Magazine Editors in 2006. Many of his other New Yorker covers have also been finalists for the same award including, in 2008, Narrow Stance (a frontal view of the Iranian president being solicited in a public bathroom) and Ill Get It! (Hillary Clinton and Barack Obama in bed, both reaching for the red phone ringing at 3AM), First Anniversary (Obama walking on water) in 2010 and The Book of Life (Steve Jobs waiting at the pearly gates) in 2012.

Blitts work also appears in publications such as Entertainment Weekly, Time Magazine, Vanity Fair, Rolling Stone and The Atlantic. He illustrated Frank Richs weekly column in The New York Times for seven years. He has been honored with exhibitions and awards from the Society of Illustrators, Print, and American Illustration among many others.

In 1994, Blitt illustrated a postage stamp for Canada Post. He designed an animated sequence for an episode of Saturday Night Live in 1996.

Blitt has illustrated many childrens books, among them The 39 Apartments of Ludwig van Beethoven, Once Upon a Time, the End (Asleep in 60 Seconds) and George Washingtons Birthday: A Mostly True Tale, published by Random House this past winter.

Unfazed by the Digital Age, Blitt never stopped drawing with a dip pen and watercolors. When he isnt drawing, he plays the piano, occasionally performing at the Society of Illustrators with The Half-Tones, an illustrators jazz group he founded with Joe Ciardiello and Michael Sloan.

A Canadian national born in 1958, Blitt grew up in Cte Saint-Luc, Quebec, a municipality on the Island of Montreal. He currently residesin Connecticut.