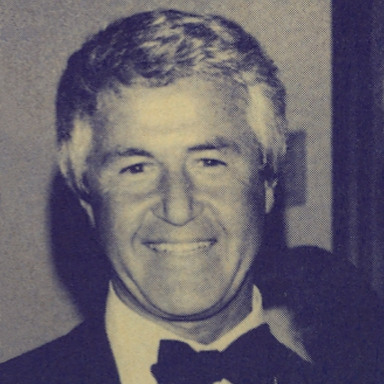 Spending time with Bert Steinhauser, either in person or through his work, is an exhilarating experience. His ebullient personality, coupled with his love for his craft and for humanity make him a dynamic one-man show.

Born in Brooklyn in 1928, Steinhauser attended Samuel J. Tilden High School and received the school's art medal. From there he went on to study at Brooklyn College where he was deeply influenced by his design professors. He augmented his studies with courses in advertising at Pratt Institute. After graduating from college in 1949, he accepted an offer from the William Becker Studio but soon moved on to Altman & Stoller, Kurnit & Geller, and to C.J. Herrick.

Steinhauser's first major account was Clairol. He was asked to come up with a way to show Clairol's extensive hair-coloring line in one ad. Steinhauser helped create a new photographic technique using convex mirror-imaging. One woman with a neutral hair color was photographed through a succession of convex mirrors. Each section was individually retouched to match the Clairol color scheme. The ad earned Steinhauser his first ADC Gold Award.

Steinhauser next went on to pursue new creative objectives with the Chivas Regal account. For eight glorious years, his work for Chivas graced numerous magazines, making Chivas one of the most sought-after scotches in the world. During this time, Steinhauser became interested in photography. The images ofArt Kane, Mel Sokolsky, andBert Sternaffected him deeply. Steinhauser's need for more photographic control and his dedication to perfection led well-known advertising photographer and friend, Wingate Paine to remark jokingly and with admiration, "Bert, shoot it yourself." More than 50,000 stills later, Steinhauser continues to photograph images for personal and professional purposes. He was, for example, one of the first photo- graphers to tap the resources of the 35mm camera for professional advertising photo shoots.

An early Steinhauser ad for Chivas showed a crocodile belt (his) wrapped around the famous bottle. The headline said, "Give Dad an expensive belt." The visual, bathed in deep black shadows, became Steinhauser's photographic trademark. His pictorial excursions intotrompe-l'iland silhouettes made simple, yet stunning, visual statements. Bernbach, increasingly aware of Steinhauser's talents as a photographer, supported him totally. Steinhauser remembers many weekends when he turned his office into a photo studio, giving him the added capabilities he needed as a complete visual communicator.

Other classic concepts for Chivas included a series of wonderfully eclectic magazine cartoons. Steinhauser hired artists like Charles Addams and Chuck Saxon to interpret the visuals. Although the tops of the pages said "Advertisement,"New Yorkerreaders were regularly fooled into believing that these stylishly subtle ads were part of the magazine's editorial content.

Steinhauser's work for Heinz represented his commitment to supporting the underdogs of advertising. His "skinny chicken" ad for their soup line helped bolster sales in a Campbell's-dominated market. The superb, western-themed, stop-action spots Steinhauser did for Heinz Ketchup are masterpieces of comparative advertising. Shot in Holland because of superior technique and attractive production costs, "High Noon" and others like it made Heinz the slowest-pouring and fastest-selling ketchup in the "West, East, North, and South."

Again employing the editorial advertising idea that had worked so effectively for Chivas, Steinhauser and writer Ron Rosenfeld produced one of the most spectacular sales reversals in advertising history. Rival Dog Food sales were so low that grocers sold more generic kibble than Rival. Steinhauser and Rosenfeld developed an ad that looked like a feature story fromLifemagazine. Using Life's typeface and photo-layout design, they told the very readable and enjoyable saga of an overweight man and his overweight pet. Entitled "Funny, fat people have fat dogs!" the ad reported on the problems caused by giving dogs non-nutritious food. No product shot or tagline was used. Rival's name appeared only three times, buried in the copy. Nevertheless, Rival's sales skyrocketed.

During the late 1960s, Steinhauser's personal quest for "advertising having to motivate, not just communicate," was realized again and again. His work for Close-Up toothpaste, Yardley, and "Big Blue" for S.O.S. were cases in point.

His favorite, however, was a 1967 public service print ad that chided Congress for not passing the Rat Extermination Bill. The visual was a photograph of a huge, menacing rat. The headline read "Cut this out and put it in bed next to your child." The copy, powerfully written by Chuck Kollewe tells how rats have "killed more humans than all the generals in history put together...that thousands of our children are bitten by rats each yearsome killed or disfigured." At the bottom of the ad was a list of all who had voted for or against the bill's passage, asking all who read it to take action. One person who did was President Johnson.

In a personal letter to Steinhauser, LBJ thanked him for his "timely and imaginative ad that surely played an important part in persuading Congress to pass this vital legislation" the second time around. Steinhauser is justly proud of this citation, more so than any of the hundreds of others he has received. This initial venture into the powerful worlds of public service and politics paved the way for his work with the Anti-Defamation League and the Democratic National Committee.

During the late 1970s, Steinhauser did a number of extraordinary ads for Porsche and Jamaica Tourism. His eye for color and typefaces literally made ads explode off the pages. He approached each assignment as if it were a 24-page poster. "Before you read it, you need to see it," he once remarked. In the Porsche ads, he used bold metallic colors and a Renaissance linear perspective that cut through two Carreras with razor-sharp perfection. On the other hand, the warm, colorful waters of Jamaica were exquisite foils for Steinhauser's layouts for Jamaica Tourism. Almost three-dimensional, the picturesque pastiche of images appear as if they jumped out of a children's pop-up book, capturing the allure and beauty of the island.

Steinhauser's last body of work for DDB was for Volkswagen. The recurrent energy crises, with odd- and even-day gas rationing paved the way for the country's attraction to the economics of owning a small car. In response, VW developed the Rabbit and Steinhauser and Bob Levenson developed the "Does It Again" campaign. Steinhauser also began to try his hand at directing commercials. His extensive knowledge of still photography made the transition smooth and logical. His work for VW on both fronts earned him four ADC Gold Awards in two years. Particularly effective was the "Sheik" spot. Shot in Jerusalem, a group of disgruntled Arab oilmen complain about the new Rabbit Diesel's being the best low-mileage car in America. Other gems in the campaign include Wilt Chamberlain singing the praises of the Rabbit's headroom: "more than my Rolls Royce," and the North Carolina Highway Patrol explaining how they use Rabbits to catch speeders.

Steinhauser left DDB in 1980, after almost 25 years of inspired visual communicating, to form his own production company. As Steinhauser explains, "Once I hit 50, my first half was over. I went out on my own because I wanted to explore new avenues. The second half of my life is what really counts." Bert Steinhauser Productions flourished for eight years. Its spots for clients ranging from Miller Lite to General Electric have won many Clios and New York Film Festival awards along the way. Steinhauser is particularly proud of an Illinois Bell commercial he shot in 1987. Simply titled "Stormy Weather," it features young lovers after an obvious quarrel, waiting to see who will pick up the telephone and apologize first. Beautifully shot in soft focus with pastel colors, the title track is played by a breathy tenor saxophonist reminiscent of Coleman Hawkins.

In 1982,Silas Rhodes, founder of New York's School of Visual Arts, persuaded Steinhauser to put on a one-man retrospective. For months on end, he planned what was to be a multi-media event. His work on both slides and film graced the gallery's stark white walls in carefully-timed, overlapping intervals.

Always an advocate of education, Steinhauser helped form the country's first M.F.A. program at Syracuse University. He still serves as a visiting professor there and also continues to lecture on advertising at seminars around the world.

An intensely private man who once wanted to be a rabbi, Steinhauser is proud of his close-knit family, wishing only to be remembered as a good husband and father. His legacy, however, extends far beyond his family, to the countless people within and out of the business who have been touched by his gentle, heartfelt celebration of life.