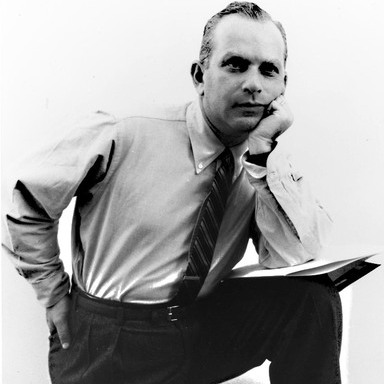 Bill Bernbach was a discoverer. He was the art directors first great benefactor.

He arrived on the advertising scene at exactly the right moment, when the great war was over, when America was changing, when people were thirsting for a new grace and clarity in this brave new world.

Bernbach had a vision unlike any other personality before himor since. He had an acute ear, a sensitive eye, a loving heart. He loved to discover art directors; and he loved to purr and revel at their magical power to conjure images. So there was no way that Bill Bernbach would start the worlds first creative agency (having worked with the dazzlingPaul Rand) withoutBob Gage, Bernbachs most inspired discovery.

Bill Bernbach almost worshipped the art directors visual magic, and he clearly understood that great advertising was great imagery, because the essence of communication has always been the unforgettable imageand he knew, he knew, that great imagery was a marriage of the verbal and the visual. So he searched for art directors with a fine talent who could blend it with the work of writerswho, until Bernbach, were the dominant if not the sole performers of the creative act of advertising.

He had this powerful vision when television was an infant and print was a forbidding wasteland. He brought taste to the business by spotting the talent around him and summoning art directors to their rightful roleas creators in the advertising process, as makers of memorable images, as the vital other half of the creative mystery that is at the heart of great advertising.

Bernbach discovered four ADC Hall of Famers: Bob Gage,Helmut Krone,Bill TaubinandGeorge Lois. And in this art directors pantheon other discoveries of Bernbach will probably follow. Bill Bernbachs special wisdom changed the role of the art director for the next hundred years.

Please note: Content of biography is presented here as it was published in 1983.