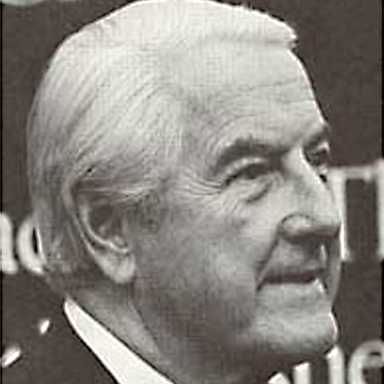 It's easy to see Bradbury Thompson as the archetypal New Englanderthe understated, quiet air of authority, Yale faculty, the Connecticut life, even the namebut he is a true son of Topeka, Kansas. The vitality of the great heartland reinvigorating the cradle of culture? Perhaps. It is not a problem Brad concerns himself about; there is too much work to be done.

How did he become "architect of prizewinning books, consulting physician to magazines," pre-eminent typographer, designer of stamps, multiple medalist? It all started in Topeka, where, as student editor and designer, he learned the printing business, from typesetting to binding.

A degree in economics helped: Thompson understands the world of commerce, its needs, the imperatives of communication, and he knows how to make it all work.

"I believe an avid interest in Type necessarily includes a zest for everyday life," he said, some twenty years ago, when he had already presided over Westvaco'sInspirationsfor eighteen years, had produced the multi-language periodicalsVictoryandUSAfor the Office of War Information, had served the inspired and innovative years as Art Director forMademoiselleandArt News Annual, and had just joined Yale's School of Art and Architecture. That "avid interest" in type is pervasive, scholarly, functional, and demanding, a deep font which has informed a variety of disciplines in an array of applications. The logic of consistency in graphic symbols and a young son's struggles with the capricious shifts in form between capital and lower-case letters led him to develop theMonalphabetandAlphabet 26as simplified alphabets. The latter is a precursor to so many "biform" letter applications that we sometimes overlook Thompson's innovative role in their development. The "zest for everyday life" nurtures the creative flow in Bradbury Thompson.

To create well is to teach; it is useless to inquire whether Brad Thompson has been more influential from the classroom or the studio. Certainly there is at least a Masters thesis in tracing out Thompson's impact merely through the pages ofInspirations, and lucky is the student who has access to a complete file, almost thirty years of an enormously creative periodical.

Bradbury Thompson's mark is impeccable taste applied with great elegancean elegance of simplicity, wit, and vast learningand an intimate knowledge of the process of printing, always with style, with informed taste. A postal service badly in need of style and taste found them in Thompson's "American Music and in a series of commemoratives such as "Lafayette," as well as in Christmas stamps for several seasons. His mark is on theHarvard Business Review, Smithsonian, and thirty or more other periodicals; on the Time-LifeFoods of the WorldandLibrary of Artseries, on the superb books he designedThe Bible, theTales of Edgar Allen Poe, and the writings of Thomas Jefferson, among so many.

His mark is upon us, too, in his respect for the reader and the reader's intelligencegood manners in art direction and design. The glitter and shine of tinsel will never again look so attractive to one whose eye has been led by Bradbury Thompson, with his respect for us, for his materials, and for the letters of the alphabet.

Please note: Content of biography is presented here as it was published in 1977.