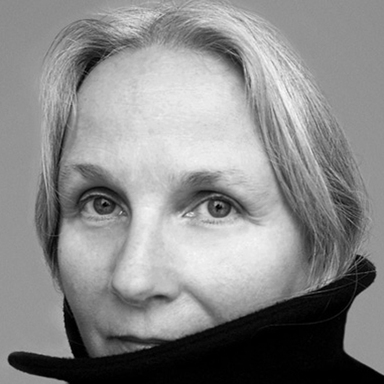 French photographer Brigitte Lacombe lives in New York City. Her loves are portraits and traveling. Lacombe anima|persona her retrospective book of photographs from 1975-2008, was published in 2009 by SteidlDangin with an essay by Frank Rich. "Lacombe cinema|theater" was published in 2001 by Schirmer/Mosel with essays by David Mamet and Adam Gopnik.

Brigitte left school to be an apprentice at the black and white lab of Elle in Paris. In 1975, at the Cannes Film Festival, she met Dustin Hoffman and Donald Sutherland.They invited her to the film sets of "Fellini's Casanova" and "All the President's Men". In 1975 in Los Angeles, she met Steven Spielberg, who invited her to work on the set of "Close Encounters of the Third Kind". David Mamet, in 1983, took her to The Goodman Theater in Chicago for the original production of "Glengarry Glen Ross". Gregory Mosher was the director. When in 1985 Mosher came to New York City as the artistic director of Lincoln Center Theater, he asked her to be its first and only staff photographer. She worked with him and Lincoln Center Theater for seven years.

Brigitte visits film sets as a special photographer, documenting movies from "behind-the-scenes", making portraits of actors in character, and shooting film posters. She works on the films of directors Martin Scorsese, Mike Nichols, Sam Mendes, Michael Haneke, David Mamet, Quentin Tarantino, Spike Jonze, as well on all of the projects of Anthony Minghella.

Brigitte is also a renowned travel photographer. She has been under contract for more than 25 years with Cond Nast Traveler magazine, shooting recently in Beirut, Oman, Cuba, Haiti, Senegal, Mozambique, Damascus, Paris, Sarajevo, and India. In 2000 she won the Einsenstaedt Award for Travel Photography.

She contributes to many publications including Vanity Fair, The New Yorker, The New York Times Magazine, Time, GQ, German Vogue, and Paris Vogue.

Brigitte recently directed a public service announcement with many actors and musicians for (RED) in support of their fight against AIDS. It can viewed in on HBO, CNN, and Youtube, among other places.