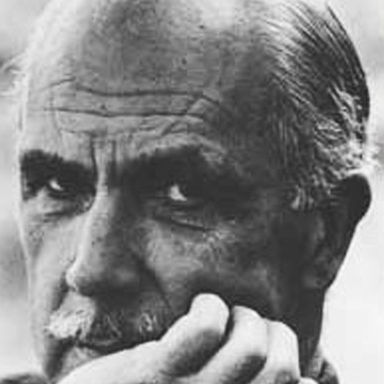 Many have used art and artists well, but perhaps none with the versatility, elegance, and thoroughness found in the continuous body of Charles Coiner's work. Coiner holds a special copyright when it comes to the merger of the fine and applied arts in advertising.

He spent his 40-year career art directing at N. W. Ayer & Son. As a staunch advocate of art as a vital element in modern communications, the most glittering talents of the dayDufy, Georgia O'Keefe,Norman Rockwell, and a hundred more all worked for him and with him on the agency's ads. They were artists whose works were filling museums and the pages ofCollier's, The Saturday Evening Post, Vanity Fair, and the other magazines. Often they worked with Coiner when they were not accessible to others in the advertising world.

Appropriately, Coiner's peers in 1949 honored him as the first American to receive the National Society of Art Directors Annual Award for distinction in the practice of his profession. The N.S.A.D. citation aptly presented his credo: "From the very start of his long career, he has stood for the principle that, regardless of the type of product or type of person who used it, better art would make better advertising. He has not succumbed to trick fads but has stood consistently in the vanguard of those whose work combines the sound foundation of the traditional with freshness of today and tomorrow."

Coiner's art advocacy was without cant or artifice. Simply, the best advertising demanded the best in art. What is unique to the artist's vision can impart a rare excellence to the visual language of advertising.

A native of California, he studied painting at the Chicago Academy of Fine Arts and then set out on his own course of education, spending a long period in Europe in the '20s. Propitiously, he absorbed the spirit of the classic tradition of Western art while finding himself at the center of the burgeoning modern art movement there. Upon his return to America, he found in Ayer a special empathic understanding that narrowed the distinction between the two cultures. The era was a turning point in communications.

By 1936, Coiner assumed complete charge of Ayer's vast art department. His warmth, perception, and intelligence inevitably identified with the Ayer working atmosphere, which became known as a professional environment where the young found confidence and guidance and the older, more experienced could function in an unfettered creative collaboration. Solely because of Coiner, many of the best talents of the time were drawn thereLeo Lionni, Robert Bach, Leon Karp, William Free,Jack Tinker, Neil Fujita, Ken Stuart, and Arthur Blomquist, to name a few.

Coiner's cavalcade of campaigns were innovative, intrinsically appropriate, and, in the style of the true master, seemingly effortless. Coiner cast great artists in fresh roles for unconventional graphic ambience. For instance, the soaring imaginations of Georgia O'Keefe,A. M. Cassandre, and Miguel Covarrubias brought a personal poetic dimension to Dole Pineapple ads. A Coiner-Edward Steichen collaboration for Cannon Towels was the first known use of a nude photographthen a feat. Coiner's imagery was richfrom Norman Rockwell's pin-pointed documentary naturalism in solutions for Bell Telephone, to lyrical soft-sell De Beers diamond ads by brilliant artists. Or another first: a wartime series for Caterpillar Tractors built on the themes "Ever watch a forest die" and "Watch the farms go by," touching on environmental questions years ahead of their time. Copy in Coiner ads was well honed and rich in ideas. Consider the famedLadies Home Journalads headlined "Never underestimate the power of a woman" (now a part of our vocabulary). But perhaps none were more significant than the Container Corporation "Great Ideas" series, which advertised its corporate sponsor, but also elevated the ad world intellectually and artistically.

Thus Coiner, a graphic architect, helped hold creative links together. He was not revolutionary in light of the changing trends or modes, but he helped make a silent taste revolution.

The man Charles Coiner was also engaged in a wide variety of activities. While an active art director, he was concerned with the education of young designers and was a trustee and advisor for the Philadelphia Museum and its College of Art, and served on the Boards of other art schools.

Other achievements: design of the NRA "Blue Eagle" emblem, creation of all the Civilian Defense designs during World War II, creation of the Red Feather insignia of the Community Fund, and designer of the War Fund insignia.

Coiner retired from Ayer in 1964. A vigorous, healthy, handsome man, he turned his resourcefulness to painting and to the outdoors surrounding his Bucks County Pennsylvania home. Ever a painter, Coiner's work hangs in New York's Whitney Museum and the Philadelphia Museum, and is still exhibited and runs in leading magazines. Coiner stands for the best of artistic traditions, for esteemed creativity, and the highest standards of performance and integrity.