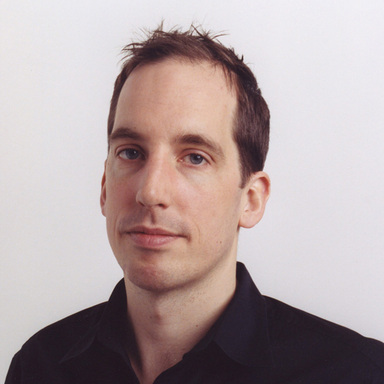 Christoph Niemann was born in Waiblingen, Germany in 1970. Between 1991 and 1997 he studied Graphic Design at the State Academy of Fine Art in Stuttgart, Germany, with Heinz Edelmann. The Art Directors Club of Germany awarded his master thesis with the Talent Of The Year Award.

His first stints in New York were internships for Paul Davis in 1995, and for Paula Scher at Pentagram in 1996, when he also did his first drawings for Rolling Stone and The New York Times Book Review. After his graduation from the art academy in Stuttgart in 1997 he moved to New York and started working as an editorial Illustrator.

He quickly became a regular contributor to most major magazines and newspapers. His illustrations have appeared on the covers of The New York Times Magazine, Wired, Time, Newsweek, Fast Company, Atlantic Monthly and The New Yorker. Even though he has illustrated almost every conceivable content, his obsession with politics, economics and culture have made him a staple on the pages of the New York Times Op-Ed page and The Book Review, as well as the financial page of The New Yorker, which has featured his drawings since 1999.

He was asked to illustrate ads for Nike, Microsoft, The Royal Mail, MoMA and Amtrak and has created popular animations for Google.

Christoph has written and illustrated many books, among them The Pet Dragon, a book that teaches Chinese Characters to young children and I LEGO N.Y. in which he has created ultra-abstract miniature sculptures of all things New York, from the famous to the mundane. With Nicholas Blechman, a frequent collaborator, he is the creator of the art book series 100%.

In 2008 he started Abstract City a visual blog for the Website of the New York Times. In this very personal series he explores his obsessions with New York, pop culture, food, music and family life by using a wide range of media from drawing with coffee on napkins, to Lego, from hand sewn Voodoo puppets, to autumn leaves.

Christophs work has garnered awards from all major design organizations, like the Art Directors Club, SPD, AIGA and American Illustration, and has lectured at design conferences in the US, Mexico, Europe, South Africa, Japan, and Australia. At the age of 29 he became the youngest member of AGI (Alliance Graphique Internationale).

Christoph and his wife, the art historian and journalist Lisa Zeitz, have three sons. In 2008 they moved to Berlin, from where Christoph continues to draw, write and animate for clients around the globe.

Christoph is also a member of ADC Young Guns, inducted in its second year.