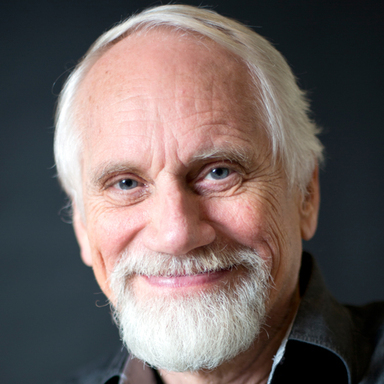 Dan is one of the few native Oregonians we have and is the whole reason most of us have moved our families to Portland. After graduating from the University of Oregon, Dan spent a few years in public relations before he applied his writing talent to the advertising business. Twenty-eight years ago Dan was a copywriter at a small Portland agency working on the Nike account with his partner David Kennedy. Phil Knight came to Dan and David and explained that he wasnt too thrilled with the agency they were working at but appreciated their talent and wondered if they had ever thought of starting up their own agency. Shortly after that conversation, Dan and David went out on their own with one small client and three other employees. And so Wieden+Kennedy was born in 1982.

Almost three decades later the legacy is still unfolding, and what started with five employees now has offices in Portland, New York, London, Amsterdam, Tokyo, Shanghai and Delhi, with nearly 1,000 employees working around the world. The growth has been nice, but that has really never been what motivates Dan. His goal was to start a different type of advertising agency.

An agency where people could perform at their best without the structures and bureaucracies that plague larger agencies. An agency that wouldnt lose its creativity as it grew. Sure, Dan has won a slew of awards and attention, but deep down he is just a regular guy trying to make a difference. And being that regular guy is what our clients most appreciate and value in Dan. What really differentiates Dan is his relentless ability to dream and inspire. In an age where integrity is seldom seen in the advertising business, Dans fight to remain independent and continue to provide a place where fellow dreamers can work has resulted in some of the best work of our time, and an environment where our people and our clients can both flourish.

In its 28th year under Dans leadership, Wieden+Kennedy has grown to be a global brand in its own right. With offices across the globe, W+K operates 24 hours a day, in dozens of languages, on projects as varied as branding international companies, producing sports documentaries and releasing some of Japans best music through W+K Tokyo Lab.

In 2008, Wieden+Kennedy was chosen by Adweek magazine as their Global Network of the Year, further proof that Dans vision of an independent, creatively led agency can make meaningful, progressive and challenging work for our clients. And that it can be profitable. In 2009, Wieden+Kennedy reported $2.08 billion annual capitalized billings working with a diverse client base that includes some of the worlds most recognizable brands such as Nike, Target, Levis, ESPN, Coca-Cola, Electronic Arts, Honda, P&G and Nokia.

Dan is also known for coining the Nike tagline "Just Do It".