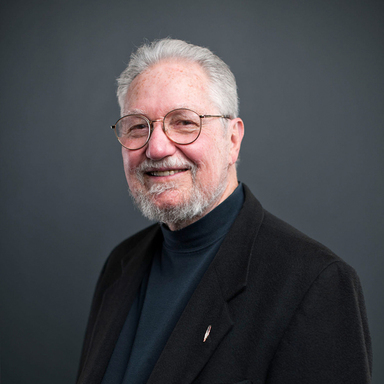 He mustve wanted the hell out of Chicago is all I can figure. Because he was standing there in my office doorway wearing a three-piece pin-striped suit. It was the was the first time I ever laid eyes on David Kennedy and the last time I ever saw him in that suit. After he got the job, he mustve burned the suit or given it to Goodwill, because for the rest of his working life, with only two or three minor exceptions, this man wore blue jeans and a blue work shirt. Period. It simplifies things, he said.

Simplifying the man is a bit more difficult. It would be easier to organize that rats nest of papers, photos, flags, buffalo skulls, woodblock letters and other artifacts he calls an office. But there are so many facets to Kennedy, arranged in no particular order, that you cannot get a complete picture of him even after 25 years exposure. He is completely centered, yet a mass of contradictions. For instance, he and I will be walking back from lunch trying desperately to find a way out of a particular business crisis, and I will be doing my damnedest to articulate the issue, break it down before it broke us down. He listens, challenges, takes another line of attack and then abruptly yells, Jesus, Wieden, look!

There, under a tree growing out of the sidewalk is a scrap of paper with an image I cant quite make out. He bends, picks it up, brushes off the grime, flattens it out. Isnt that beautiful? He gives his classic half-laugh, looks at me with a raised eyebrow. David Kennedy is addicted to beauty. It is this obsession with craftsmanshipcoupled with his startling conceptual talentthat has guided Wieden + Kennedy from the backwoods of Oregon out onto the international stage.

Given his complex nature, I told him, David, where do I start? The number of agencies youve been thrown out of would fill the entire space. Ditto your awards. Talk about the work? It talks for itself. You read his raw notes. You get a rare glimpse of the man behind the legend. A man of incredible warmth, passion, a man deeply connected to other people. Think of it as Kennedy: The Basement Tapes:

So, Wiedenif you could write a brief opening that spoke to our beginning and some kind of ending that speaks to our college fund involvement, that would be great. Some suggestions How we met at McCann selling plywood for G.P. How we left to sell plywood for L.P. How we left to sell sneakers for Phil Knight. (Dog chases car, dog catches car, dog is running 60 miles an hour with hot muffler in mouth.)

The environment we wanted to createa place where people could realize their potential, slime-mold theory, rules (The Work Comes First).

How, in the beginning, we didnt know/care anything about business or moneyjust wanted to make great ads.

Maybe how I introduced you to my heroesillustrators, photographers, directors, cameramen, etc., and how Nike allowed us (what did they knowwe picked the teams) to work with all these great collaboratorsCuesta, Marco, Pytka,Annie Leibovitz, Bridges, Piestrup, Elfman, Spike Lee, Manarchyon and on and on. How advertising is the process of collaborationart directors, copywriters, directors, photographers, musicians, editors, typographers, retouchers, engravers, printersblah, blah, blah.

How I would duck out of boring client meetings, financial meetings, research/planning meetings, new business meetings (meetings, meetings, meetings!!!) to get back to the waiting board (the mistress), the pressure of the ever-present deadline, the adrenaline, the rush of it alltrying to perfect an ad at the last moment in Dennis office with Phil Danalurking to tear it out of my hands to rush to the engravers camera.

How I hated computers, cut and pasted by hand standing at the Ingento (cutting board) in the mount roomstill do today. How I ended up being the worst art director in the shop, because I had to spend my time looking at work instead of making work, how it drove me crazy and how I left to make sculpture, but never left.

My retirement party. The Harley. The piper parade down Washington Street (the piper was actually wearing a Kennedy kilt). The fact that you and I were basically family guysfour Wiedens and five Kennedys and Bonnie and Kathleen and Ken Wieden, and how that was part of the fabric of the agencythe kids (staff) couldnt pull things over on us, but we knew to give them the room to fall down.

How one day the Indians appeared at our door, as if for years they had been patiently waiting (as is their way) for the right moment to come get me. Waiting for the day that we had knowledge enough, allies enough and understanding enough to come join them. And how they changed my life.

He has contributed so much to this industry, so much to our agency. But of all the things he has given me, and they are many, the most enduring are those three simple words: Jesus, Wieden, look.

David Kennedy was born in Kansas and grew up in Oklahoma.