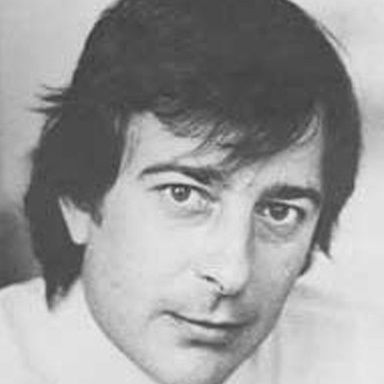 Still in his mid-30s, Edward McCabe has been a copywriter for 18 years. Brought up in Evanston, Illinois, he began his career in Chicago, moving to New York in 1959. While with Benton & Bowles, The Marschalk Company, and Carl Ally, he began to develop a reputation for writing advertising that people remember. By 1967, with his partners, he was ready to form Scali, McCabe, Sloves, where he is Vice President and Copy Director and has continued to create advertising that has become household words.

Among client companies he has helped make more famous are Volvo, Perdue Chickens, Salada Tea, Horn & Hardhardt, Vespa, Chun King, and Hertz. The following are a few examples from many ads and commercials that have won him awards. For Volvo: "The roads of America are strewn with broken promises," Fat cars die young," "Volvos last a long time. Isn't that bad for business?" and "We've strapped John Cameron Swayze to this stock, standard Volvo to demonstrate just how much this man can take." For Perdue: "It takes a tough man to make a tender chicken" and "My chickens eat better than you do." For Salada: "And you thought tea was just for weak old ladies." For Citizens For Clean Air: Tomorrow morning when you get up, take a nice deep breath. It'll make you feel rotten."

Awards include 12 Gold Keys from the Copy Club, One Show medals, honors in the Venice Film Festival, Art Directors Club of New York, ADC Tokyo, Cork Film Festival, and American Institute of Graphic Arts "50 Best." Additionally, for several years he was active as president of the Copy Club and now sits on its board.

Ed McCabe quit school at 15 because he wanted to go to work in an ad agency. One of the headlines on one of his ads today reads Keep Ahead of the Times." This would seem to symbolize what he has been doing all of his years in advertising.