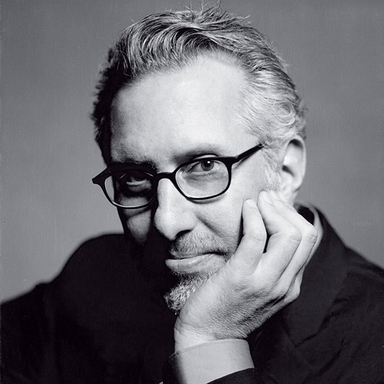 A select group of magazine editors, designers, and other denizens of publishings late hours will remember Fred Woodward this way: sitting in his darkened office, staring silently at the raw materials of his tradean image, a headlineand waiting. Andie Zellman, an editor who worked with him in the early 1980s atWestwardmagazine, described the state as Freds art trance. Robert Wallace, senior story editor ofPrimetime Liveand former executive editor ofRolling Stonefor seven years, calls Woodwards creative process a world where Everests become As and innertubes become Os and maybe only John Coltrane and Ornette Coleman can really understand what hes trying to do. To those whove observed him at work, he appears to be, in the words of Leonard Cohen, waiting for the miracle, the inspiration that will produce a page architecture that unites font, photography, design and journalism into a creation more powerful and sublime than each of its parts.

As the art director ofRolling Stone, Woodward has, in nine years, on a twice-monthly deadline, compiled a body of work that has redefined the possibilities of editorial design. In the process, he has driven himself to become, in the estimation ofPaul Davis, one of the best magazine art directors of all time. Woodward'sRolling Stonehas garnered more awards than any other magazine in the US and has hastened his entrance into the Art Directors Hall of Fame as the youngest inductee to date.

Woodwards arrival at the Fifth Avenue offices ofRolling Stonein 1987 was the natural culmination of a life journey begun in Noxapater, Mississippi (pop. 500), in 1953. As a student at Noxapater High (where he made all-conference quarterback), he found himself attracted to graphic design before hed ever heard the term. Music provided the gateway. At 17, he was mesmerized by the cover of Crosby, Stills, Nash and YoungsDj Vu. Gold-leaf type, the cover embossed like leather, a tip-on picturethe materials were so rich, I was fascinated, Woodward says. During high school, he likewise took note of a three-year-old music magazine based in San Francisco and spent hours copying his first name in the psychedelic style of the logo. At Mississippi State University and later Memphis State, Woodward switched majors from journalism to physical education to political science before settling on the graphic arts. He had taken only two courses in his new major when he landed his first job at Jack Atkinsons design studio on Goodbar Street in Memphis. The pay was $40 a week, the hours were grueling, but the chief client was the new regional magazine,Memphis. I remember asking Jack what an art director did, says Woodward, and a week later I was one. They felt so bad about what they were paying me that they just put me on the masthead. At 23, he began a four-year stint as the art director atMemphis, working on intuition and youthful energy, taking as his paragon theRolling Stoneof Mike Salisbury, Tony Lane, and Roger Black. In 1980, he moved to Dallass D magazine and then toWestward, the Sunday supplement of theDallas Times-Herald, where the staff consisted of two editors and Woodward, who was just beginning to trust his trances.

Woodward enjoyed total control atWestward, but he was also convinced that nobody was looking at it. To get feedback from his peers, he entered the Art Directors Club competition for the first time in 1982. The results stunned him; so much of his work was accepted that he had to take out a small business loan to pay the hanging fees. In 1983, he joinedTexas Monthly. The circulation was bigger, the platform more visible, and his work started to regularly attract national attention. Here, he began relationships with some of the greatest illustrators and photographers in the country.

Four years later, Woodward moved toRolling Stone. When he started, the magazine was counting down to a special 20th-anniversary issue. He and his new staff took to the archives to conduct a blitzkrieg retrospective of the magazines design history. I was scared to death, he says. I wanted to do work that measured up to that 20-year legacy. In his effort to reconnectRolling Stoneto the roots of the magazine that I loved and waited for every two weeks, Woodward reinstated the Oxford rule framing all editorial, an element that had been tossed aside in an effort to modernize the magazine. It turned out to be incredibly liberating, he says. I felt that whatever I did, if I did it inside that border, it wasRolling Stone. According toSteven Heller, Woodwards career can be traced to the lineage that begins withAlexey Brodovitchand continues throughHenry Wolf, both of whom expressed admiration for innovation grounded in tradition. Whats great about Freds work is that its essentially classically based, says Arthur Hochstein,Times art director. It assumes that the written word is something thats valuable.

AtRolling Stone, text has great value, but its not too sacred to have fun with, as Woodwards quirky type experiments prove. Says Robert Wallace, Freds work draws on older and deeper Eastern traditions that are rooted in ideography and nonlinear logic. And, according toMilton Glaser, the invention and high energy that he brought to the job at the beginning has never flagged. One might truthfully say thatRolling Stoneis better now than it has ever been. Perhaps the ultimate tribute can only come from the esteem of a mentor. I guess we all make mistakes, thinking that our way is the only way to go, says Henry Wolf. I was guilty of this were it concerned my work as an art director. Along came Fred Woodward withRolling Stone. Thats when I realized there was something new that was good. Jann S. Wenner, chairman of Wenner Media and the editor and publisher ofRolling Stone, last year appointed Woodward the first and only creative director of the company. In this capacity, Fred oversees the visual articulation ofRolling Stone, US, andMen's Journal, as well as the companys other projects, including books and new media. Fred is truly a visionary in the field of magazine art direction," says Jann Wenner. "Hes a creative force whose energy, skill, and talents continue to amaze and astonish me. After close to ten years, his creative DNA has become an integral part of theRolling Stonespirit."