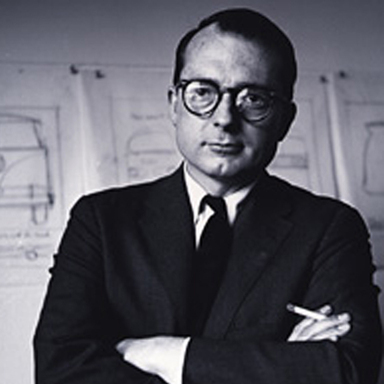 I became interested in what they used to call industrial design at an early age. But then I saw an Art Directors Show in 1950, which was totally dominated by a brand new agency, Doyle Dane Bernbach. I decided advertising could be so good it was worth doing. I joined DDB in 1954. By 1965 everyone was doing "Volkswagen layouts.

Gagesaid to me, "How small can headlines get before they disappear?" So with Avis I did the opposite. The headline became large (and moved to the top), the body copy large. To fit on the page, the picture had to be very small. The whole thing was coolly arrived at, calculated to turn current advertising upside down. I have phases. But one thing remains constant. I'm always after an individual personality for the product. A total way of speaking. An ad that reflects the companythat is the company itself.

The only quality I really have an appreciation for is newness. To see something no one's ever seen before. New comes at 11 o'clock at night when you've spent a day hunched over the board. New means breaking rules. You can't feel clean inside if you want to do something creative.

I've worked with a couple of geniuses in my life. I've spent long hours making up for not being a genius. Nothing I do ever turns out exactly right. It's never what I expected. I know how to be a designer and how not to be. In the beginning I did design. Then I got away from it.

I was doing concept advertising where everything is subordinated to the idea. Right now, I'm back to heavy design, what someone called the "presentational concept. The presentation is the idea. But I could drop tomorrow. Changing keeps me alive.

I've spent my whole life fighting logos. Logos say I am an ad. Turn the page. I don't just leave out the logo. I give something better. I try to make the page so clean and effective, you can't stick a logo on it.