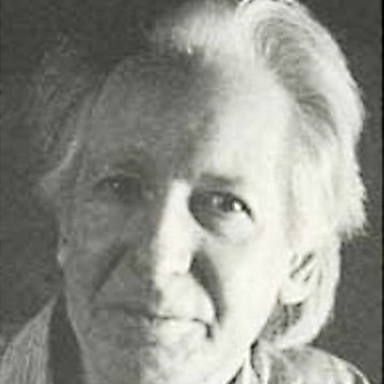 Herbert Matter taught himself how to shoot pictures with a camera left in the Paris apartment where he was staying while a young painting student. We can be grateful because Matter, a life-long experimenter, probably would not have fared as well if he had adhered to a single school or approach. Instead, he went his own way.

He has helped replenish our vision of the world with his own, and images often exist only because of Matters camera. With great pictorial imagination, he has added a new synthesis in editorial, ads, fashion, and especially in photographs and films on the art of artists, on the aesthetic experience itself. As a teacher, and in graphic design for clients, he has seldom given less than his whole, for it seems impossible for him to create anything casually. Rich in range and quality, his work is completely original.

Swiss born, he studied painting at L'cole des Beaux Arts, Geneva, then in Paris, where he came under the guidance of Fernand Lger. Influenced by the internationalization of art fermenting in the city in the '20s as well as the Bauhaus, he was absorbed by all the forms of graphic expression. He worked withA. M. Cassandreon posters, with Le Corbusier on architecture and displays, and the Studio Deberny Peignot hired the talented youth as photographer-typographer-layout man.

He owes his career, in part, to a lady with long legsMarlene Dietrich. His Paris stay ended one night after attending a Dietrich film at an art theater. It was law that foreign students renew their visas, which Matter had neglected to do. When the theater was raided by authorities and Matter was found without his, he was put on a train for home.

Now in Zurich, His posters for the Swiss National Tourist office were immediately to bring him recognition outside his own country. He pioneered photomontage techniques. Before color photography, this darkroom perfectionist could achieve a freshness and harmony in his colors and photographic surfaces by dyeing various elements photo-chemically.

He came to America in 1936, and as a photographer worked for Harper's Bazaar, Vogue, many other magazines, and New York ad agencies. He helped design the Swiss and Corning Glass Pavilions at the 1939 World's Fair. His photography was soon the subject of a one-man show at the Pierre Matisse Gallery, and was included in exhibits at the Art Institute of Chicago and the Art Museum in Los Angeles.

He took on two long-term associations in 1946. As Design and Advertising Consultant for Knoll Associates, his agile and structured photos and sales promotion designswhether of Barcelona chairs or new silverwarewere as avant-garde as the furnishings. As staff photographer for Cond Nast Publications, he sealed his reputation as a master of motion. He would find the pattern of form, to make a new statementexperimenting with light as it moved to reveal a face, a jewel. In fashion and all his work, he used the same tools, darkroom, compass, drafting board, paste pot, scissors, type, and picture files.

He has exhibited enormous gifts for interpreting artwork. He has handled displays for the Museum of Modern Art, Solomon R. Guggenheim Museum, and the Houston Museum of Fine Arts. A sustained effort of much of his life has been exploring the mysteries of the creative process.

Soon to be a book are photos of the sculptures of his friend, Alberto Giacometti. Wrote Louis Finkelstein in his introduction to his show at the American Institute of Graphic Arts: Matter is an artist who can cross the gap, which imprisons each of us in our limited awareness, to make the essence of another personality real. He uses the medium not to record facts but understanding."

Earlier, Matter's innovating color film on Alexander Calder and his mobiles revealed the same imaginative shooting and meticulous editing. His additional films include an educational series on R. Buckminster Fuller, a film on Segovia, and animation for Universal's movie "Guns of August.

Matter has lectured at the New York Studio School since 1964. He has been a Professor of Photography and Graphic Design at Yale University since 1952, when Josef Albers asked him to help create the department that today lists distinguished graduatesIvan Chermayeff, Bruce Davidson,Tom Geismarand Arnold Saks.

Herbert Matter says he has remained a student. His attitude combines passion, tact, and discipline.

Please note: Content of biography is presented here as it was published in 1976.