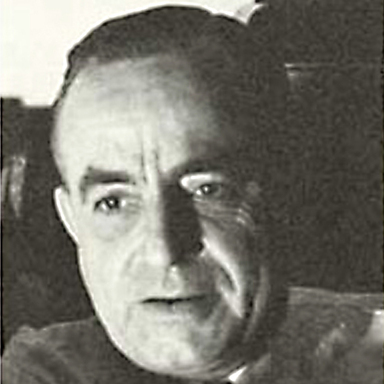 Heyworth Campbell once redesigned a newspaper. The result was so handsome and so original that Robert Benchley was impelled to "review" it in theNew Yorker. The newspaper wasThe Morning Telegraph, and its new Campbell format, said Benchley, was "as beautiful as anything we have ever seen in a newspaperwe may just frame a copy and keep it to look at."

That was Heyworth Campbell, fresh from seventeen years with Cond Nast, using in theTelegraphthe prodigious talent that had been creating such distinctive styles for the pages ofVogue, Vanity Fair, andHouse and Garden.

Campbell, who was born in Philadelphia and attended art school there, came to New York in 1906. By 1910 he was art director for Nast, becoming widely recognized as a pioneer in magazine design, typography, and layout.

In 1927, Campbell entered advertising, joining the then Barton, Durstine & Osborne agency. As general account executive and art consultant on all accounts, he had much to do with campaigns for Atwater Kent, General Motors, General Electric, Arrow Collars, Bond Bread, R.H. Macy, and Abraham & Straus. His unusual around-the-corner nameplate for A & S was used for decades as their advertising shingle.

Then he went on his own, with the Heyworth Campbell Studio, an art directing, design, and typographic service functioning on a one-at-a-time basis for a variety of accounts, includingGood Housekeepingpromotion, Lederle Laboratories, Lucien LeLong, Butterick, and Dodge Publishing Co.

How did he go about redesigning a publication? "Oh, I don't know exactly," he said in an interview forPM, the production managers' journal. "I make an analysis of the publication, find out who it goes to, look over typical issuesthen analyze the editorial content, find out what they are trying to saythen try to do it the way it should have been done in the first place."

About print advertising, he remarked, "You start with the thought. Then come the wordsyou've got to look at your stuff with an editorial eye, from an impartial angle. It is or it isn't. If it isn't, chuck it, or get out of the business."

Heyworth Campbell was a founding member of the Art Directors Club, and its third president, serving in 1922 and 1923. He remained a member of the advisory board throughout his life.

Campbell's outlook never aged. He continued to learn and to grow until he died in 1953.Dr. M.F. Agha, upon Campbell's death, remarked, "We have all lost a friend and the world has lost one of the great workers in the field of art, to which he contributed so much."

Please note: Content of biography is presented here as it was published in 1975