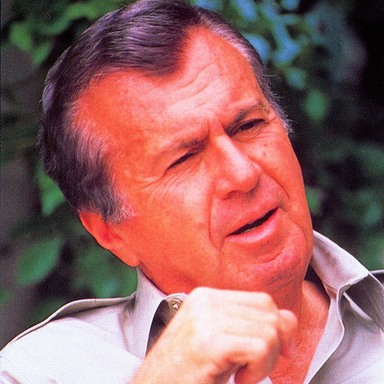 Howard Zieff is the advertising legend whose comic eye and flawless direction put Benson & Hedges 100s and Alka-Seltzer on the map. He is also the Hollywood film director whose boundless energy, attention to detail, and acute sense of timing contribute immeasurably to the success of films likePrivate BenjaminandMy Girl.

Zieff grew up in Los Angeles and at eighteen enlisted in the Navy. He was stationed in San Diego as a staff artist for the Navy News. Then the call came for a staff photographer so Zieff went through the Navy's photographic and motion picture program. Once Zieff finished with his military tour, he enrolled in the Los Angeles-based Art Center School. He worked as a newsreel photographer and local television director in Los Angeles for a while, but decided that advertising was the medium he really wanted to break into.

The relocated Zieff became one of Madison Avenue's best-known photographers, riding the crest of a highly-energetic creative revolution in advertising. He contributed images of reality and humor to the business of selling products and became a master of the art of persuasion through laughter. He made his name for his still photographic work on posters forNew York Daily Newsand Levy's. Doyle Dane and Bernbach assigned him to the Revlon, Polaroid and Volkswagen accounts. His unique illustrative format, situational humor cast with real people, was also used on campaigns for Kellogg's Corn Flakes, Lipton Soup, and the new Sony line of miniature portable TVs.

Zieff was one of the first still photographers on Madison Avenue to move into television commercials. The realities of urban life and indigestion took the form of a series of rapid-fire situational tummy close-ups in "No Matter What Shape You're In" for Alka Seltzer. The frustrations of commercial production for both director and actor were portrayed at their ironic best in Alka-Seltzer's "Mama Mia Spicy Meatball." (This spot is still regarded as an industry art form and the best-remembered television commercial of all time according to a Broadcast Museum poll.)

Benson & Hedges introduced its new 100mm length cigarettes with ironic Zieff humor. The biggest disadvantage of smoking Benson & Hedges 100s seemed to be getting used to keeping distance between you and everyone or everything else. In a quick rash of real-life scenarios one quickly realized that you could get your cigarette crushed while talking on the telephone or entering an elevator; they wouldn't fit in conventional cigarette cases; and could be a fire-hazard at crowded cocktail parties or while reading the morning paper.

Zieff worked his charms for two major airlines. In one Braniff Airlines spot, the announcer is packaged "en crate" and flies via baggage class to prove that Braniff takes better care of your luggage when traveling overseas. When TWA wanted to stress their commitment to service, they also called on Zieff to show how dedicated to the challengeand to the incentive of a million dollars in bonusestheir employees were to giving their passengers the best in conscientious attention.

American Motors also fell under the Zieff spell introducing the sportiness of the Javelin on regular city streets, the racecar-like handling of the AMX at the racetrack, and the classiness of the Ambassador in a spot entitled "Homecoming." A young Robert De Niro is cast as the Lower East Side boy who makes good and comes home to show how well he's done uptown by taking his mother for a drive in his new Ambassador.

Zieffs work for Volkswagen's print campaigns earlier in his career was highly successful, but when they paired up again on television, the combination was magical:

Taking a page from a Hollywood classic, the townspeople storm down to the castle of Dr. Frankenstein. But the dear doctor and his six monster/assistants make their getaway bag-and-baggage in a Volkswagen bus.

Hollywood's portrayal of John Steinbeck'sOf Mice and Menprovided the base elements for Volkwagen's introduction of the Automatic Stick-Shift Beetle.

Pre-Nixon Sino-American relations were the basis of the yet another YW spot: a Volkwagen Camper Wagon is refused entry at a Red Chinese border outpost because it can handle larger loads than any of their economically priced vehicles.

Zieff brought the virtue of pragmatic values home again in another well-remembered VW spot. InFuneral, we see a procession cruising down the freeway on their way to paying their last respects to an obviously self-made millionaire. The voiceover provides us with the background on the series of characters and their cars via the reading of the deceased's will. The large, luxury car owners with their wasteful, spendthrift habits lose out to the inheritor of the vast estate: the practical, common man nephew Harold who is driving a VW Bug.

WhenTimemagazine named Zieff the "Master of Mini Ha-Ha," Hollywood took special notice. In 1972, after several offers, he accepted MGM's invitation to film the comedySlitherfor his directorial debut. He cast James Caan, Sally Kellerman and Peter Boyle into a script that included extravagantly detailed comic vignettes of a classic chase spoof.

Slitherbecame the first of a string of comedies with the Zieff imprint:Hearts of the Westwith Jeff Bridges and Andy Griffith humorously depicts urban-rural relocation;House Callsis a satirical look at modern mores and the medical profession starring Glenda Jackson, Art Carney and Walter Matthau, andThe Main Eventis a farce about the fight game with Barbra Streisand and Ryan O'Neal.

He then directedPrivate Benjamin, which earned Goldie Hawn an Academy Award nomination for her portrayal of a Jewish American Princess who winds up in the Army. It also drew an Oscar nomination for Eileen Brennan for her hilarious performance as a tough drill sergeant.

Private Benjaminchronicles how the shallow life of a pampered, directionless Beverly Hills debutante-turned-wedding-night-widow changes when she impulsively enlists into the Army (only to change her mind once she arrives at boot camp) and grows into a woman of initiative and self-confidence.

Zieff summed up his approach to film directing as follows: "Directing is a constant conversation between the actor and the director. In comedy, you are recruiting somebody who already has the talent and the facility of delivery. All you, as a director, have to know is what you want and how to express itand let the actors give you the gifts of embroidery."

After the incredible success ofPrivate Benjamin, he continued to hone his philosophy on more features. InUnfaithfully Yours, Zieff orchestrated the talents of Dudley Moore and Nastassja Kinski in the story of rich, famous symphony conductor who is struck with a bolt of possessiveness over his beautiful Italian wife. Imagine Films Entertainment producedThe Dream Team, an off the wall comedy starring Michael Keaton, Christopher Lloyd, Peter Boyle, and Stephen Furst as four mental patients on the loose in Manhattan.

An admirer of Capra, Zieff was drawn to the script ofMy Girlbecause the humor was grounded totally on human relationships and character. This film stars Macaulay Culkin, Jamie Lee Curtis, and Dan Akroyd.

Throughout his career in both advertising and filmmaking, Howard Zieff has shown us that relentless hard work and a perfectionists eye combined with a detective's nose for finding humor in reality creates the form of infectious humor and universal accessibility that is the true mark of great comedy.