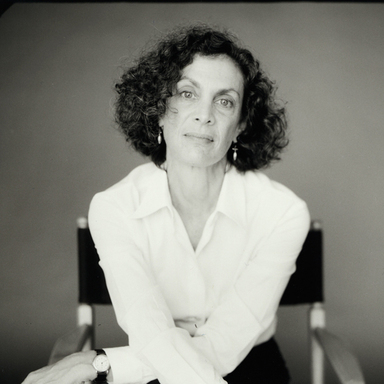 To me, Janet Froelich isnt a magazine art director. Dont get me wrong: she is an art director, and a great one (having won more than 60 gold and silver awards from graphic design organizations, for one thing), and I have known my share of art directors, and lets leave it at that. But Janetwho officially is the creative director of the New York Times Magazine, overseeing the look of not only the weekly magazine, but ofT, our new style magazine andPlay, our even newer sports magazineshes something else, in so many ways, but most crucially in this one way: shes a journalist.

She starts the day like a journalist, and has for the twenty years she has worked at theTimes, reading the paper,reallyreading the paper. She works like a journalist, understanding that every decision is a bit of a group decision, and thus not Art. (She trained as a painter, and began her career as a painter, so she knows what it is to make Art, and how making a magazine is something not quite Art). She has the temperament of a journalist, that combustible admixture of curiosity, impatience, righteousness and a keen desire to get things right and true. And like a journalist she sees the worldabsorbs the world, laments the world, marvels at the worldthroughstories.

A story: One airliner, and then another, are piloted into the Trade Center towers. The lamentable world is raining ash and bodies on the marvelous world of lower Manhattan (where Janet has happened to live since her Artist days), and within hours, we in the magazine offices on the 8thfloor of the Times Building are completely ripping up an issue set to close in seventy-two hours and beginning to plan instead, or beginning toimagineif we can planamid panicked calls to spouses and kids and friends and what nota 9/11 issue. Amid the many other riddles of that terrible day, our riddle: How to conceive a cover that will not be conceived by every other magazine doing approximately what we are doing, a cover that will memorialize the event but somehow get beyond it, a cover that will tell a storya story not just of the awful event but of our feelings about it? In meetings, and there were many meetings that day, Janet listened, questioned, jotted, interrupted, noted (shes a journalist). Then while my colleagues and I on the editorial side talked to writers, she talked to artists downtown. Among the artists were two, Paul Myoda and Julian LaVerdiere, who had been working in a studio on the 91st floor of the north tower, conceiving a light sculpture for the building. The cover she coaxed out of them so quickly, a simple and not so simple digital manipulation of a photograph by Times photographer Fred Conrad, is called The Phantom Towers, and became not only an icon of the tragic attack but inspired a real-world, scaled-updoppelganger: actual lights projected upwards, ghost-limb-like, from Ground Zero, just like our cover. Our most memorable cover. Ever.

A journalist, doing with concepts and photographers and illustrations and type treatment what we editors do with words: thats how I have always thought of Janet. A rarity, but maybe not forever. So many young designers have passed through our art department in the years we have worked together, and so much has rubbed off on them. Janetmentorslike a journalist, too. Among those she has mentored, along with so many young art directors around town, is me. Shes taught me how to think and edit visually. Now the two of usthe art director whos a journalist, the journalist whos learned to think like an art directornow we are able to speak a common language. How many editors can say that about their magazines art director?