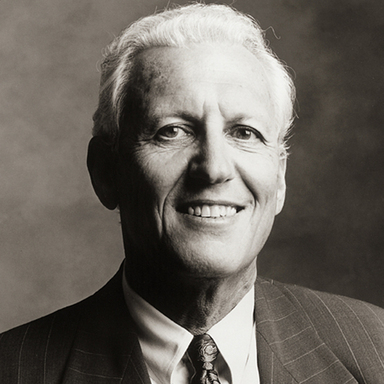 After receiving his degree from Rutgers University, Jay attended the Columbia Graduate School of Broadcasting and later graduated from the UCLA Executive Program. He started his career in advertising as a copywriter for the Leland Oliver Company. He became Creative Director before leaving in 1962 to form Jay Chiat & Associates.

Chiat/Day was born in 1968 when Jay teamed up with Guy Day. Thumbing its nose at conventional advertising wisdom, their agency was one of the first to have its headquarters in Los Angeles. It quickly grew into a major force in advertising with offices in Los Angeles, New York, San Francisco, Chicago, Dallas, Toronto, and London.

At Jays direction, Chiat/Day was the first agency in the United States to introduce Account Planning, a research-based discipline which establishes a dialogue with consumers to ensure that the advertising is relevant to its target audience. Chiat/Day became famous for its distinctive, breakthrough campaigns.

Jay always believed that the working environment had a direct impact on the creative process, and the remarkable offices designed by Frank Gehry and Gaetano Pesce bear witness to his philosophy. Jay reinvented the way people work by transforming Chiat/Day into a virtual office, one of the first in the U.S.

Jay won numerous honors, and as anyone who ever worked with him would attest, it was largely because of Jays tireless enthusiasm.Advertising Agenamed Chiat/Day Agency of the Year in 1980 and 1988, and Agency of the Decade in 1989.

After Omnicoms acquisition of Chiat/Day, Jay shared his creative vision of the future as a consultant to Omnicom. His career in advertising spanned more than 40 years. He died at the age of 70 in April 2002.