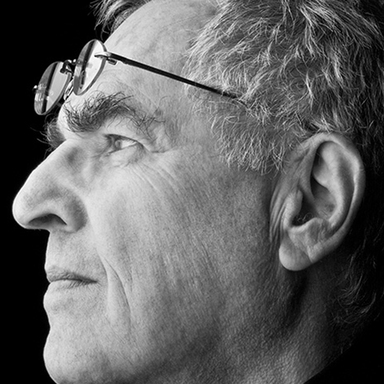 Jay Maisel finds beauty in a thousand placessome whose association with beauty is incongruous, all where there was beauty to begin with. The distinctive light and gesture in Maisels vibrant photographs, which set them apart from the work of other photographers, have earned their creator a reputation of excellence. By the time Maisel was 24 years old, he was given a solo show at Photographers Gallery in New York. Yet it took at least five years more before Maisel would admit to being a photographer.

Maisel became interested in the visual arts at an early age. He concentrated on graphic design in high school, and after graduation studied privately with painter Joseph Hirsch. He spent the next three years at Cooper Union in New York, where he studied painting, drawing, architectural design, and calligraphy. Maisels interest in painting and graphics then led him to Yale University and, there, to Bauhaus master Josef Albers. Although Maisel was at the top of Alberss class in color perception, his restless personality was incompatible with the pace of painting. Morris Kantor, a teacher, concurred, describing Maisels paintings as emotional outbursts.

At Yale, working with a group of student artists and architects and philosopher/engineer Buckminster Fuller, Maisel chanced to use a camera seriously for the first time. While his only formal photography instruction was a class withHerbert Matter, he absorbed Andreas FeiningersIntroduction to Photographyand found himself sneaking off to take pictures when he was supposed to be painting and drawing. It is not surprising that his photographs have been described as painterly and compared to the work of J. M. W. Turner and Andrew Wyeth.

Before becoming a freelance photographer for major advertising agencies and corporations in the United States and abroad, Maisel photographed extensively on his own. At the age of 25, he decided to see every art director at BBDO, and sat in their offices every day for weeks. With no luck there, he moved on to J. Walter Thompson. Finally, after a month, his patience paid off and he received his first assignment. Once home, he looked at his portfolio, reread the requisition, then looked at his portfolio again. The agency wanted him to shoot a woman lifting a curtain in a studio, yet his entire portfolio consisted of outdoor shots using available light. He had no idea how to use lighting. Approaching crisis point, he recalled a lessonAlexey Brodovitchhad taught him: Do the assignment for yourself even if youre doing it for them; do it for yourself as well as for them. With that in mind, Maisel made the client wait a week and a half until the available light was right.

Choice and selection, rather than imposition and manipulation, are the hallmarks of Maisels philosophy. He does not believe in manipulating the image either before or after he releases the shutter. When asked by Pete Turnerfamous for his imaginative use of filtershow he achieved such fantastic lighting effects without polarizers or filtration, maisel replied, I wait.

Maisel takes many of his personal photos while on assignment for corporations, and sells dye transfers to private collections. A Maisel photograph seen in a gallery may also show up in a commercial work. He doesnt make a distinction between art and commercial work, says friend and artist Joel Meyerowitz, and probably Rubens didnt make a distinction, either, when he made things for himself and when he made things on commission. Jays biggest following and celebrity is in the world of commercial photography, and he is revered there as a real heavyweight professional with a great appetite and an engaging eye.

John Morrison, an art director for Campbell-Mithun in Minneapolis, once accompanied Maisel to photograph Winnebago motor homes in North Dakota and was a little concerned because of the photographers superstar status. I thought, Does he really want to go to North Dakota and shoot motor homes? Will I be getting the back of his hand? Not only did Maisel shoot from 4 a.m. to 11 p.m. for six days straight, but Morrison insists that Maisel must have influenced the very weather. The week we had glorious sunrises, sunsets, a thunderstorm. I told him, Ive never seen this kind of light before, and Jay said, Its always around, You just dont see it.

Maisel has taught at the School of Visual Arts, and at Cooper Union from 1969 to 1974. His work has been recognized with awards from, among others, Cooper Union, The Art Directors Club, The American Society of Media Photographers, Syracuse, and the International Center of Photography, New York, and with solo exhibitions at Cooper Union, the International Center of Photography, The Silver Image Gallery, the Alternative Center for International Arts, and the Space Gallery, which he co-founded with Ernst Haas and Turner in 1977 in New York when none of the citys galleries were showing color photography.

Maisel continues to teach young photographers at workshops, seminars, and lectures around the world and in his studio, a six-story former bank building on the Bowery in New York. Visitors are ushered onto an indoor basketball court, entrance to the domain of a self-described pack-rat collector who readily admits to having the soul of a janitor. The Bank is filled with his photographs and esoteric aesthetica.

For over 30 years, Maisels unique images have made people stop and looka horizontal shot of the Eiffel Tower for United Technologies Corporations, a scorching sun in a brilliant red sky for Carrier air conditioners, a stunningly red car hood for Inmont paint. In each, copy is minimal, the advertisement relying on the photograph to make its point. Maisel has used a surreal image of helicopters, shot for a Sikorsky spread, as his own promotional piece. He gives the same meticulous attention to both his commercial and personal work. Maisel tells his students, If youre really lucky, you can structure your work, on rare occasions, to where youre doing exactly what you would like to do. Which is to wander around, blindly looking for things, without any preconceived notion. Thats the way I like to do it.

Please note: Content of biography is presented here as it was published in 1995.
Photo credit:Jeff Schewe