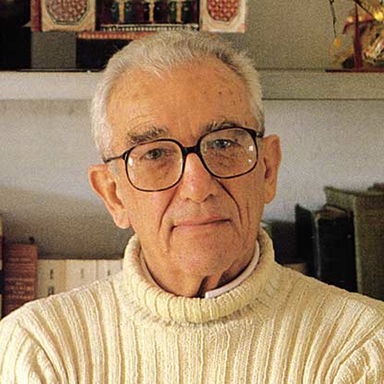 Leo Lionni is what they call a Renaissance man. Most recently applauded for his writing and illustrating of childrens books, he has been a corporate art director, magazine art director, and government consultant. He has continually refused labels or strictures during his career. In fact, soon after earning the "Art Director of the Year" award from the National Society of Art Directors in 1955 and the Architectural League Gold Medal in 1956, he retired at the age of 50to be able to continue to "re-invest" his considerable talents. Today, he resides in Italy, where he creates his childrens materials, makes films, gets involved in architecture, draws, and sculpts.

Born in Amsterdam, he received a Ph.D. in Economics. His design skills were self-taught. He came to the United States in 1931 and was made art director for several firms, including N. W. Ayer & Son, the Container Corporation, the Chrysler Corporation, General Electric,Ladies' Home Journal, andFortune. Then followed design director for the Olivetti Corporation of America, head of the Graphic Design Department at the Parsons School of Design and co-editor ofPrint.

He earned national and international honors for his art direction and illustration. While in India on a world tour in the late 1950s, he became consultant to their government. Later, he designed the "Unfinished Business" Pavilion at the Brussels World's Fair. In 1967, he was appointed George Miller lecturer.

His success and fame as a juvenile author-illustrator has few equals. He has won four Caldecot Honors andThe New York Timesselection as one of the '10 best' for four years running. "Frederick," one of his favorites, has been aBook of the Month Clubselection and is read everywhere. His books entertain young and old.