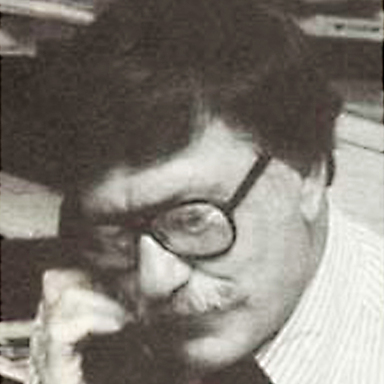 It was in 1944, while Lou Dorfsman was serving with a public relations unit of the U.S. in Dallas, Texas, that he discovered CBSin that years Art Directors Club Annual, of all places. CBS was well represented by intelligent and provocative work of high graphic standards, evidence of what was even then a long-standing corporate tradition of design excellence and logic.

Lou made up his mind to work there. After all, hadnt he just won the first and second prizes for poster design in a national U.S. Army art contest?

At wars end, Lou applied to CBS and became a staff designer. Lou describes working conditions at CBS as a designers hot-house, conducive to personal growth.

And grow he did!

A believer in the elegance of simplicity, Lou considers his concepts and visual expressions of twenty-five years ago to be valid today, except for typographic style.

Hall of FamerHerb Lubalin, Lous classmate at Cooper Union, tells us that all of his work has been influenced by what Lou has done throughout the years.

Milton Glasercalls Lou quite simply, the best corporate designer in the world.

Hall of FamerSaul Bass, when he heard he would be asked for a comment, left for Europe for five weeks!

Please note: Content of biography is presented here as it was published in 1978.