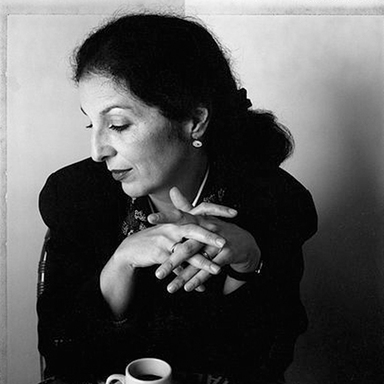 Louise Fili reinvented book jacket design in the 1980s during her eleven-year tenure as art director of Pantheon Books. Louise may never have known that all the assistant designers, myself included, collected her covers like baseball cards, since we guarded our stashes like they were all Mickey Mantles and would never have traded unless we had doubles.

The daughter of Italian schoolteachers, Louise visited her parents homeland at sixteen, quickly became addicted to Italy and has visited virtually every year since. Growing up, she developed a love of typography, stealthily carving letterforms into the wall over her bed at night. Later, after sending away for an Osmiroid pen that she saw advertised in the back ofThe New Yorker, she began creating illuminated manuscripts of Bob Dylan lyrics. I can only imagine what the backs of her notebooks looked like.

A graduate of Skidmore College, Louise designed special project books at Alfred A. Knopf from 1975-76, worked forHerb Lubalinfrom 1976-78 and then joined Random House as Pantheons art director in 1978. Two thousand book jackets and a truckload of awards, acclaim and articles later, Louise left Random House. I remember wondering what she could possibly do to top herself. In 1989, she opened Louise Fili Ltd., in order to pursue her three loves: type, food and Italy. It made total sense.

Louises passion for 1930s Italian and French poster design, as well as all that ephemera that once adorned her officethe Italian candy wrappers, soap packages, wine labels and signagemigrated from her book covers to her restaurant design. In fact, while researching Italian Art Deco in Italy in 1990, she stumbled onto a collection of pasticceria papers that enticed her to switch from books to food packaging.

Louises first restaurant design was for Prix Fixe, conveniently located just across the street from her studio, and as payment, she was given an unlimited tab. I still have the matchbox. Over the years, she has designed identities for fine eateries across New York City, including Picholine, The Harrison, Noche, Artisanal and Metrazur. For over twenty years, Louise has been an instructor at the School of Visual Arts and has taught at the New School, New York University and Cooper Union. She has lectured on design across the world and has won awards from just about every design organization out there. The woman in black who raised the bar on book jacket design in the 1980s has now clearly set a new standard for restaurant and food packaging design. Louise Fili reinvented herself in a way that has been marvelously inspiring for all of us who have ever wondered whats next.

-From an essay by Gail Anderson