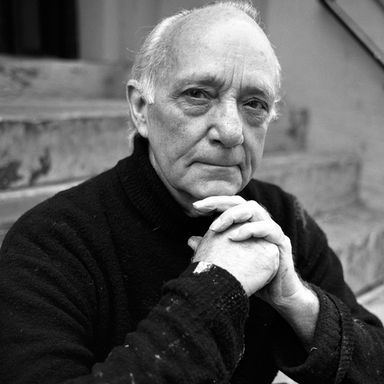 The paintings and drawings of Marshall Arisman have been widely exhibited both internationally and nationally, and his work may be seen in the permanent collections of the Metropolitan Museum of Art, Brooklyn Museum, the New York Historical Society and the National Museum of American Art, Smithsonian Institution, the Guang Dong Museum of Art, Telfair Museum of Art, as well as many private and corporate collections.

His illustrations have appeared on the covers of Time, U.S. News and World Report, The Nation, The Progressive and The New York Times Book Review. His editorial work has appeared in every national publication including Esquire, Rolling Stone, Playboy, The New York Times Op-Ed page, The Village Voice and Business Week.

Among his other books areThe Cat Who Invented Bebop(winner of the bronze medal by ForeWard magazine Book of the Year Award) published by Creative Editions. He has co-authored four books with Steven Heller:The Education of an Illustrator,Inside the Business of Illustration,Teaching Illustration and Marketing Illustration(all published by Allworth Press).

Arisman was the first American invited to exhibit in mainland China in 1999. The exhibition Sacred Monkeys, appeared at the Guang Dong Museum of Art.

He is the subject of a full-length documentary film directed by Tony Silver titledFacing the Audience, The Arts of Marshall Arisman. The film received the Creative Achievement Award from the 2002 Santa Barbara Film Festival.