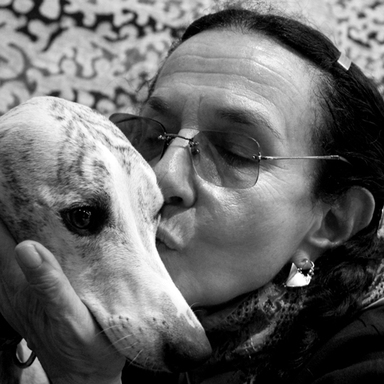 Mary Ellen Mark has achieved worldwide visibility through her numerous books, exhibitions and editorial magazine work. She is a contributing photographer to The New Yorker and has published photo essays and portraits in such publications as LIFE, The New York Times Magazine, Rolling Stone and Vanity Fair. For over four decades, she has traveled extensively to make pictures that reflect a high degree of humanism. Today, she is recognized as one of our most respected and influential photographers. Her images of our worlds diverse cultures have become landmarks in the field of documentary photography. Her portrayals of Mother Teresa, Indian circuses and brothels in Bombay were the product of many years of work in India. A photo essay on runaway children in Seattle became the basis of the Academy Award - nominated film Streetwise, directed and photographed by her husband, Martin Bell.

Mary Ellen was presented with the Cornell Capa Award by the International Center of Photography in 2001. She has also received the Infinity Award for Journalism, an Erna & Victor Hasselblad Foundation Grant and a Walter Annenberg Grant for her book and exhibition project on AMERICA. Among her other awards are the John Simon Guggenheim Fellowship, the Matrix Award for Outstanding Woman in the Field of Film/Photography and the Dr. Erich Salomon Award for Outstanding Merits in the Field of Journalistic Photography. She was also presented with honorary Doctor of Fine Arts degrees from her alma mater, the University of Pennsylvania and the University of the Arts; three fellowships from the National Endowment for the Arts; the Photographer of the Year Award from the Friends of Photography; the World Press Award for Outstanding Body of Work Throughout the Years; the Victor Hasselblad Cover Award; two Robert F. Kennedy Awards; and the Creative Arts Award Citation for Photography at Brandeis University.

She also acted as the Associate Producer of the major motion picture, American Heart (1992), directed by Martin Bell.

Her book, Exposure, is a large retrospective book published by Phaidon Press. It showcases 134 of Mary Ellens best images, including both iconic and previously unpublished images.

Her recent book and exhibition project, Extraordinary Child, was commissioned by the National Museum of Iceland and features photographs of children at two specialized schools for the disabled in Reykjavik. Martin Bell also made a film on the same subject, which premiered at the exhibition.