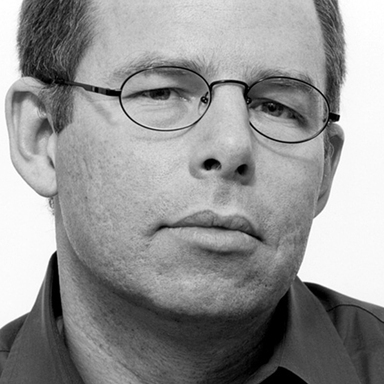 Michael Bierut used to open his slide lectures with a pair of maps that demonstrated his geographic connection to his then boss, hero and mentorMassimo Vignelli. Vignelli came from Milan, Italy; Bierut came from Parma, Ohio. This little joke speaks volumes. The elegant Vignelli is an architect by training, a rationalist and formalist, a designer who employs a methodology that allows for the exclusive use of only five typefaces, applied in every instance with perfect proportion and scale.

Michael Bierut is distinctly American. He quotes the films of Preston Sturges and Billy Wilder verbatim, loves American jazz and rock n roll, has a million CDs, knows everything about them, and knows everything about baseball, too. Bierut studied design at the University of Cincinnati College of Design, Architecture, Art and Planning, graduatingsumma cum laudein 1980. During this period he managed to collect everyCommunication Artsand Art Directors Club annual produced and proceeded to commit every work and every credited designer to memory. He can recite them still, to this day. Young Bierut interned for Chris Pullman at WGBH in Boston before moving to New York with his bride and high school sweetheart Dorothy Kresz in the early 80s.

He went to work for Vignelli and shortly became a sort of wunderkind. The 80s were a heady and confusing time for designers. Postmodernism was in full flower. Established design rules and principles were challenged by a new generation of designers. migr had been publishing their typographically radical magazine. Cranbrook was teaching deconstructivism and designers were experimenting with the computer or experimenting with typefaces and design styles that were 50 years old. Bierut, rising to vice president of graphic design at Vignelli, appreciated it all. His affinity for the new styles had nothing to do with rebellion. He absorbed the new designers and their work the same way he had absorbed the CA annuals, the Preston Sturges movies and the baseball stories.

Bierut also immersed himself in the design community. He became president of the New York chapter of the American Institute of Graphic Artists and then, in the late 90s, president of the national organization. He brought disparate design groups together, fostered positive debate and strengthened the community. He also used the opportunity to design a pile of postcards and other mailers for AIGA. He was developing his own visual vocabulary.

After 10 years at Vignelli, an offer to join Pentagram seemed ideal. It was already set up. There was already a desk. Bierut was Number Two at Vignelli in graphic design. At Pentagram, he would be Number One with 18 other Number Ones. He joined in 1991.

At first, he experimented as widely as possible on each new project but then found himself returning to the ever-reliable understructure. His work for the Brooklyn Academy of Music relies on classic Vignelli formalismthe rules, the gridbut the strident cut-off type demonstrates the Bierut wit. His publication and poster system for the Yale School of Architecture pays homage to Vignelli in black and white with typography in perfect proportion and scale, but he used every typeface available to mankind. Michaels Scale poster with the great big circle and the small word scale is his unabashed love letter to Massimo.

If the 80s and 90s had shifted design practice in terms of style, methodologies and technologies, they had also changed the ways businesses thought about and purchased design. Here Michael Bierut has infinite patience. In a Bierut dialogue, design is never separate from the corporation or person purchasing it. It is not something mysterious, elite or abstract, but something human, informal and enjoyable. It can be analogous to a movie, a piece of music or a baseball gamethings that real people understand.

Michael Bierut has taken pure European formalism, added a layer of American populism and made it, through warm conversation, accessible to and appreciated by those who have listened to him. They in turn have made it accessible to everyone else. Formidable.