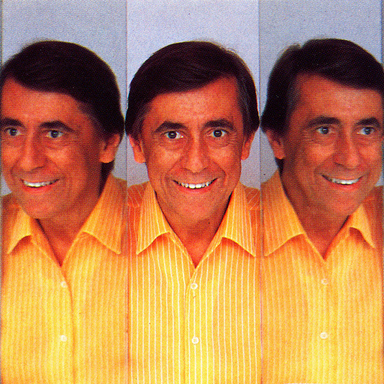 Give a 12 year-old boy the choice between running out to play ball or running out to a museum and it's no contest, unless that 12 year-old is Onofrio Paccione, a youngster of such immense talent that his work would one day deserve its own place in those museums he haunted.

At 21, he was the protg ofPaul Rand, "the father of intelligent advertising." At 22 he was the youngest art director ever to head a major cosmetics account, Revlon, developing the renowned "Fire and Ice" campaign with Kay Daley. At 25, he was the head art director of Grey Advertising.

At 30, Paccione became a partner in one of the great class agencies of the 1960s, an era that saw agencies like Leber Katz Paccione light up the horizon with great work. Who could not think better of Lowenbrau beer after seeing a pilsner glass next to a champagne glass, accompanied by one line of copy, "If they run out of Lowenbrau, order champagne." The ad was conceived, written, art directed, and photographed by Paccione.

At age 40, when most careers are just shifting into high gear, Paccione sold his share of his agency and began a new career in photography that would illuminate the industry with its sheer brilliance. And just as Paccione was never content to be an illustrator, or a designer, or an art director, he has never been content with being a fashion photographer, a food photographer, a still-life photographer, or a people shooter. Paccione is all of them, and as a sideline, official photographer of two presidents, Richard Nixon and Jimmy Carter (again demonstrating his extraordinary ability to cross lines).

Today, this energy called Patch finds that photography alone is no longer sufficient to keep his talent fully occupied. In addition to carrying out such diverse shooting assignments as Rolls-Royce, Perrier, Dansk, and Winston, Paccione, after 35 years, is now painting againhis talent coming full circle.

Just as he visited museums and pored over art books at age 12, he's visiting museums and poring over art books again. Then, in awe and wonderment. Now, with direct purpose. How did Monet get that color? How did Cezanne accomplish such effects with raw canvas? What types of pigments did Gauguin use? How did Matisse accomplish such harmony? Study, study, study, in much the same manner as the masters studied, and copied, and learned from each other. Art book after art book, not merely read, but marked, and underlined, and indexed. Paints from Holland where the masters had theirs mixed, hues laid out in relationships, side by side, 96 in all. And more study. And then, endless hours at the easel, far into the night, often into the next morningpainting, painting, painting.

Onofrio Paccione is the son of Philip and Ida Paccione, born in Brooklyn, the second of five sons. As a youngster, his energy went into art. There was little left for other studies, and his grades at P.S. 48 showed it. Headed for academic disaster, Patch was saved by the smart fat kid on the block whose running insult, "all Italians are stupid," supplied the impetus to crack the books.

I decided then and there I'd prove him wrong. I started studying night and day. I found myself getting better and better and enjoying it. From then on, I was a straight A student all the way.

And valedictorian of his Brooklyn Community College graduating class of 1948.

What a bore it would be to have no challenges.

Walk into his adjoining apartment and you encounter a wall of books so high, it is dizzying at the top of the ladderwell-read books, many dog-eared from serious use, walls covered with art (naturally), sky-high ceilings disappearing into a matte-black finish, wine-velvet drapes rich in texture, imposing in their dignity. Dramatic in its entirety, protective in its quiet isolation, it is a haven that permits not a single sound to creep in from the clattering world outside. This is Patch's place.

Right across the street is Ralph's and Marty's place, Ammirati & Puris Inc. Next door is the Chiat/Day/Mojo beehive. Agencies galore, up and down the avenue, surrounded by their critical support systems of expensive restaurants and pricey shops. But not 16 years ago when Patch bought this 5,000 square-foot loft on the fourth floor, it was surrounded by vacant buildings, outdoor parking lots, and things that go bump in the night. Now it is surrounded by bright lights, laughter, and expense-account activity, and lower-Fifth Avenue land values have risen accordingly.

In October 1991, the Art Directors Club of New York honored Paccione with a one-man show. A book of his life's work is underway. His paintings are already attracting collectors, and the Des Vergers Gallery has been opened to handle his work exclusively.

Another of his interests may turn into yet another career. Armed with his camera, Paccione combs the city in search of "unexpected art," as he calls it. Textures, weathered posters, interactions of exotic shapes and materialshe crops them with the lens (reminiscent of the great Henri Cartier-Bresson) and shoots, and creates pure art. And yet another gallery is interested in handling his work.

When you look at this great diverse body of work and ask, "Patch, who are you?" he answers, without hesitation, I'm a photographer. I'll always be a photographer. I love the magic of the camera.