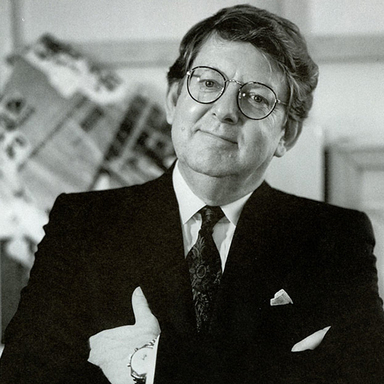 Paul Daviss restless naturewhich reveals itself in the variety of visual approaches and problems he has chosen to explore in his career as an artist, graphic designer, and art directormay trace its origins to his pioneer ancestors. The son of a Methodist preacher from Texas and grandson of a Kansas newspaperman, Davis grew up in various small towns in the West and Southwest before attending Will Rogers High School in Tulsa. His art teacher there, Hortense Bateholts, was the first person to tell young Davis he might be able to make a living as an artist. More encouragement came at the age of 17, when he won a full scholarship to the School of Visual Arts and moved to New York. His work was noticed byArt Paul, art director ofPlayboy, and merited him some assignments even before graduation. In 1959, six months out of art school, Davis joined the very influential Push Pin Studios, spending three years there before leaving to begin his freelance career.

Daviss discoveries and enthusiasms of those years included early American painting, the works of Ren Magritte and the Surrealists, artists of the early Italian Renaissance, and Jasper Johnss stunning target paintings, which coalesced into a style distinctively his own in a seminal series of paintings and portraits on wood completed in the early 1960s. Employing the vocabulary and techniques of his influences, Davis borrowed form popular media such as old postcards and etchings.Jerome SnyderofGraphisobserved, One of the persistent strengths of Daviss art is its independence of any prevailing faddishness or stylistic trendsThe durability of [his] prodigious output rests on more permanent pillars.

Soon after Davis opened his own studio in 1963, his work began to be published in most major magazines of the period, includingAudience, Esquire, Horizon, Life, Look, McCalls, Monocle, Ramparts, Redbook, Show, Sports Illustrated, andTime. Daviss style was a marked departure in the field, and paved the wave for an entire generation of illustrators. In 1972, a young artist from Texas told him it was hard to get work from regional magazines unless your work looked like Paul Davis. One art director, after being told that Davis would not execute a painting to his specific instructions, argued,
But I want your style.
A lot of people can do my style, Davis replied.
You mean you want to do thethinking? Davis was told. You should have been an art director!

In 1974,Giorgio Soavi, author and creative director of Olivetti, commissioned twelve paintings for Olivettis yearly desk calendar. Davis produced a series of pastoral images based on his recollections and fantasies of the past. The edition was enormously successful, but did not contain any information about the artist. One Italian critic praised the paintings and determined that they were by an obscure 19thcentury American painter, whose work had gone unpublished but obviously was endowed with strictly pictorial qualities. He wrote, None other could indulge in similar descriptions, just like in the old days. He created a trompe-l'il so dear to our forefathers.

Daviss paintings were included in gallery and museum shows in New York, Paris, and Rome. After seeing Daviss portraits of animals at Galleria II Gabbiano in Rome, Soavi noted, With their dignified eyes gazing into our own eyes, as if staring at the eyes of their first photograph, these whimsical animals watch us, impatient to come to life.

Daviss human portraits, too, captured attention because they seemed to reflect their subjects inner reality. His paintings of the famous and not-so-famous include political, literary, and entertainment figuresJoan Baez, Ingrid Bergman, Jimmy Carter, Lyndon Johnson, numerous members of the Kennedy family, Timothy Leary, Jack Nicholson, George Orwell, Ronald Reagan, and Meryl Streep, among them. His first famous poster, a romantic portrait of Che Guevara forEvergreen Review, aroused such a strong reaction when it appeared in New York City in 1967 that many copies were defaced and the magazines offices were bombed by Cuban dissidents. By the same token, the piece became an enduring icon of the period.

Throughout the 1970s and 1980s, Daviss work became familiar to New Yorkers through entertainment posters on buses, subway platforms, and city walls. Kurt Vonnegut once wrote, [Daviss] work is the face of the city at its best to an amazing degree. In 1987, a special Drama Desk Award was created to honor him for his theater posters.

Davis served as art director for Joseph Papps New York Shakespeare Festival from 1985 until the producers death, and was founding art director for the American Museum of the Moving Image in Queens and for the magazinesNormalandWigwag. Many public and private collections around the world house his paintings and posters; his1976 Three Penny Operaposter, for instance, is in the permanent collection of the Museum of Modern Art, New York.

In the mid-1970s, the first of three major retrospectives of Daviss paintings was presented in Kamakura, Kyoto, and Gunma, Japan, and at the opening of the Centre Georges Pompidou in Paris. A 1987 retrospective included more than 180 paintings, drawings, and posters, and another in 1989, of 85 posters, toured throughout Japan. In 1990, Davis received an honorary Doctor of Fine Arts degree from his alma mater, the School of Visual Arts, where he also teaches; the coveted Medal from the American Institute of Graphic Arts, upon whose board he later served; and the Lifetime Achievement Medal in Visual Arts from the American Academy of Arts of Guild Hall, East Hampton.

Eve interested by the chance to experiment, Davis acquired his first computer in 1988 and eventually taught workshops at Kodaks short-lived Center for Creative Imaging in Camden, Maine. He still refuses to confine himself to a single style. Sometimes a stick figure can express the human form more eloquently than a skillfully modeled drawing or a photo-realistic painting, he once said. I dont believe that one is inherently more truthful than another.