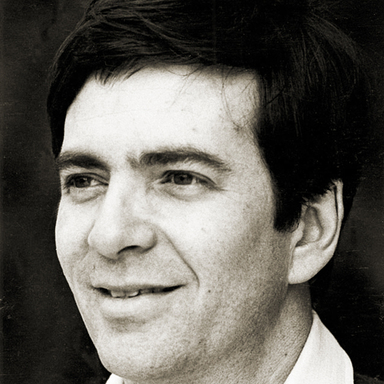 Philip B. Meggs was born in 1942 in Florence, South Carolina. He began his career at age 16, hand setting metal type after school, and developed a great love for the types and the letterforms he printed. An avid reader who pored over the words and illustrations in books and magazines, he also spent many hours drawing and painting. As the time to choose a career approached, he decided to go into graphic design.

In the early 1960s, there was no place to study illustration and layout in his state, but a guidance counselor told him the Richmond Professional Institute (which later merged with the Medical College of Virginia to form Virginia Commonwealth University) was one of the finer art schools in the country. A train trip to Richmond convinced Meggs that the students were doing exciting work there. After a year at what is now Francis Marion University, he transferred to RPI. His teachers included abstract expressionist painters and European modern designers educated at Moholy-Nagy's Institute of Design in Chicago. Meggs says, "This dualism forced my classmates and me to deal with conflicting aesthetics and find our own paths."

After college, Meggs worked as senior designer at Reynolds Aluminum and at age 24 became art director of A. H. Robins Pharmaceuticals, one of the ten largest pharmaceutical companies in America. These jobs gave him the opportunity to design an amazing range of projectsposters, booklets, packages, a quarterly magazine, exhibitions, annual reports, and even advertising campaigns, because Robins followed the European model of having some of the pharmaceutical product advertising designed by in-house staff. This diversity provided useful experience when he moved into teaching.

In 1968, Meggs's former teacher John Hilton, the Chairman of the Communication Arts and Design Department at Virginia Commonwealth University, invited Meggs to lunch and persuaded him to try his hand at teaching. Meggs recalls, "Although Hilton overstated the advantages and understated the dilemmas of teaching, I found it to be a magical yet challenging experience. Teaching a creative endeavor is a difficult balancing actimparting information, coaching and critiquing without destroying the student's confidence, and trying not to impose your vision onto the student's work."

From 1974 until 1987, Meggs chaired the VCU Department of Communication Arts and Design. During that time enrollment doubled, and the graphic design program was augmented with majors in illustration, photography, and media. Courses in the history of visual communications, along with design and communications theory, were added to the curriculum. Competency-based instruction was introduced in typography, print production, layout techniques, and later, computer graphics courses. Since the 1970s, the program has been widely respected in the industry as one whose graduates are well prepared for the profession. A Master of Fine Arts in Design program was launched in 1978.

During Meggs's first semester of teaching, a search for information about design history and creative methodology convinced him that educational materials did not exist. He began to compile information for use in his classes, which led to active writing. In 1974, he began teaching a course in the history of visual communications and started his first book, the 500-pageA History of Graphic Design. The first edition, with over 1200 illustrations, was published in 1983 and received an award for excellence in publishing from the Association of American Publishers. Now in its third edition, AHistory of Graphic Designhas been translated into Chinese, Hebrew, Japanese, Korean, and Spanish. ACommunication Artsreviewer wrote, "I expect it to become a foundation keystone of serious studyit is a fortress work." TheNew York Timeshailed it as "A significant attempt at a comprehensive history of graphic designit will be an eye-opener not only for general readers, but for designers who have been unaware of their legacy."

Typographic Design: Form and Communication, written and designed with his colleagues Rob Carter and Ben Day, was selected for the 1985 AlGA "50 Books of the Year."Type and Image: The Language of Graphic Designwas published in 1989. He has written a dozen books and over 150 articles and papers on design and typography. Meggs's graphic designs have been included in theArt Directors Club Annual, Graphis Annual, Graphis Posters, Communication Arts Design Annual, andPrintmagazine'sRegional Design Annual. Since 1993 he has been a member of the U.S. Postal Service's Citizens Stamp Advisory Committee, which recommends subjects and designs for United States postage stamps.

Meggs has been married to his college girlfriend, Libby, an art director and illustrator, for 37 years and has two children. Meggs also serves as visiting faculty at Syracuse University and the National College of Art and Design, Dublin.

Please note: Content of biography is presented here as it was published in 2002.
Photo from AIGA