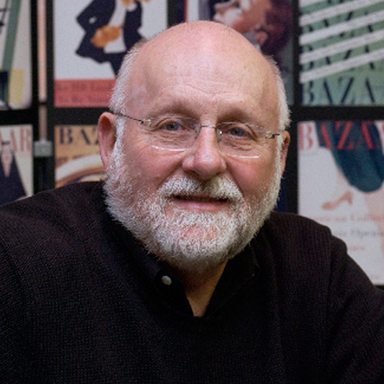 R. Roger Remington has spent his formative and adult life in upstate New York (the Adirondacks and Rochester). His professional education in graphic design was in nonestablishment settings, having studied at Rochester Institute of Technology and the University of Wisconsin-Madison.

He considers himself primarily a teacher who has critical interests in design studies (graphic design history, theory and methods), research, writing and graphic design practice. His teaching quality was acknowledged with receipt of the Eisenhart Annual Award for Outstanding Teaching, RITs highest recognition of teaching excellence. He is RITs Massimo and Lella Vignelli Distinguished Professor of Design, the first endowed chair in the School of Design.

Since 1982, he has been seriously engaged in the research, interpretation and preservation of the history of graphic design. He has cochaired two major symposia on graphic design history and written a book, Nine Pioneers in American Graphic Design, for the MIT Press. His second book, Lester Beall: Trailblazer of American Graphic Design, was published in 1996 by W.W. Norton. American Modernism: Graphic Design 1920-1960, was published in 2003 for Laurence King Publishers in London. It is distributed in the United States by Yale University Press. His new book, Design and Science: The Life and Work of Will Burtin, was published by Lund Humpries in 2008.

At RIT he has developed a unique scholarly resource, the Graphic Design Archive. This project involves preserving and interpreting the original source materials of 19 Modernist design pioneers such as Lester Beall, Will Burtin, Cipe Pineles, William Golden and Alvin Lustig among others.

He is guest professor at two prominent schools in Germany: the Dessau Department of Design, Anhalt University of Applied Sciences in Dessau and at the Hochschule fr Gestaltung in Schwbisch Gmnd.