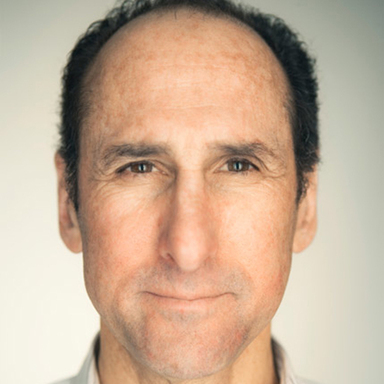 Rich Silverstein has been my partner in every good decision I've ever made in my whole professional life. Every one. Yeah, he's been there for some less than good ones, too. But there certainly would have been a lot more of the latter if it'd just been me.

I have some details of his life here. I just wanted to get that out.

I don't know where or how he got it, but Rich is somehow able to reduce things to a simplicity that accumulates power and elegance all along the way. He can do this better than you can, no matter who you are. He does it by waking up every morning and blasting himself against the world until he's exhausted by mid-afternoon, like a cultural bottle rocket.

Was he always this way? As far as I know. I'm not sure the facts explain anything. But here they are:

Born in 1949, Rich grew up in New York, attended Parsons School of Design, and started his career in San Francisco as a graphic designer. He worked as an art director atRolling Stoneand at various advertising agencies-Bozell & Jacobs, McCann Erickson, Foote, Cone & Belding, and Ogilvy & Mathereach for about a year. We met at O&M San Francisco (now Publicis Hal Riney) when Hal put us together to work on the Oakland A's account. Three years later, in a moment of supreme ingratitude, and possessing only one client, we opened an agency with Andy Berlin, which we named ourselves: Electronic Arts.

Goodby, Silverstein & Partners is now 18 years old with billings of over $800 million. We wereAdvertising Age'sAgency of the Year in 1989 and 2000, andAdweek'sAgency of the Year in 1995. Rich has won the Kelly Award a couple of times, the Mercury Award a couple of times, the Best of Show just about everywhere, and the Palme D'Or at Cannes. He's been namedAdweek'sCreative Director of the Year and Most Valuable Player a few times.

Rich and his wife, Carla Emil, live in Mill Valley, California in a very white house filled with stunning photography and featuring a whole room devoted to bicycles. He's got two grown children, Aaron and Simone. He serves on the boards of the USA Cycling Development Foundation and the Golden Gate National Parks Association, for whom he's designed a graphics program that's literally raised millions of dollars. (He's attempting the same thing with Central Park.) Rich has a passion for sports car racing and cycling and it's a wonder he hasn't hurt himself (knock on wood).

He considers himself to be one of the luckiest men in the world because he's able to live in Marin County and breezily cycle to work over the Golden Gate Bridge. And when you see it, well, he's got a point.

I am still very happy to see him every morning at work.

Please note: Content of biography is presented here as it was published in 2002.