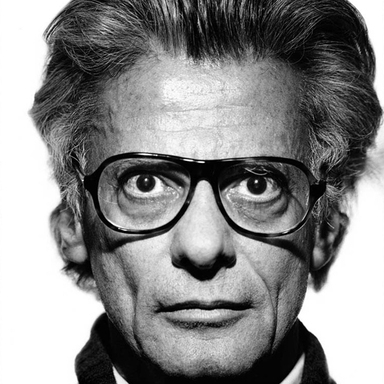 Richard Avedon was born in New York City and studied withAlexey Brodovitch. His first editorial photographs appeared inHarper's Bazaarin 1945. He remained a photographer there until 1965. He joined Vogue in 1966 as a fashion and portrait photographer, and his affiliation with the magazine continues today.

Other editorial assignments appeared inLife, Look, Theatre Arts, Newsweek, andTime. In 1976,Rolling Stonemagazine published "The Family," a special bicentennial issue consisting of 76 Avedon portraits, without text, of the most powerful people in America.

He also worked as a visual consultant for the filmFunny Face, starring Fred Astaire and Audrey Hepburn.

He is currently a Creative Consultant and Photographer-Director for Calvin Klein Jeans, Christian Dior and Gianni Versace, engaged to develop worldwide images for print and television.