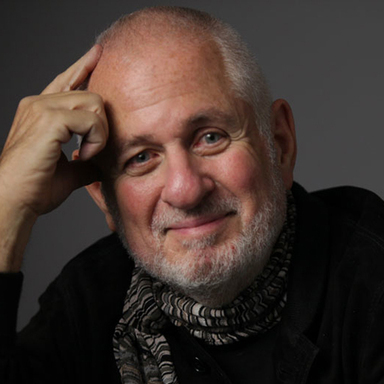 Richard Saul Wurman is a master of the unexpected. Early on he coined the now popular term information architect to describe his unique confluence of training and talents. He has produced 81 books to date, and 21 influential conferences, including TED and TEDMED, all of which, he acknowledges, stem from his desire to know, rather than from already knowing, from his ignorance rather than from his intelligence, from his inability rather than his ability.

The publication of his first book in 1962 at the age of 26 marked the appearance of what was to become the motivating passion of his life: making information understandable. Wurmans most successful creations include the original series ofAccessguides, and the best-selling booksInformation Anxiety(1989) andInformation Anxiety 2(2000). Among the many fans of the latter two books are former London Times editor Harry Evans, who called the first edition a brilliant piece of teaching, and John Scully, formerly chairman of Apple Computer, who praised it as next to the Macintosh, the most important tool developed for understanding information in years. Of the updated version, David M. Kelley of IDEO said it came just in time to help us survive the ever-increasing deluge of unintelligible stuff. In 1995 he created the first annual Design of Understanding competition for the American Institute of Graphic Arts.

In founding the famous TED Conferences, an acronym for Technology, Entertainment and Design, Wurman created a vehicle for bringing together highly influential and disparate speakers on a wide variety of subjects with equally stellar audiences. Ray Smith, former chairman of Bell Atlantic said, Maybe the best way to talk about him is as an enzyme. He seems to come in and out of things and he changes what takes place in the reaction of individuals and ideas, and yet he emerges from it precisely the way he was before, all of his molecules intact. In the Wall Street Journal, Kara Swisher wrote of attendees. Over the years, they have come in part to get a gander at early versions of the Next Big Idea, from voice recognition to virtual reality to artificial intelligence and all sorts of new hardware and software. Participants have ranged from Microsoft guru Nathan Myhrvold on dinosaurs copulating to athlete Aimee Mullins demonstrating prosthetic leg design, as well as Martha Stewart, AOL Time Warners Steve Case, Jeff Bezos of Amazon.com, and Jeffrey Katzenberg of DreamWorks. Microsofts Bill Gates said he wasnt prepared for this conference to be so profound, and after being paired with Larry Ellison of Oracle Corp in a program called The Oracle and The Oracle, Billy Graham told Wurman, It was one of the highlights of my entire life.

Trained as an architect, Richard Saul Wurman received Bachelors and Masters degrees in Architecture from the University of Pennsylvania, graduating in 1959 with the highest honors, among them the Arthur Spayd Brookes Gold Medal, and a deep personal and professional relationship with the seminal architect and teacher Louis I. Kahn. He had a 13-year architectural partnership in Philadelphia, and was a director of the Group for Environmental Education. He is a fellow of the American Institute of Architects (FAIA).

Wurman was named a Fellow of the World Economic Forum in Davos, Switzerland, is a former member of the Alliance Graphique Internationale (AGI), and has been awarded numerous grants from the National Endowment for the Arts, a Guggenheim Fellowship, two Graham Fellowships and two Chandler Fellowships, an honorary Doctorate of Fine Arts by the University of the Arts in Philadelphia, as well as doctorates from the Art Center College of Design in Pasadena and the Art Institute of Boston. In 1996 he received the Chrysler Design Award, and also the Stars of Design lifetime achievement award from the Pacific Design Center. He has been a Visiting Scholar at MIT in the Department of Architecture and Planning where he received the Kevin Lynch prize, and has taught at Cambridge University in England, City College of New York, the University of California in Los Angeles, the University of Southern California, Washington University in St. Louis, and at Princeton. He is a consultant to major corporations in matters of design and understanding information.

He is married to novelist and lyricist Gloria Nagy. He has four children and five grandchildren. He lives in Newport, Rhode Island with Max & Abe (their dogs).