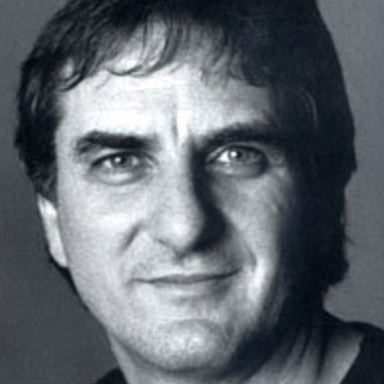 Richard Wilde is a man who wears many hats, but for over a quarter of a century, the most important hat hes worn has been that of educator. Wildes philosophy of teaching is that it is in questioning that development is molded. His emphatic belief is that everyone is born creative but that unfortunately, through early education and social constraints, this innate quality is often buried. The teachers role is to help recover creativity by creating conditions that foster a personal investigation in finding ones own signature. Richard believes in putting students into the realm of the unknown where they develop problem-solving capabilities that go beyond their initial understanding. With great results he has implemented his philosophya combination of converging ideas that begins with a search for ones uniqueness using the tool of questioning, and a grounding in formalism supported by experimentation, all of which occurs in a climate where risk-taking is made possible. This is whyCritiquemagazine calls Richard the guru of graphic design thinking.

Richard Wilde was born in Brooklyn in 1944. He grew up in the Sea Gate, Coney Island area where he attended Lincoln High School and met his first important teacher,Leon Friend, also a recipient of the Hall of Fame Educator's Award. Richard received his BFA in graphic design and advertising at Pratt Institute where his mentor,Jeffrey Metzner, taught him the fundamentals of conceptual thinking and trusting his instincts. This led Richard to connect to his work in a meaningful and personal way. He received his MFA in fine arts from Pratt Institute while working as the design director of their publications department. He was Pratt's youngest instructor. And so began a uniquely multifaceted career.

In 1966, Wilde married Judith Landau, his high school sweetheart, with whom he's worked on educational and design projects resulting in the creation of their studio, Wilde Design, and their two children, Brandon and Trilby.

After spending a year as assistant professor at the University of Texas at Austin, Richard honed his teaching skills by being verbally challenged in a place where no one spoke or understood "Brooklynese."

Returning to New York in time for Woodstock, Richard was hired by Jeffrey Metzner at Daniel and Charles advertising agency, and byBob Giraldito teach at the School of Visual Arts.

In 1971,Silas H. Rhodes, Hall of Fame laureate, founder and chairman of the board at the School of Visual Arts, invited Richard to chair the advertising department and to be art director of the school's publications department.

This proved to be an ideal arrangement. In 1973, acting as the creative director, Richard facilitated the Public Advertising System, a not-for-profit advertising agency staffed with SVA faculty members. This agency enabled students to use their diverse talents to create ads for human rights and health and safety issues, and to interact directly with the industry, a situation that resulted in numerous professional awards.

Richard's unparalleled ability in hiring instructors has been central to the creation of a dynamic, cutting edge department. Tom Monahan, president of Before & After Creative Thinking Center says, "Richard has an uncanny sense for finding other teachers, or better, facilitators, to leverage his position and insure a more rewarding education for more people than he could possibly touch personally."

Currently, Richard is a senior vice president at Ryan Drossman Marc USA advertising agency, a board member of the Art Directors Club since 1984, and a board member of the Type Directors Club and the American Institute of Graphic Arts. He has won over 150 professional awards. Richard is the New York editor ofHOWmagazine. He has conducted creativity workshops on five continents. Through teaching, lecturing, and workshops, he has impacted thousands of graphic design and advertising students and professionals.

Richard Wilde is a gentle man. He is kind, generous, and frequently late for dinners or meetings, often because he is detained by the urgent requests, needs, and pleas of students. He speaks haltingly yet quickly, unable to communicate his thoughts as fast as they occur. And he touches people where they live and breathe. His focus is always on creativity, which is why he is a sought-after lecturer. He is always approachable and available. He is a "natural born" educator.