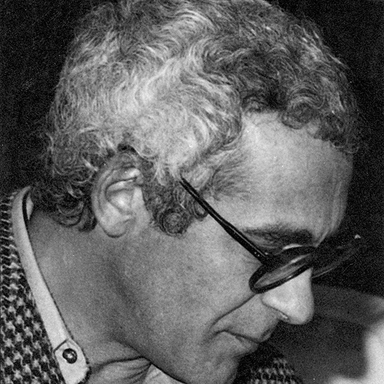 Wilvers started his advertising career at the age of sixteen working on displays at a downtown Milwaukee, Wisconsin department store. A little over a year after he started there, the store's advertising manager asked him to become an advertising layout man. Wilvers accepted because it meant more money even though he had no idea at all what advertising was all about. It meant that he could afford the materials he needed to pursue his true aspirationpainting.

Working nights on his art paid off. He won the top prize for watercolor at the University of Wisconsin Salon, had two shows at the Open Studio gallery in Milwaukee. He then began shipping his work to shows around the country: the Chicago Art Institute, the Pennsylvania Academy of Fine Arts, the Butler Institute of Fine Arts, the Corcoran Gallery in Washington D.C., and the American Watercolor Society located in New York.

Manhattan seemed a logical next step in his career. And despite a certain amount of trepidation voiced by his new bride, the couple moved to New York where he landed a job at Macy's Department Store. He stayed there for the next five years where he felt he truly paid his dues.

He still painted every night after dinner and managed to get a one-man show at the Kaymar Gallery and won an Emily Lowe Foundation prize. He was even freelancing Fortune and Herald Tribune magazine covers and illustrating his wife's magazine articles. Despite this, his interest in painting started to wane because he'd discovered the magic of film and TV advertisingthat was a medium he felt held a real future.

Wilvers got his break into Madison Avenue advertising thanks to Steve Kambanis who had worked with him at Macy's and introduced him to Joe La Rosa. From there he made a brief stop at Benton & Bowles where he met Elaine Gargano. She was so impressed with Wilvers talent that she mentioned him to her husbandAmilwho was with Carl Ally. That was the beginning of the creative team ofEd McCabeand Bob Wilvers.

Wilvers and McCabe did one memorable spot in which little old lady bikers clad in leathers roar up to the diner on 1OOOcc Harleys for their Salada Tea. The team also created the strikingly minimalist elements of motor scooter visuals and strong headlines like "A Motorcycle It Ain't," "If You Want an Economy Car, You Don't Want a Car," and "Maybe Your Second Car Shouldn't Be a Car" for the Vespa motor scooter print campaign. Wilvers still feels these are still amongst the best projects he created with McCabe.

At Jack Tinker and Partners he was teamed up with Gene Case, newly arrived from Doyle Dane Bernbach. For Gillette they reminded housewives everywhere that Gillette Razor Blades were an important facet of keeping their husbands happy and looking good despite the early morning vision of the grungy, pajama-clad spouse in front of the bathroom mirror they all knew so well.

When Mary Wells, Dick Rich, and Stu Greene left Tinker in 1966, Bob Wilvers and Gene Case were made partners in the agency and took over the creative responsibility of accounts like Heublein, Shulton products, Carnation Slender, Toni Innocent Color (which Wilvers worked on with Rene Guion), Alka Seltzer Plus, and the Gillette Techmatic Band.

Wilvers teamed up with Bob Schulman on the Coca Cola account. The result was a spot that took the viewer back to World War II as the announcer introduces the audience to a young pilot who is flying his thirtieth mission in 1944 with his lucky bottle of Coke dangling on a string above him in the cockpit. The announcer returns the audience to 1967 where that same bottle of Coke is now nestled amongst other fond memorabilia in a chest of drawers back home. "You Don't Drink an Old Friend," the announcer reminds us.

For Bonniers' Instant Frames, Wilvers visualized an ample woman wearing a black and white floral print shift, costume jewelry, red patent mod shoes and all holding up a framed black and white photo of her husband in front of her face. Wilvers fashioned a mouth watering Gourmet magazine-style poster entitled "Italy" for one Alka Seltzer campaign that featured a cornucopia of luscious, spicy foods like peppers, onions and sausages.

After Jack Tinker and Partners closed in 1969, Wilvers rejoined Ed McCabe at Scali, McCabe and Slaves. Their combined talents were assigned to the Volvo campaign. Volvo's ability to handle American road wear was featured in Things Are Tough All Over." Wilvers exemplified six typical problems encountered by American drivers nationwide: bumps, hills, holes, bad roads, weather, and curves. The car's solid construction was emphasized with the use of a ground-level perspective shot of a lost hubcap in "Do You Arrive with Less Than You Started With?" The reliability of the new Volvo imports was illustrated using a classic Manhattan sight of abandoned cars under a bridgeway with a dramatic skyline view as background in "The Roads of America Are Strewn with Broken Promises."

Wilvers dropped out of the business shortly after this, gave up painting entirely, and started directing spots himself. This career change lasted about a year and a half before he decided to work for Wells, Rich and Greene.

He worked with Paul Marguilies on the "Plop, Plop, Fizz, Fizz Oh What a Relief It Is" campaign for Alka Seltzer utilizing scenes from the sixties pop culture that surrounded them. One spot featured a nightclub scene with a girl-group la the Supremes singing the joys of relief from indigestion while a customer sips down a glass of the bubbly product.

Wilvers also worked on a number of other memorable campaigns at Wells, Rich and Greene: Citibank's The Citi Never Sleeps"; Ford Motor Company's "There's a Ford in America's Future"; the testimonial campaign series for Alka Seltzer Plus; and Chase Manhattan Bank's "The Chase Is on for Chase." He also worked with Peter Murphy on the award-winning Hush Puppies TV campaign, with Charlie Moss and Stan Dragoti on Hertz's "America's Wheels" campaign, and with Mark Chappell on introducing a new Proctor & Gamble coffee.

For one PanAm "You Can't Beat the Experience" spot he employed the shared father-and-son experiences of PanAm's first-class transoceanic service to Manila. The father reminisces about the comfort and luxury his first flight onboard the China Clipper airship. Then, the scene cuts to present-day as he shares his son's first-flight experience in the first-class comfort of PanAm's 747 fleet.

The last writer Wilvers worked with at the agency was Charlie Carlson. Together they created the first year campaign for MCI at the agency, depicting MCI representatives' conscientious sales and excellent service in a communications world lacking in quality-oriented values.

Wilvers lives in Connecticut these days and still does some consulting work for Wells, but mainly he writes. There are a number of unpublished novels stacked in his cupboard that he is feverishly trying to add to every day.