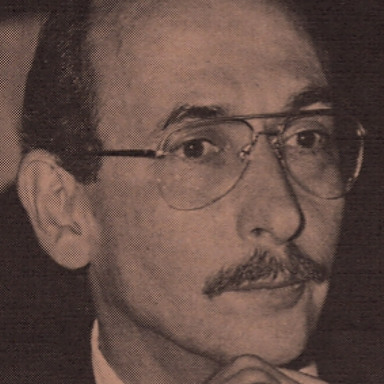 Twenty years ago humorous commercials were considered inappropriate by most agency and client standards yet Roy Grace brought usSpicy Meatballsfor Alka Seltzer andMr. Jones and Mr. Kemplefor Volkswagen. Grace, who was just at the start of his distinguished career at Doyle Dane Bernbach, demonstrated that intelligence and originality can make humor work to enhance the quality of a product, make a TV spot memorable, and entertain without boring or insulting the audience. In fact,Spicy Meatballswon the International Broadcasting Award for the Best Commercial done between 1960 and 1980.

The willingness to take risks and ignore the rules characterizes Grace's highly acclaimed work in television. The IBA award is just one of the many honors bestowed upon him, more honors than anyone else in advertising25 Clios, 9 Gold and 8 Silver Awards from the Art Directors Club, 8 Andy's, 7 One Show Gold Awards and 8 Silver Awards, and 5 Gold Lions and 3 Silver Lions from the Cannes Film Festival. Of the 17 Classic Commercials in the collection of the Museum of Modern Art, four were art directed by Roy Grace. Six of his spots have been elected to the Clios U.S. Television Classic Hall of Fame.

Grace joined DDB as an art director in 1964 and through the years worked on virtually every major account including American Tourister, Bristol-Myers, Avis, Chanel, IBM, Miles Laboratories, S.O.S., Alka Seltzer, Mobil Oil and Volkswagen. Some of his most memorable spots areFuneralfor Volkswagen in which a thrifty and practical Beetle-driving nephew inherits his uncle's millions, andGorillafor American Tourister, in which a gorilla batters a suitcase while the voiceover lists the many ways that luggage can be abused. Also of note arePuddlefor American Tourister,Cold Weatherfor Mobil Oil, and the S.O.S. campaign featuring taciturn Moe and his wife. His cinematic style involves very little camera work; the distinctive characters, both human and non-human, provide the commercials with their action and energy.

For Grace, good advertising is achieved by cooperative effort between agency talent and clients with courage and intelligence. Since advertising has to deliver a selling message to a disinterested audience, the industry has come to acknowledge the value of entertainment in communicating that message. In much of advertising, the entertainment merely surrounds the message; in Grace's work, the two are inseparable. The gorilla battering an American Tourister suitcase, for example, isn't bait to lure the viewer to the point of the commercial; itisthe point of the commercial. The comedy and the drama is never extraneous to the sales proposition, it is inextricable from it.

Grace's style does not allow him the luxury of drawing from an unlimited universe of references and illusions. That he has managed to produce so varied and inventive a body of work within a limited context is evidence of the extraordinary imagination he brings to each product.

Grace's secret to success is the determination to excel, not an easy task considering that we are bombarded with four to six thousand messages and product images daily. Advertising uses up more ideas more rapidly than any other profession. To stand out among the pick-and-choose clutter of impressions, the successful creative director must be willing to take risks. Breakthroughs are achieved by commitment and by accident, and by ignoring the rules. In fact, Grace likes to point out that there should be only one rule in advertising and that is not to pay attention to the rules.

Grace has his own interpretation of the distinction between "hard sell" and "soft sell." For him all good advertising should be hard sell; not boring and dull sell, but able to grab attention while delivering a believable proposition in a memorable way. Hard sell is to stand out in the jungle of advertisers by reaching an audience who is, at best, apathetic.

Grace grew up in the Bronx and graduated from Cooper Union in 1962. He is currently a member of the Board of Trustees. He speaks highly of his alma mater, especially for providing him with an awareness of the limitless possibilities of analyzing and solving design problems. His education gave him a philosophical framework, which has guided his aesthetic sense, and that is how to improve upon a blank sheet of paper. In 1981, Cooper Union honored him with the Augustus St. Gaudens Medal, the highest alumni award for professional achievement.

In the years following his graduation, Grace held twenty-five different jobs. He explored almost every aspect of design, from books to packaging, including an assignment as an animator for Paramount Pictures. Though he was not finding the satisfaction he sought, he had reservations about going into advertisingit was against his principles. At age 25, he did join an advertising agency, Benton & Bowles. Within a year he was promoted to an art director and had his own clientele. He then went to Grey Advertising for a year, followed by a year with DDB in Germany, and finally his long-lasting association with DDB in New York.

Grace's diverse experience and creative ingenuity came together at DDB, an agency known in the 60s for its experimentation and adventurousness. His stint as a cartoon animator doing Little Lulu, Casper the Ghost and Popeye provided a good understanding of the film medium. Animation lent itself, technically, to the production style which marked Grace's spots, that of favoring a dead-pan camera over a moving one, and a remarkable knack for evoking a full personality or complete environment with just one artfully directed scene.

His yearlong stay with DDB in Germany sensitized him to the nuances and peculiarities of language. As a neophyte German speaker and writer, he struggled to find precise words to convey a message. On his return to New York, he retained an astute appreciation of the power of language to suggest ideas and images beyond literal translation.

Once Grace found his niche in advertising, DDB was the only agency that really interested him. The firm was leading a creative revolution, which Grace wanted to be a part of. He found a significant source of support and encouragement inBill Bernbach, a creative genius who guided the firm through decades of tremendous growth. Grace became the first creative staffer to be promoted to a vice chairman and at the time he left the agency in 1986, he was Chairman and Executive Creative Director of DDB-U.S. and DDB-NY, and Vice Chairman of the Board of The Doyle Dane Bernbach Group. He led DDB through particularly difficult years when, following Bernbach's death and the loss of some major accounts, the agency strove to attract big, established clients yet still produce fresh, creative and risky work.

Finding himself farther away from the creative end than he wished to be, Grace and partner Diane Rothschild formed their own agency, Grace and Rothschild. He is glad to be back to the drawing board, involving himself in a variety of projects. He sees a different set of challenges in advertising today, stricter rules that control what can be said and done, as well as a more sophisticated audience of readers and viewers. In many ways Grace regards the climate of the 60s as easier because the work done had never been tried before. As a young man his enthusiasm lay in producing ads. Now an experienced veteran, he finds himself more interested in whether his ads work to sell a product.

As for the future, Grace sees the world-as-global-village becoming a major influence on advertising styles and messages. As nations become more closely linked through electronic communications, advertising will be more visual and less verbal. Simpler, more graphic design will be the key to universal comprehension. As for American advertising, New York may not retain its lead, not because it produces bad work, but because every place else is getting better. And as for television, particularly the proliferation of 15-second spots, Grace sees television as the place for the simplest messages while print will be the medium for real information. Whatever the course advertising will take, it is more than likely that Roy Grace will be in the forefront.

If it is true, as Grace proposes, that creative people are slightly crazy and that their drawn images mirror their minds, then it is no wonder that he finds a blank sheet of paper to be a terrifying but exciting challenge. He likes to quote psychologist R. D. Laing, who wrote that madness is the highest form of sanity in an insane world. In the advertising world, Grace may be the sanest of all.