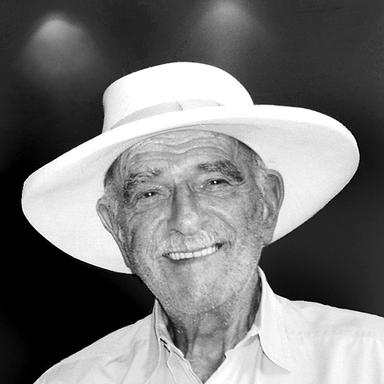 Allan Beaver,Ivan Chermayeff,Paul Davis, Phil Dusenberry,Bob Gill,Bob Giraldi,Milton GlaserandTony Palladinoare a few of the many prominent visual communicators who have either studied or taught at the School of Visual Arts since its founding by Silas Rhodes in 1947, 41 years ago.

Originally called the School for Cartoonists and Illustrators, SVA first opened its doors to only 3 faculty members and 35 students, most of whom had enrolled under the GI Bill of Rights. Although Rhodes had earned a Ph.D. in literature from Columbia, he did not believe that strict and formal studies prepared students for the real world. He once wrote "What good is an education that prepares you to read Schopenhauer or Goethe if it cannot help you find work?" This philosophy has been SVA's underlying credo and commitment to the countless students who have studied there.

What was unique about Rhodes' school was that he recruited only practicing artists and illustrators to teach there in their "spare" time. Realizing that the field of visual communication was constantly expanding into related fields, he looked for instructors who worked in advertising, editorial design, photography, and more recently, media arts. Under Rhodes' direction, SVA has grown from a 3-year institution that did not grant degrees to a fully accredited, board-certified college offering B.A.s and M.F.A.s in art education, communication arts, film arts, media arts, photography, painting, sculpture, and illustration. In 1986, SVA became the first accredited college in the United States to offer an M.F.A. in computer art. With 690 faculty members, 2,500 fulltime, and 4,000 continuing-education students, SVA is the nation's largest independent degree-granting art school. Its ever-increasing course catalogue and reputation are testimonials to Rhodes' leadership.

SVAs contributions to visual communications are immeasurable. Its effect is seen even in New York City's subways, enriched by SVA posters. A strong and viable gallery committee helps promote group and individual shows at the Cooper-Hewitt Museum and elsewhere. Most recently, it presented the Gala 40th Anniversary Retrospective Show at the Art Directors Club.

No matter how one quantifies SVA's impressive growth in size and influence, one thing remains constantSilas Rhodes' strong-willed dedication to its continued success.