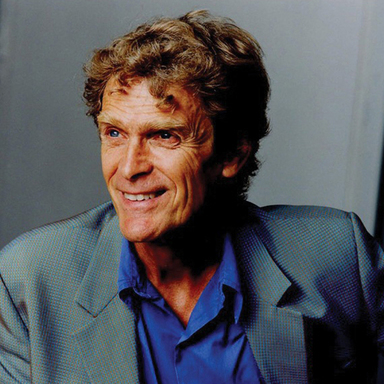 John Hegarty started in advertising as a junior Art Director at Benton and Bowles, London, in 1965. He almost finished in advertising 18 months later, when they fired him. He joined a small Soho agency, going places. They did out of town.

In 1967, he joined the Cramer Saatchi consultancy which became Saatchi & Saatchi in 1970, where he was a founding shareholder. One year later, he was appointed Deputy Creative Director. John left in 1973 to cofound TBWA, London as Creative Director. The agency was the first to be voted Agency of the Year in 1980 by Campaign, the United Kingdoms leading advertising magazine.

Johns industry awards include two D&AD Golds and six Silvers, Cannes Golds and Silvers, and British Television Gold and Silvers. In 1994, he was awarded the D&AD Presidents Award for outstanding achievement in the advertising industry. In 2005, the International Clio Awards awarded John with the Lifetime Achievement Award for his outstanding achievement in the industry. In the same year, he was inducted into the One Club of New York Citys Creative Hall of Fame.

In 2002, just to show how mad he was, he bought a vineyard in the south of France, proving a vineyard could drink more money then he could wine. In 2007, his wine chalked up an award of its own when Robert Parker, the legendary American wine critic, gave his 2003 Cuve No. 1, 92 points. There are some compensations.

In 2007, John received a knighthood in the Queens birthday honors for services to advertising.