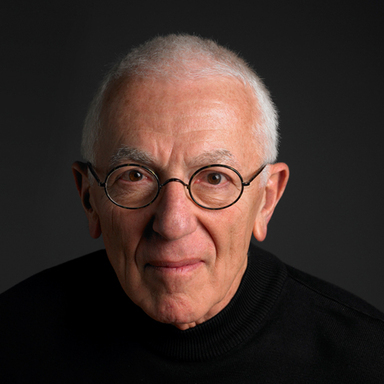 Stan Richards, like the advertising and design he's created over the last four decades, has never been tied to any preconceived notions of how things should be done.

This became obvious the moment he graduated from New Yorks Pratt Institute in 1953. With a newly minted portfolio, Stan headed for Los Angeles. But a funny thing happened on the way to his new career: he stopped in Dallas. The city was barely a speck on the design world map, but Stan thought it looked, well, interesting. So he stuck.

He freelanced at first, won a bunch of awards, and accepted a creative director position at what is now Publicis-Bloom at the ripe old age of 22. In a year he was back to freelancing because he couldnt do the kind of work he liked in an agency. So, from his corporate headquarters/garage apartment, Stan began designing like nobody in Dallas had ever seen. His work was fresh, sophisticated, contemporary. He used bold images and unexpected typography. And designers everywhere began to sit up and take notice.

Suddenly there was this place that was winning awards out the wazoo in a city where you could afford both food and shelter. By the late 60s, The Richards Group had become the preeminent creative resource in the Southwestand a top training ground for young talent. Talent that Stan had a sixth sense for spotting, claims designer Jack Summerford. He had an infallible ability to recognize potential in people and gave them ample opportunity to grow.

Over the next 20 years, they produced a staggering amount of great work. Ideas born not only out of solid design, but also strong conceptual and strategic thinking. In 1976, a major Texas bank asked Stan to compete for their entire account. Translation: make The Richards Group a full-service agency. Not an easy decision, considering hed have to go up against the very agencies whod been buttering his bread.

They won the account, so Stan maintained the design firm as a separate shop called RBM&M, and The Richards Group became an agency. Within six years it was named byAdweekas one of the eight most creative agencies in the country.

As expected, Stan didnt build his agency as expected. While others were engaging in dog and pony shows to lure new business, he was engaging in honest, endearing, brilliant advertising. His creative philosophy: do terrific work and great clients will find you. Today, Stan leads one of the nations largest privately-held agencies, with more than 450 employees and $435 million in billings.

Its an advertising success story with some of the most memorable chapters ever written. From the familiar Motel 6 campaign where folksy Alaskan Tom Bodett waxes philosophical and always offers to leave the light on for you to the more recent Chick-fil-A spokes-animals: cows whose best interest lies in getting you to eat more chicken. The Richards Group story is highlighted with virtually every major award given, as the sea of Cubes, Pencils, Lions, and Clios on the shelves in his lobby indicates.

Even the team-oriented agency structure Stan pioneered goes against the industry grain. At his place, art directors sit with media planners, writers with account planners, and production managers with account executives to foster creativity in every discipline. Stan has to be intensely involved in every creative moment. Thats what drives him, saysSteve Horn, Stans college roommate (and Hall of Fame member himself).

Of course, you dont have to tell that to anyone whos worked for Stan. He sets the bar at a very high level and refuses to lower it. He has this way of critiquing your work, while making you feel good about it. Says designer Woody Pirtle, Stans like that person who can tell you to go to hell and make you look forward to the trip.

Clearly, Stans passion for his craft is contagious. Just drop by The Richards Group during one of his famous agency stairwell meetings and youll see a veritable whos who list of creatives. Many whove been upholding his exacting standards for ten, fifteen, twenty years or more. Like Creative Group Head Glenn Dady who says, I would hate to think what the design and advertising landscape in the Southwest would look like without Stan. Pretty barren is my guess.

Herschel Levit, one of Stans earliest influences from Pratt, believed that great design is whats left after all the trite, graceless, superfluous elements have been ruthlessly pruned. From where many of us sit, the same can be said of a great designer and art director named Stan Richards.