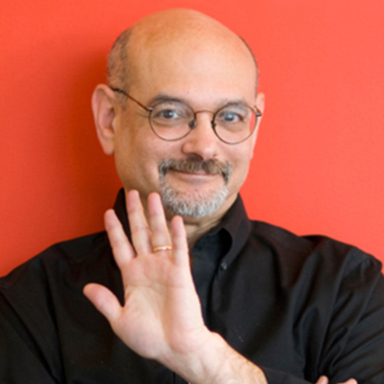 Steven Heller has carved out an impressive career as the foremost authority in the United States on the history of graphic design. A practicing educator, art director, and designer, he is an assiduous writer, the author of numerous magazine articles and many books.Fred Woodwardhas called him a force of nature.

At the age of 17, Heller was art directingThe New York Free Press, and over the next six years he worked forInterview, Rock, Screw, Mobster Times, the Irish Arts Center, andEvergreen Review. At 24, Heller was introduced to the art department ofThe New York Times, where he became art director of the Op-Ed page and then ofThe New York Times Book Review. Today, he is a senior art director for special projects and art director ofThe Book Review, as well as serving as editor of theAmerican Institute of Graphic Arts Journal of Graphic Designand instructor in the Master of Fine Arts in Illustration program at the School of Visual Arts.

Heller has authored, co-authored, or edited over 50 books on the past and present of graphic design and illustration. Among the many topics he has addressed are graphic wit, graphic anger, borrowed design, covers and jackets, posters, food packaging, and typography. WithSeymour Chwast, he authoredGraphic Style: From Victorian to Post-Modern(Harry N. Abrams). He has been published by A & W Press, Harry N. Abrams, Allworth Press, Chronicle Books, Hyperion, Alfred A. Knopf, Penguin, St. Martins Press, Van Nostrand Reinhold, Viking Kestrel, and Watson Guptill, among many others. He is a co-editor of the first anthology of graphic-design criticism,Looking Closer: Critical Writings on Graphic Design(Allworth Press), and its sequel,Looking Closer II. Heller has written the introduction and afterwords for well over a dozen art and graphic-design books. He is a contributing editor toPrint, ID, and U&lc, and frequently writes articles for numerous other design magazines.

Hellers talent a curator has been seen in gallery exhibitions such asThe Art of Simplicissimus, Art Against War, The Malik Verlag, andTypographic Treasures: W. A. Dwiggins. He is a three-time recipient of the National Endowment for the Arts Design Grant for research into the lives and works ofW. A. DwigginsandLucian Bernhard.

Heller is currently the director for How We Learn What We Learn, a 1997 design-education conference hosted by the School of Visual Arts, and is designing the curriculum for The Designer as Author, a School of Visual Arts Master of Fine Arts in Graphic Design program. He is also working on a visual history of the teenager, entitledTeenage Confidential(Chronicle Books), and a collection of essays on the meaning of design,Design Literacy(Allworth Press).