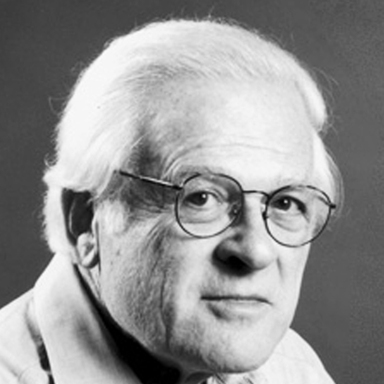 For 40 years, Tom Geismar has quietly and steadily punctuated the designscape with symbols for many of the worlds major corporations, institutions, and thoroughfares. Among the most familiar, of the more than 100 trademarks and corporate identities for which he is single-handedly responsible, are those for Mobil Oil Corporation, The Chase Bank, New York University, Public Broadcasting Service (PBS), Xerox, Rockefeller Center, Screen Gems, Univision, and the United States Department of the Interior.

If one relationship might stand as an emblem of Geismar's career, it would have to be Mobil. Since the mid-1960s, he has continued to evolve and update the look of Mobil, both nationally and internationally, from logotype and product packaging to gas stations, helicopter landing pads, signage, cultural sponsorships, and corporate projects. "He provided us with 'branding' long before the term became fashionable," said Earle Layman, Mobil's brand communications manager. "Ego was never an issue," Layman adds, "He has this ability to unite people with conflicting disciplines and points of view, and treats everyone the same regardless of their level in an organization."

Client David Teiger, to whom Tom was recommended by designer Elliot Noyes, has also remained steadfast for 35 years. Teiger observes, "In a typical meeting with architects, marketing people and top executives, everybody talks and Tom doesn't say a word. When, at the end of the meeting, Tom is asked for his opinion, he says the most insightful, clear and convincing things, and transforms everybody's thoughts into a winning solution."

Even with an acceptable solution at hand, Geismar's penchant for exploring dozens of alternative concepts and directions, each with subtle variations and details, has been noted more than once. "It is not unusual for Tom to come into the office Monday morning with a briefcase full of hand-drawn sketches, and I mean worked out renderings, resolved and ready for scanning or final cleanup," says Swiss-trained partner Steff Geissbuhler. "Then he starts with his favorite processworking with marker, scissors, tape, and copy machine, mutating, altering, modifying, and exponentially multiplying his sketches and solutions. Often it is hard to decide which is the best."

Geismar has done memorable work in print, packaging, and environmental graphics throughout his career. The annual reports he designed for Xerox in the 1960s and 1970s helped establish a new standard for design and the use of color photography in corporate communications. In the early 1990s he reinvigorated the graphics for Knoll furniture, establishing a memorable range of graphic materials that refocused the company's position in the marketplace. His work in the 1980's and 1990's for Gemini Consulting ranged from award-winning graphics to advertisements, wall murals, unique furniture, and architectural consultation.

Geismar is especially attracted to content-driven exhibitions, where he may function equally as curator and designer. The complexity and the need to combine architecture, industrial design, graphic design, research, and writing skills, give these assignments a singularly appealing challenge. He was instrumental and responsible for developing the concepts and designs for The Statue of Liberty Museum, The Ellis Island Museum, The Hall of the Sun at the Hayden Planetarium in New York, The Burlington Mill, and the United States Pavilion for the World's Fair at Expo' 70 in Osaka, Japan. He is currently involved in creating entirely new exhibits for The Harry S. Truman Library and Museum, and an exhibition on Sigmund Freud at the Library of Congress. Also, he is the author of the recently publishedSpiritually Moving: A Collection of Folk Art Sculpture.

Geissbuhler, after 23 years of working with Geismar, offers this assessment, "Tom Geismar is a great influence and inspiration to me, both professionally and personally. Highly intelligent, very creative, a very sure eye and taste, charming and humble, yet with a strong character, and, more than the other three of its partners combined, has management and business skills. He personifies to me an ideal designer."

Please note: Content of biography is presented here as it was published in 1998.