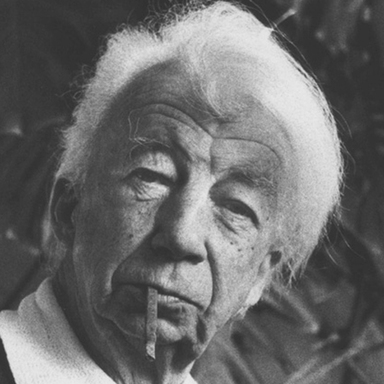 i am invited to write a statement
about my work, my life, my ideas
my philosophy, my hopes or my dreams
and i guess
you will get a little bit of everything
a graphic designer
is somebody who brings order
into graphic communications
if possible he makes them attractive
in order that the public takes notice
a graphic designer
tries to condense communication
to make it more effective
but there are many kinds of designers
industrial designers
who try to make tools more effective
or in the widest sense
social designers
who try to redesign
human relations
like marx and engels did
or to design a people
like ben gurion
or to redesign a port of society
for example the artist community
or the relationship
between art and the public
as i tried myself
let me explain how i came to these ideas
between the age of twenty and thirty
i was interested in too many things
first i wanted to become a painter
and after leaving the army
at the end of world war I
i went to the state academy in amsterdam
but after six months i left
it was not my cup of tea
and went to italy and france
to study on my own
till at the age of 25
i saw the work of mondrian
that was what i would have liked to do
but it was already done
during youth
i suffered from bad health
and after some ineffective surgery
i lost my confidence in doctors
at 22 i became a vegetarian
and decided to become my own doctor
i started to fast
first ten days, then twenty days
and was healed
i continued experimenting on myself
and returning to holland
i began lecturing in "healing by nature"
i was rather successful
only being always surrounded
by sick people got on my nerves

at the age of thirty
i returned to amsterdam
and soon received many commissions
to design statistic pictographs
for exhibitions, schools etc.
gradually i also received commissions
mostly from governmental institutions
to design calendars,
programs for theaters and concerts
and became a graphic designer
my only preparation for this job
was six weeks of typesetting
at a printers

i started by organising
a show of abstract art
the first general exhibition of this trend in europe
(alfred barr had done so before in MOMA)
i immediately visited hans arp, max bill,
otto freundlich, gabo, kandinsky
mondrian and many others
for most of them
this was the first occasion
to see their work in a museum
and all eagerly collaborated
brancusi brought his sculptures himself
in the mean time
i had the exhibition rooms redecorated

the 40 year old brick building
made a gloomy impression
the central part was inside also
covered with bricks of several colors
very depressing
so i wanted to whitewash
the whole entrance, the staircase
and the main hall upstairs
my director agreed
but was afraid to bear the responsibility
so i suggested that he should take
a week of absence and when he returned
he hardly recognized his museum
the mayor of amsterdam
was very angry with me
but the start was made
and gradually the whole interior
was redesigned

WAR
when the germans overran holland
on may 10th 1940
the treasures of the stedelijk-
and of the rijksmuseum were safe
over 200 van gogh's,
rembrandt's nightwatch, the jewish bride etc.
were protected by 1.50 m of concrete
and 10 meters of sand

RESISTANCE
during the second half of 1940
everybody received new identity cards
the jews got a big J on their cards
shortly afterwards the jewish artists
were excluded from governmental commissions
this started with the sculptors
out of solidarity all the other sculptors
refused such commissions
in order to help them subsist
a fund was created
afterwards the germans organized
a 'kulturkammer'
and every artist who wanted to function
had to become a membermost artists refused
so we created new funds
for painters, actors, authors, architects,
musicians etc. gradually this work
grew into the center
of the artists resistance movement

the building was well guarded
day and night by 2 policemen and 4 guards
after a long discussion
we agreed to kill nobody
on the evening of march 27th
six of us dressed in police uniform
a painter as the captain
and a sculptor as a lieutenant
marched towards the office
and took over the building
the six occupants were ordered hands up
got a sleeping injection and were
carried into the garden
the whole building was blown up
and a strong fire destroyed the contents
this was the first open attack
on the german occupation
next day many people in amsterdam
put flowers in their windows
the germans were furious and offered 10.000
guilders for a successful tip
about the perpetrators
this worked and on april 1st
they caught most of the people involved
twelve of them were shot on july 1st
among them were three of my best friends
i myself escaped because i was in the dunes
inspecting the hidden art treasures
my wife could warn me by phone
and i went into hiding for 2 years
under another name

DESIGNING SOCIETY
we were not only trying to thwart german measures
but also planning to create a better society
for the future
there were many groups of people
who wanted to reshape public institutions
after the war
there were two groups which elaborated
a new organization for the artists
near the end of the occupation
these two groups came together
i was myself a member of both groups
and a kind of liaison officer between the two
we decided to create a professional society
for each kind of artists
societies for actors, for authors, for composers
for executing musicians, for painters, sculptors
etc. and to bring all these societies together
in one federation
in order to strengthen the position of the artist
towards the general public
and specially towards the government
we suggested an arts council of which two thirds
of the members were proposed by the federation
the federation was constituted
right after the war
and the arts council was nominated
by the minister of culture according our wishes
in 1948: the minister was obliged
to ask the council for advice
in every serious question regarding the arts
and also about his budget
i was chairman of the national arts council
from 1948-60