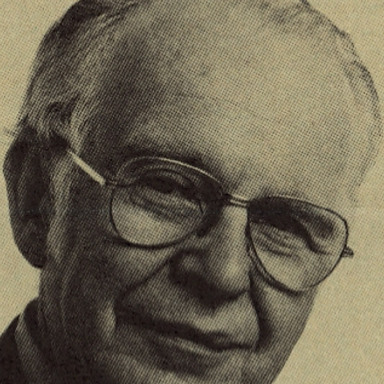 You don't have to be Jewish to love Bill Taubin or his work. But certainly Mr. Levy of Levy's Jewish Rye loves Bill Taubin. Bill's campaign for the client not only sold a lot of bread but its slogan, which the art director also wrote in the mid-sixties, has become part of our contemporary speech.

The appeal of the Levy's campaign is something basic to be found in every one of his ads. The phrase, "You don't have to be Jewish to love Levy's" portrayed by a choirboy, an Oriental, an American Indian, and an Irish cop all eating a "real Jewish Rye" sandwich made people smile and tugged at your heart a bit. This sensitivity is why all Bill's accounts and the viewing public always love his concepts. Although no two ads will ever be alike, there is always gentleness in them. Bill never offends and he believes in talking as equals to the audience.

He was born in Brooklyn and attended Abraham Lincoln High School, where his future began to be shaped. His teacher wasLeon Friend, the man who helped to channel the talents of many of our leading painters, illustrators, art directors, architects and set designers. "It was Friend who introduced me to ideas I never even knew existed," says Bill of the first great influence on his life. He learned about the Bauhaus, about type, about the great art in the great New York City museums, and poured over the design magazines. He decided on a career in advertising art and received a scholarship to the Parsons School of Design for a general design course. (The school eventually was to award him with an Honorary Doctor of Fine Arts, a citation never before given to an individual in the advertising profession.)

"Originally I wanted to be a poster artist," he recalls, "and I was shattered when artist Joseph Platt came to the school to do a critique of student posters and suggested that I do layouts instead."

His first job out of school was as a retoucher's assistant at Gimbel's. Bill claims to have been the world's worst retoucher but he spent this time closely observing everything that was going on about him. He had a better time at his next job as an art director at Abraham and Strauss, and from there he went to Macy's as fashion art director and then to Franklin Simon as art director.

Because retailing requires creating an enormous volume of work to be done quickly, and one sees the results the next day, "this turned out to be the very best training I could have had," he has said. He became a master at producing layouts that had clarity, a unique style and a high level of taste.

He left department stores to take a position as art director with the Douglas D. Simon agency. His fashion background fitted in well here, although he also worked on a number of non-fashion accounts. The work done during this time revealed a fresh attitude about realism in handling products. For example, in a coat ad Bill used natural light from the window; one side of the manufacturer's coat was highlighted but the other was slightly in the shadows. The client couldn't understand why the art director wanted the highlights "in the wrong places." The art director finally persuaded the client that this natural-looking photograph was preferable to the harsh, commercial lighting that was generally the way a garment was shown then. Today he is known as a quiet, non-aggressive man, but in those days Bill often fought with clients or account executives to get them to understand that a more effective stance was a less "commercial" one.

During this period, he became influenced by the teachings ofAlexey Brodovitch, in whose class he had enrolled at the New School. Brodovitch opened up for him "new vistas in graphic journalism," and further clarified his attitudes about design.

Next,Bill Bernbachentered his life. Mr. Bernbach was the owner of the six-year old agency of Doyle Dane Bernbach, which was already beginning to revolutionize creative advertising. Soon after hearing a speech by Mr. Bernbach, he joined the agency as their 112th employee. This was 1955 andBob Gage,Helmut Kroneand Bill Taubin constituted the entire art department. Bill was hesitant about how he would survive in such a large agency (they were billing $9 million at the time). Now 26 years later, Doyle Dane Bernbach is still home and it is the only place where he has ever wanted to work. When he talks about any of his ads, he always uses the pronoun "we"referring to the agency and its philosophy, or to the copywriter with whom he always works in partnership. As for Mr. Bernbach, Bill Taubin says, "he was the greatest teacher of them all, the greatest advertising person of them all."

Is there a look to a Bill Taubin ad? Nobut there will always be something different in the technique or in the concept. Bill has no formulas or rules and he says that ideas stem from the product. He will never do something for the sake of causing a stir, but sometimes his ads do stir things up.

A successful and controversial TV commercial of his for Fresh Deodorant used a fish eye lens ("a technique to make people look like monsters and convey the feeling of nervous fear"). Other people began copying the technique using fish eye lenses, but he never used one again. A memorable ad he did for Ohrbach's was the first to show a pregnant woman. It caused a storm in the trade press and yet it did not offend as some of today's shocking ads do.

He will never do something different for its own sake or let it result at the expense of someone's sensitivities. He wants to be sure no one will be offended before trying something new. The use of the choirboy in the Levy's ads, for example, came after hundreds of men and women were interviewed as to whether they were offended by this ethnic treatment.

Alexey Brodovitch told his advertising students that you should do an ad "that a truck driver or a cab driver would understand." Bill took that to heart. This attitude about naturalism is apparent in all his ads with real-life dialogue, real-life people, with natural environments and natural lighting, an approach he helped to introduce.

William Bernbach offers these perceptions about Bill Taubin: "Every man is genetically programmed to do some things more naturally than others. In Bill Taubin's case, he has been blessed with a superb graphic taste. That taste finds its way into his work with no conscious effort on his part. He couldn't prevent it from happening if he wanted to. That is why his ads are always so clean, so seemingly simple, and so aesthetically satisfying."

There is a timelessness, a classicism, about his ads that bridges the generation gap.Lou Dorfsmanof CBS offers additional observations on their impact: "Bill is one of those quiet, soft-voiced, unassuming types who becomes incredibly loquacious and articulate on the drawing board. There are campaigns that he did 25 or even 30 years ago that still stay with me for their exquisite taste, art direction and conception."