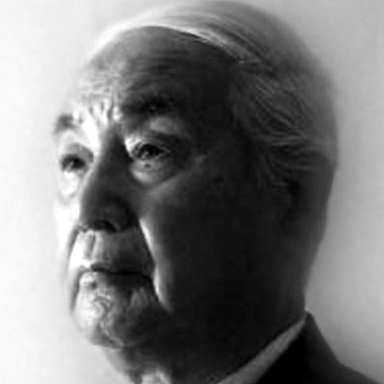 Few designers achieve more than a half century of professional longevitylet alone continue in that time to find new solutions and challenges in their work. But the President of the Japan Graphic Designers Association, Inc. (JAGDA) Yusaku Kamekura has accomplished this and more in his lifetime.

Kamekura was born on April 6, 1915 in Japans Niigata Prefecture. He studied at a particularly unique design school for that time: the Bauhaus-oriented Institute of New Architecture and Industrial Arts built by Ranahichiro Kawakita.

Immediately after graduation he went to work for Nippon Kobo, publishers ofNipponmagazine and the Thai publicationKaupapu. In 1960 Kamekura became the publishing house's managing director. During his early years he also designed posters for Daido Worsted Mills and Nikon, and an identity program for Nippon Kagaku, K.K. In 1956 in Japan, the Advertising Art Club Exhibition awarded him the Membership Prize for hisPeacefully Use Atomic Energyposter which included the collage work of his friend the Ikebana artist Sofu Tashigahara.

Despite the post-war western influences of modernism on design in Japan, Kamekura has managed to find a synthesis between the rational, logical and functional design systems of the west and the classical grace of traditional Japanese design. Most known for his use of uncluttered, solid shapes in an elementally sparse plane, one can also find unexpected lyricism behind these solid forms.

His stark elemental utilization of light and dark forms dramatize an otherwise simple image of a light bulb in his 1968 poster for the Yamagiwa International Competition for Lighting Fixtures Exhibition. A similar scheme was used in the design of a poster for a Kyoko Edo Piano Recital in which two butterfly silhouettes are juxtaposed in a Rorschach pattern.

Kamekura's utilization of a distinctly traditional sensitivity has brought a unique style to his work that reaches far beyond the admitted western influences ofCassandre,Herbert Bayerand the Bauhausian design school. A pair of 1993 posters entitled ''I'm Here" incorporate Kamekura's distinct, colorfully minimalist approach with the obvious adaptation of an Oskar Schlemmer piece appearing as the central figure. Throughout his career, Kamekura's analyses of his observations of both the occidental and oriental has subsequently strongly influenced design in Japan today.

Kamekura has never become enslaved by corporate executive policy. He will only work for a company if he is convinced that the work is something that he can conceptually and ethically agree with and work on directly with the executives.

"No matter how much money I am offered, I will not do work that I am not convinced is right. This means that I refuse to do any work for political parties or religious groups because I find that I usually cannot agree with their ideals and purposes I simply cannot get inspiration to do work that does not seem worthwhile and of interest to me," he stated in an article inGraphic Designmagazine. "My work is only valid if I am involved in creating the image for the entire company in terms of logos and poster designs and so forth, and I don't like to leave even a single poster design in an ambivalent stage of development."

This type of commitment was part of his working strategy when he became a freelance designer in 1962 and is best exemplified in one of his most famous design programs. Kamekura has always been a sports enthusiastspecifically fast sports like motorboats and skiing. He admits that he forgets everything he knows about design during ski season. His trademark poster for the 18th Olympicsconsisting of the Olympic five-ring symbol, Tokyo 1964, and the red sun of the Japanese flagwas selected for its simplicity, strength and freshness from an artist roster that included Kohel Suguira, Kazumasa Nagai andIkko Tanaka. It was Kamekura's poster series, with its dramatically-angled photographic images of swimmers and runners, that lent the publicity campaign its active punch. He also won gold and silver awards from the Tokyo Art Directors Club, Mainichi Industrial Design, and Japan Advertising Art Club.

Aside from his work on the 18th Olympic Games, a number of other projects are considered by many to be his masterworks. His poster design for the Japan EXPO '70 was recognized by the Tokyo ADC, the Warsaw International Poster Biennale and Milan International Travel Poster Exhibition. Another distinctive piece is his Hiroshima Appeals poster, illustrated by Akira Yokoyama which won First Prize at the Lahti Poster Biennale.

He received a grand prize from the Ministry of Education in 1961. He has received numerous awards including a 1980 Purple Ribbon Medal, a 1985 Third Class Order of the Sacred Treasure, a 1991 Person of Cultural Merits, Gold, Silver, Art and Special Awards from the Warsaw International Poster Biennales from 1960 through 1992, awards from the Brno International Graphic Design Biennales, and the Osaka 6th International Design Award in 1993.

Since 1989, Kamekura has been the editor, cover designer, and organizer ofCreationMagazine, a series of publications limited to twenty issues which focus on international graphic design, art, and illustration work by a variety of artists.