Instagram has confirmed that traveling is back in full swing– everyone on my Insta feed was at Lake Como at some point over the summer and though I didn’t go there this year, I did make my way over to the South of France. I flew out of JFK, but I am now wishing that I took off out of Orlando International instead, because Gentilhomme is creating some enormous digital art over in Terminal C.

We can all agree the act of traveling to and from your destination is not always that fun, but Gentilhomme has been filming hours and hours of live action footage to correct this statement. They have already built two expansive digital art installations, with a third on the way.

We talked to Thibaut Duverneix, One Club Member, YG10 winner, and Creative Director & Founder of Gentilhomme to get a full understanding of this massive undertaking.

How did Gentilhomme get involved in this project? 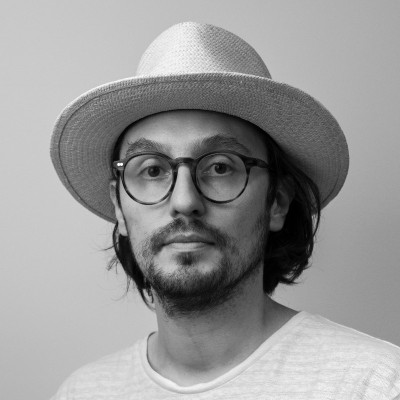 We started working on early concepts for Terminal C in 2019 when Gentilhomme was invited to answer a public RFQ (request for qualifications) from the Greater Orlando Airport Authority (GOAA), along with multiple worldwide players from the multimedia scene. The requirements were super intense as the studio needed to deliver five hours of complex multimedia content as a mix of interactive, live-action, and CGI. Incredibly, Gentilhomme was one of two qualified studios asked to answer the following RFP (request for proposals), and we were invited to pitch in person in Orlando, and we won!

Gentilhomme was awarded the project in January 2020. We finished producing the content at the end of 2021, and Terminal C opened in September 2022. The last media feature will be completed in 2023.

What were the discussions around what to film for these huge immersive experiences/digital art installations?

The first creative step was to set a mantra or leitmotif to guide our thinking. Working closely with Sardi Design and MRA International, we came up with the mantra, “The knowns and the unknowns of Central Florida.” We knew we wanted to celebrate the familiar side of Orlando: theme parks, space programs, Disney, Universal, etc., but we also wanted to shine a light on all the incredible, but lesser-known things Central Florida has to offer, like biodiversity, nature, the springs, ranches, manatees, bird migration, and wetlands. We treated it as a deep research project and spent a month reading up on local arts, culture, and nature. For the live-action portion of the project, we spent three weeks filming at over twenty locations in Central Florida, generating hours (and hours) of footage.

We approached the content creation with the architect’s vision in mind. To me, media features are not screens. They are part of the architecture and should be considered sculptural because they exist within the space.

"Media features are not screens. They are part of the architecture and should be considered sculptural because they exist within the space."

So the first thing we did was set rules for ourselves. Each media feature had its own intent and modalities. In a way, our role was to help each feature find its voice to define the identity of the landmark, the airport itself.

For instance, for Windows on Orlando, we followed a mantra of “Revealing Orlando.” Designed as an expansive panoramic reveal, it consists of three windows that open up onto mesmerizing scenes celebrating Orlando. The core identity is expressed as an architectural element that blends seamlessly into the airport’s architecture.

For the Moment Vault, we went with “Dual Personality.” Located at the center of the Palm Court, the primary public gathering space for all departing guests, the Moment Vault serves as an iconic center point. It’s designed as an organic structure composed of three morphing garden-like exterior walls. These nature walls house a whimsical interior where guests are immersed in a 360º interactive world for shared immersive experiences, featuring scenes from Mars, swims with manatees, and fireflies and fish.

The Portal was designed as a “Symbol of Orlando,” a place of innovation, shared experiences, and community. For arriving guests, the media feature acts as a portal to Orlando, while for departing guests, it serves as a marker for recollection and personal memories. The Portal offers two distinct experiences: upon arrival, The Portal appears as a 3D suspended helix with both exterior and interior displays, creating a depth of space, and on departure, it appears like a conical vault that points to the skylight above.

How many digital art displays are open right now? How many more are coming in 2023?

The Moment Vault, which features 360-degree split screens, offers unique interactive experiences never seen before in an airport. Travelers experience content capsules like School of Fish, Red Planet, and Hide & Seek, where up to 30 full-body users’ movements are tracked in 3D in real time and turned into silhouettes on screen. For Windows on Orlando, we created landscape panoramas in which the content perspective is an extension of the travelers’ point of view. As a result, passengers are fully immersed in beautiful vistas of Central Florida across the 114-feet wide displays.

It’s important to us that the traveler doesn’t see the same content repeated over and over as they’re in transit. To get around this, we developed content cycling and scheduling. This allows the playback system to create seamless transitions and “playlists” depending on travelers’ peak hours, time of the day, summer versus winter, and many more factors.

The third media feature display, the future Portal, will be up and running in 2023. The installation is designed as a four-story, double-sided, 360-degree surround display in the arrival-departure hall.

How has the feedback been?

Early responses have been incredible! From press to early visitors, to partners and clients. We couldn’t be happier and look forward to millions of passengers getting to experience the installation for years to come.

The act of traveling is never really that fun– people just want to get to their destination. You hang out at the airport because you need to arrive early for a flight or your layover is extra long. So why put in all this effort for a place nobody wants to be?

We all know that the romance of travel is dead, but it used to be fun! I think that’s precisely why airports and public spaces are waking up to the possibilities of transforming this perception and the many ways digital and immersive art can help tell their stories. We want to bring the romance of travel back to these spaces while creating a sense of identity for the airport and the city itself. Airports are the door to the city, the first and last impression. Our vision is to really transform public spaces, calm and reduce potential stress, and ultimately rethink the traveler’s journey completely, which I think we’ve accomplished at Orlando!

Where do you see the future of travel and immersive tech experiences headed?

Air travel needs a rebrand. In airports, our work acts as an intervention to entertain and comfort travelers of all ages, and as a gateway into local culture. Immersive technology is revolutionizing everything from airports and theme parks to daily life. It is changing how we interact with everything in entertainment, giving us the unique ability to transform how people perceive familiar spaces. We bring proper value by creating retention, dwell time, and engagement in public space. Whether you’re waiting in line for security, dropping a loved one off at departures, or waiting for hours during a layover, we create memorable experiences aimed at soothing the travel experience.

"Air travel needs a rebrand. In airports, our work acts as an intervention to entertain and comfort travelers of all ages, and as a gateway into local culture."

How is this project different from the other immersive experiences your studio has done before?

When you create large-scale content for rock shows, it has a short shelf life. The focus is to design relevant and trendy visuals that will best resonate with the audience. Airport projects like Terminal C are permanent. There’s a vision that goes into these that lasts years. Therefore the content needs to be designed to be evergreen and long-lasting.

Our team, the airport, and all the collaborators were incredible, which really helped us stay grounded and on track throughout the project. Gentilhomme’s mission is always to provide huge value and impact for clients while pushing boundaries as a multimedia studio. We’re a small yet mighty team with an in-house group of dedicated programmers, VFX artists, designers, cinematographers, and creative directors, which makes these types of projects possible and fun!

What’s next for Gentilhomme?

We’re currently working on another large-scale airport for Nashville, TN, coming in 2023, along with a nice variety of projects in the multimedia and show space. A growing focus of our business is to partner with airports, entertainment districts, commercial spaces, and cities to engage in placemaking, which is the reimagining of public space to promote well-being and happiness. On the sidelines, Gentilhomme is developing a series of internally developed products and interactive art pieces that propel the company as proprietary IP. We’re always open and inspired by what’s to come—looking forward to seeing what the future holds!

"A growing focus of our business is to partner with airports, entertainment districts, commercial spaces, and cities to engage in placemaking, which is the reimagining of public space to promote well-being and happiness." 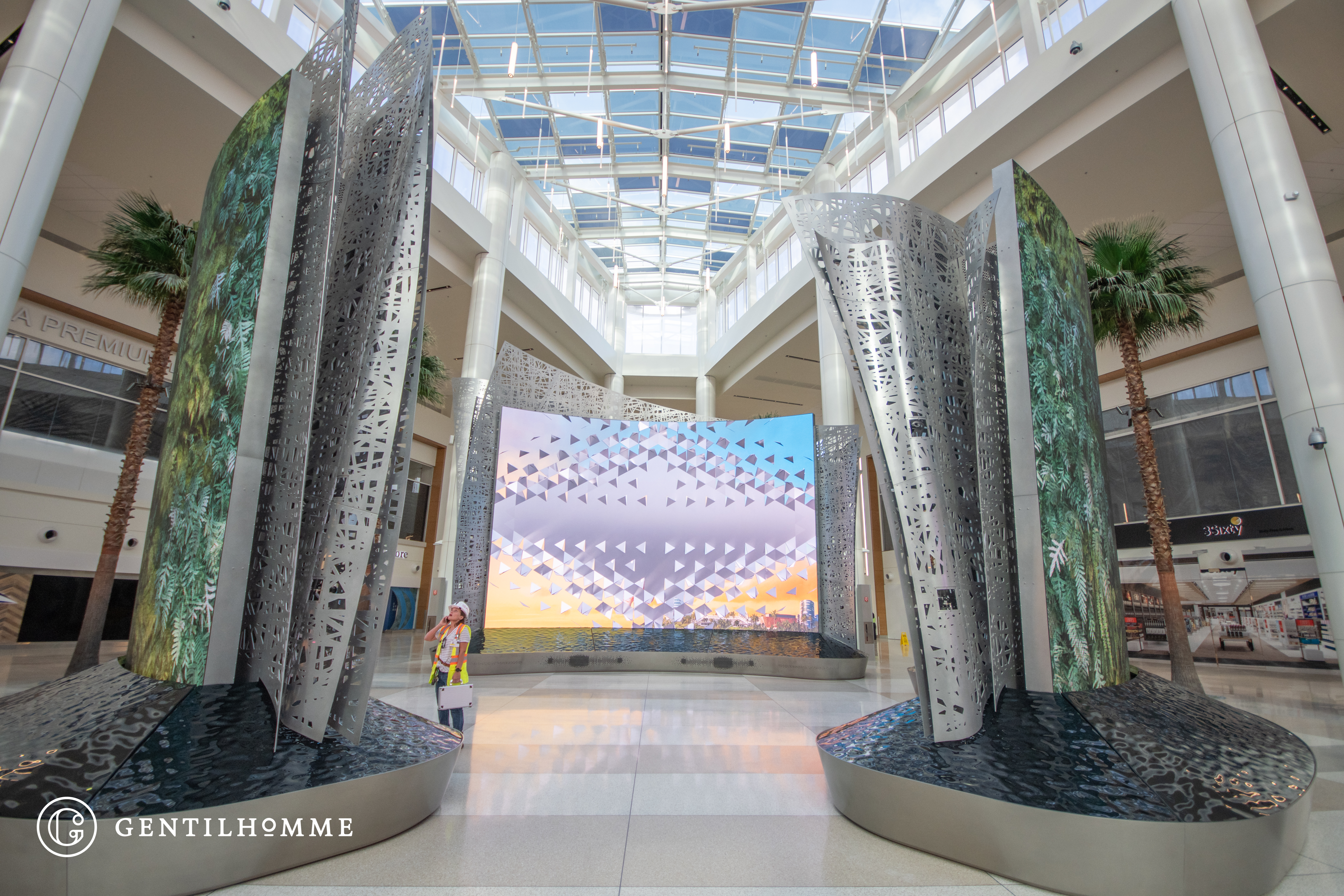 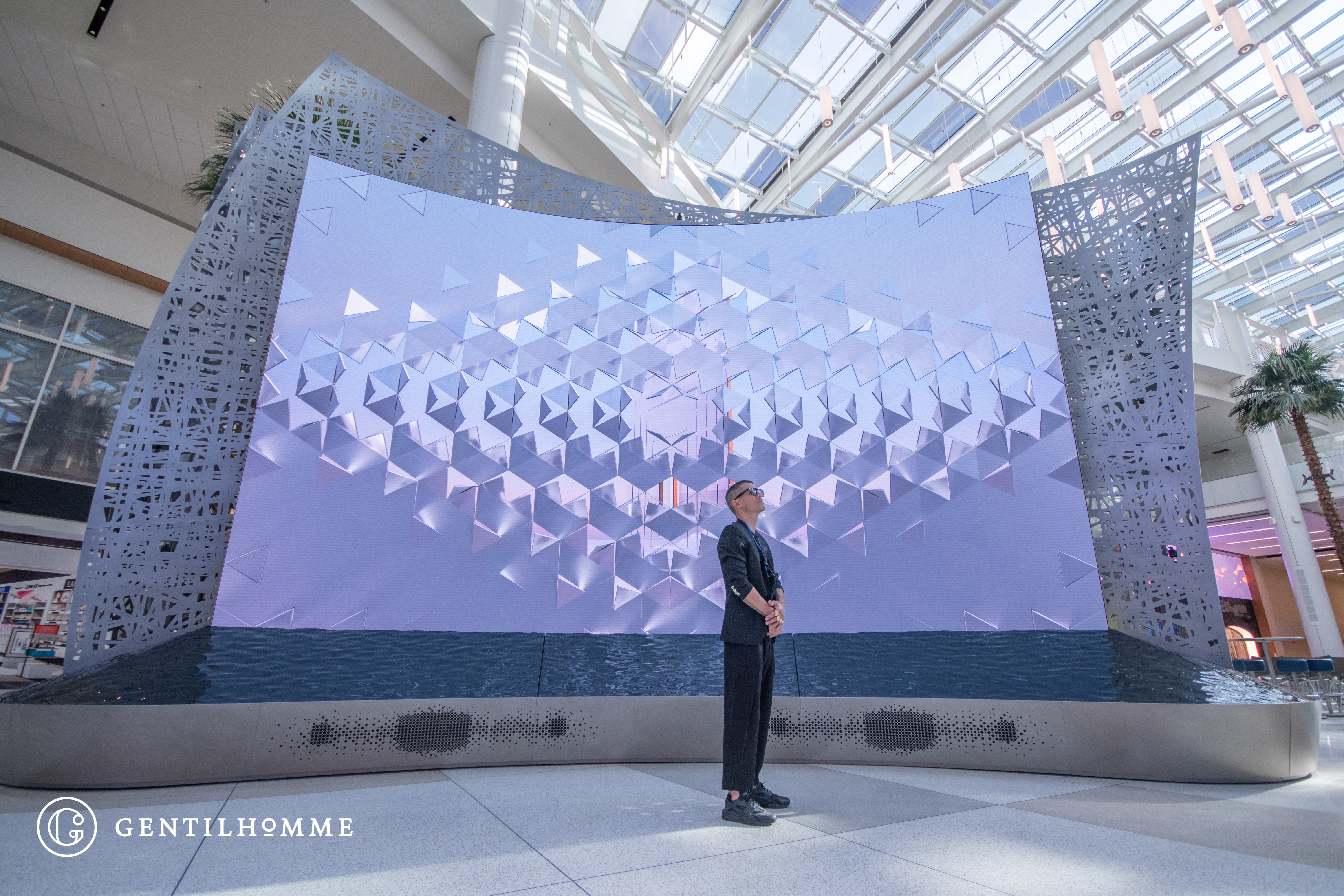 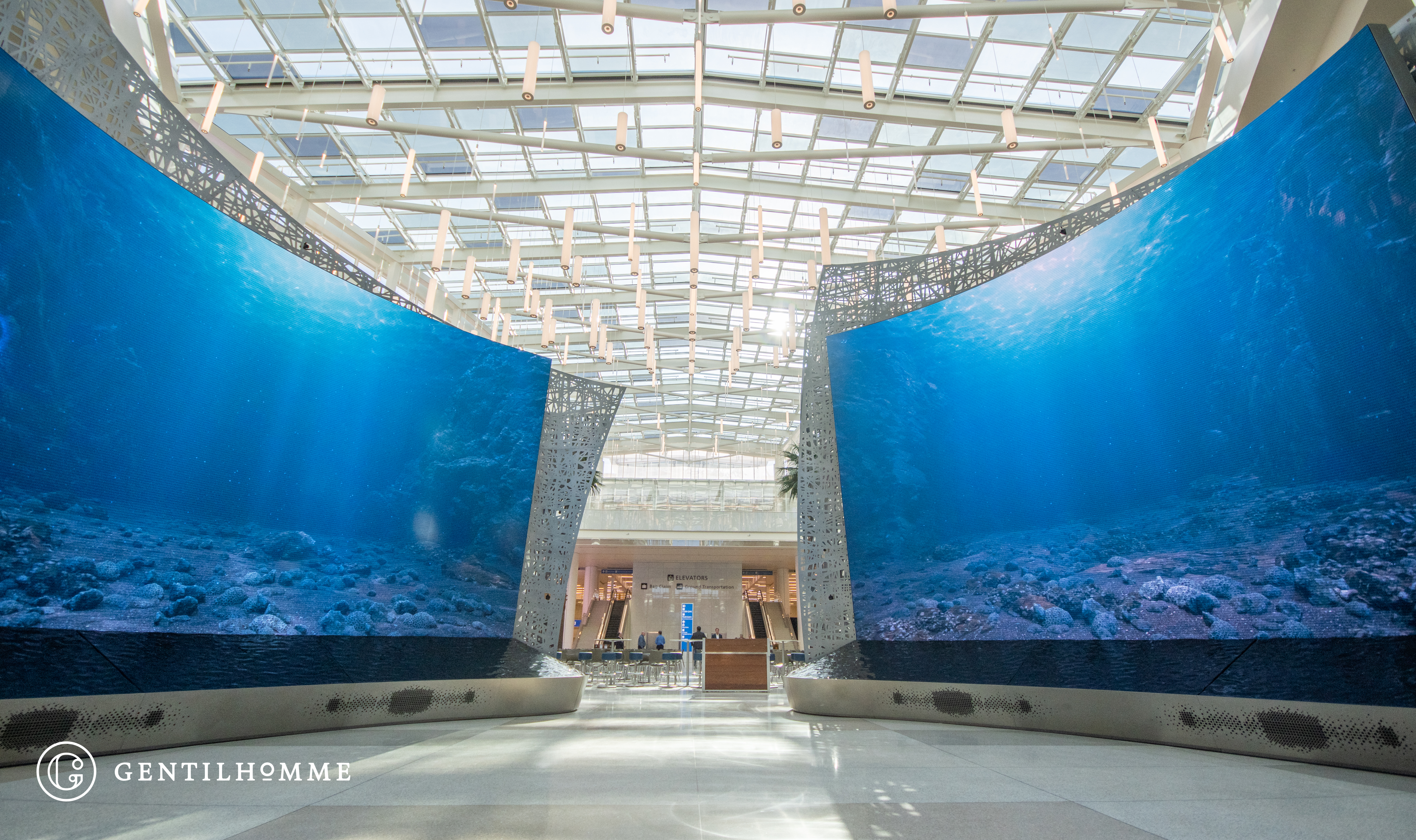 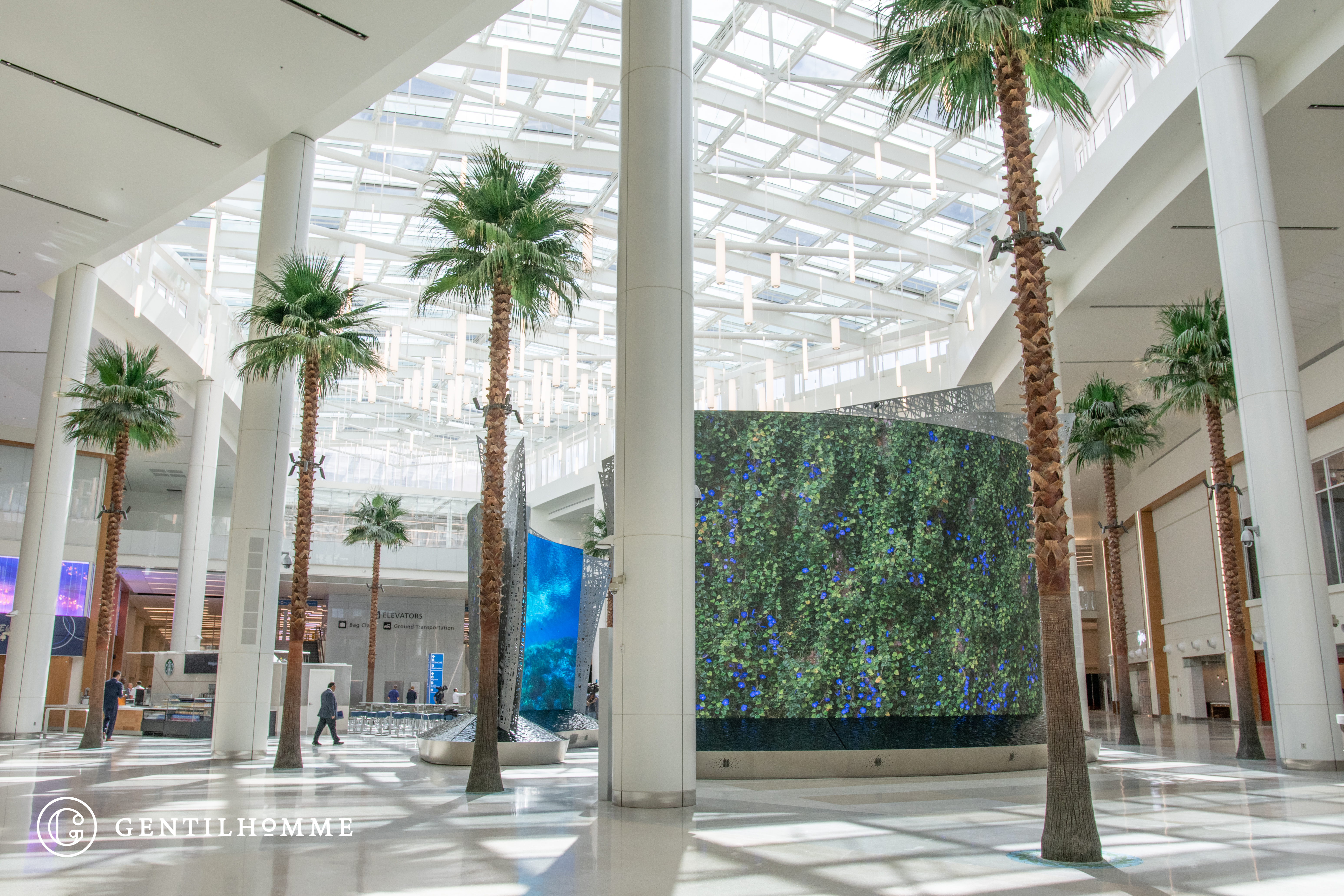 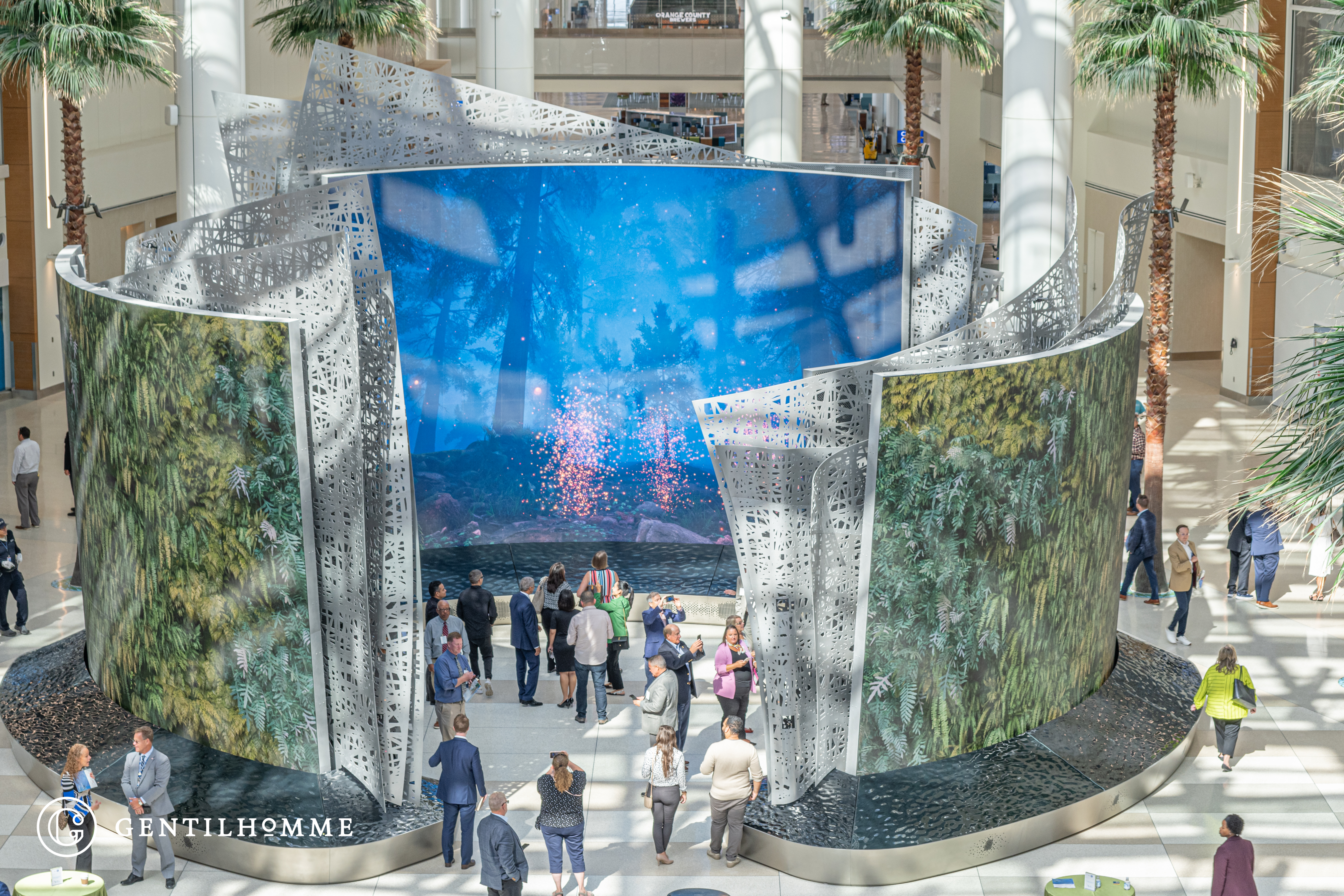 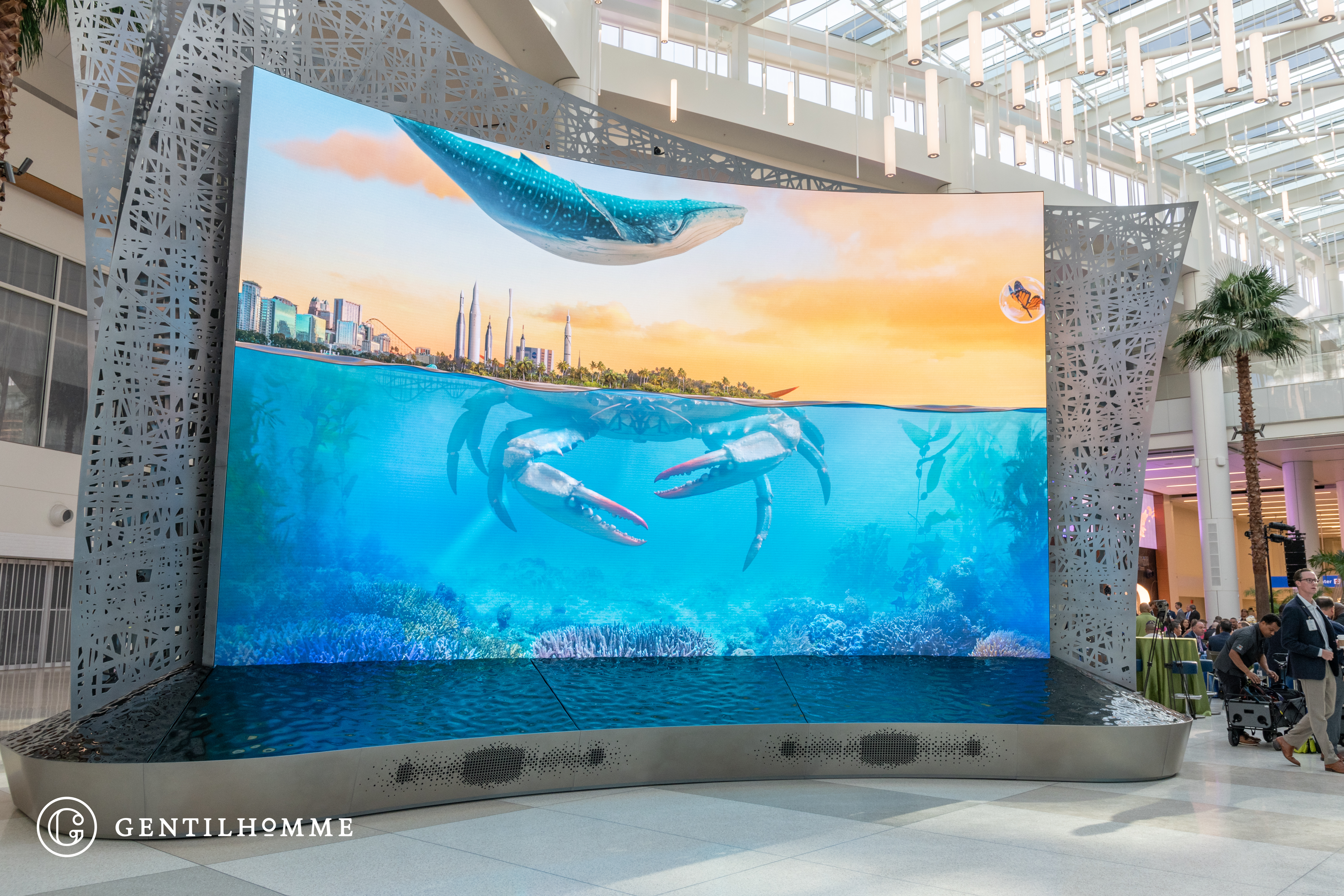 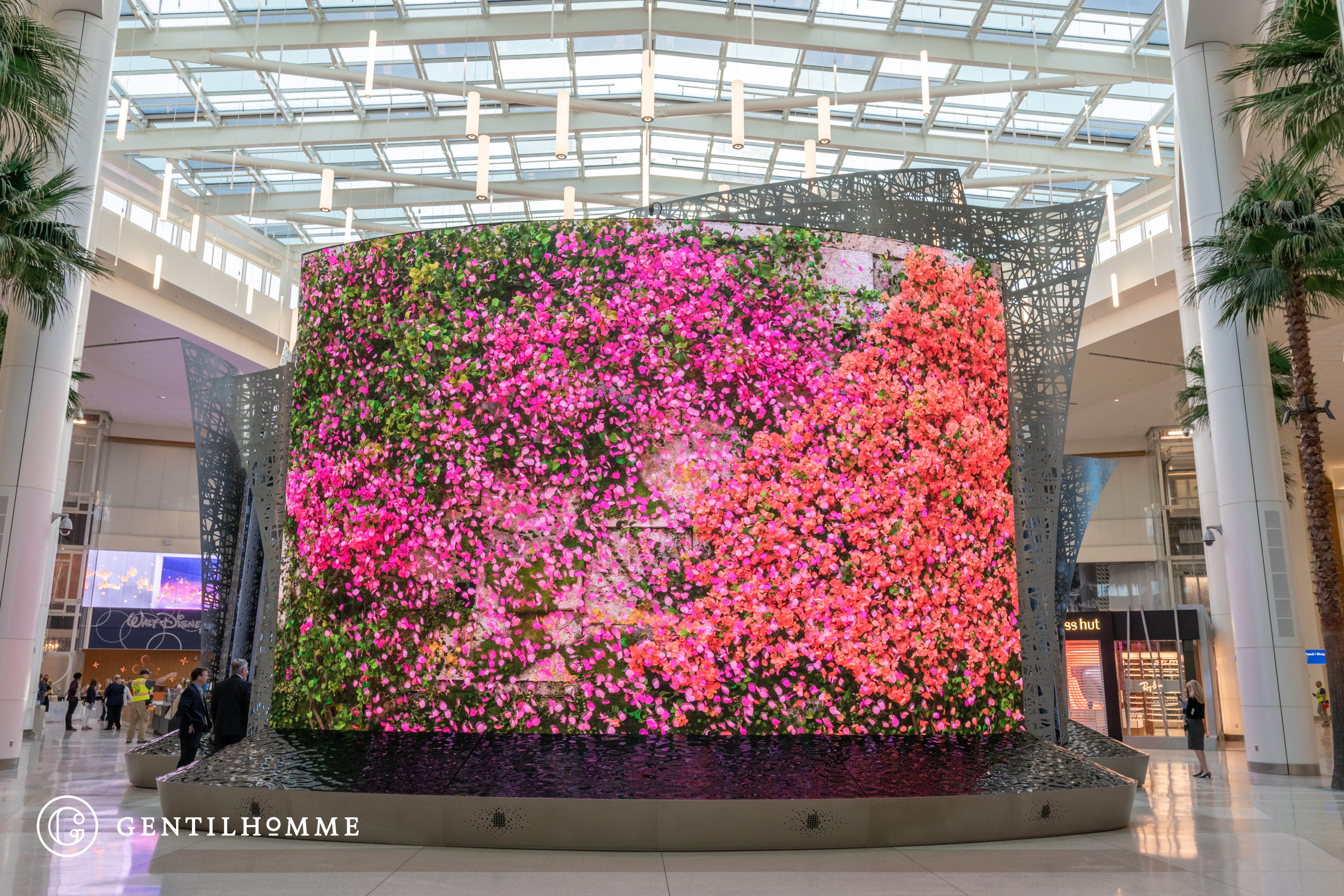 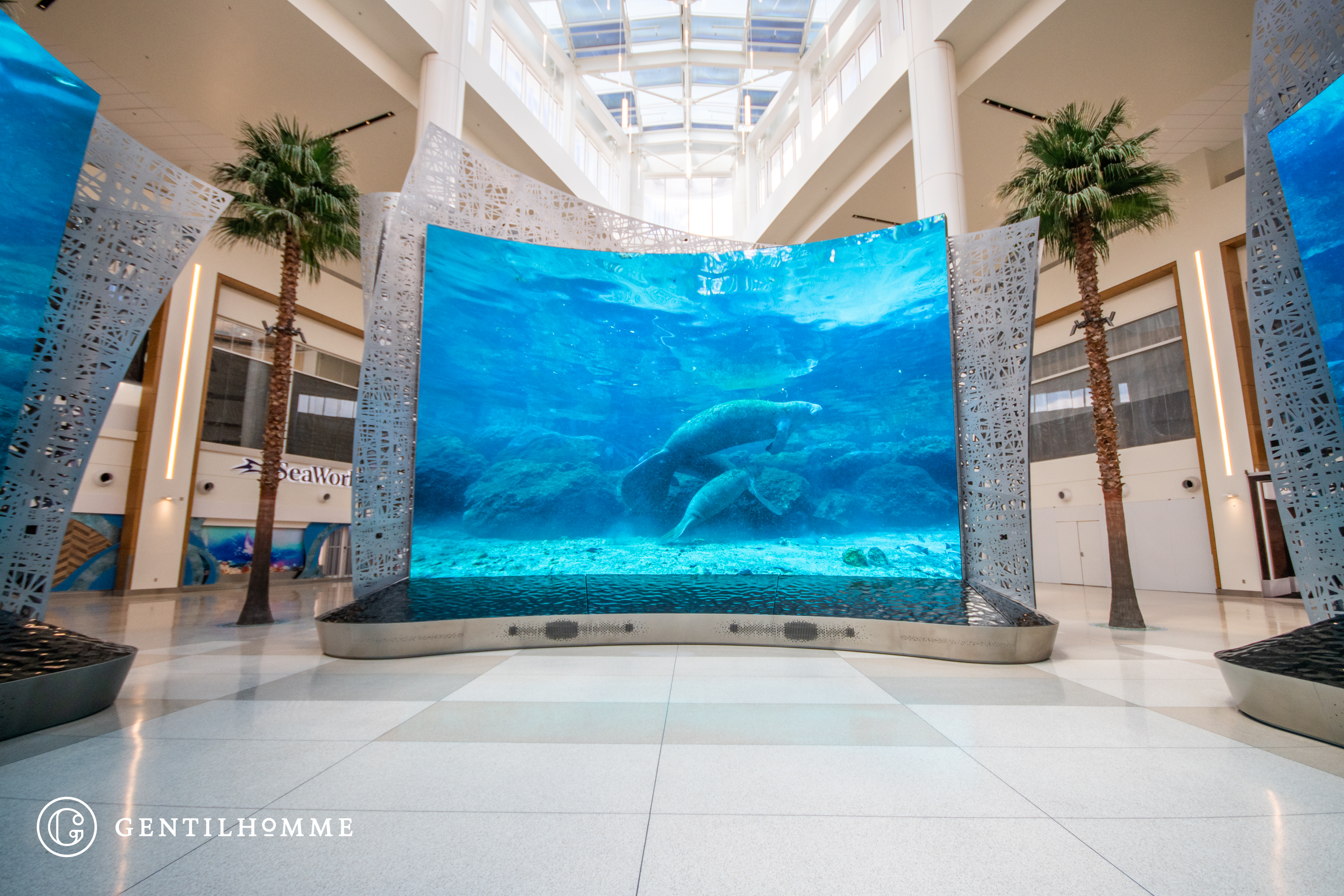 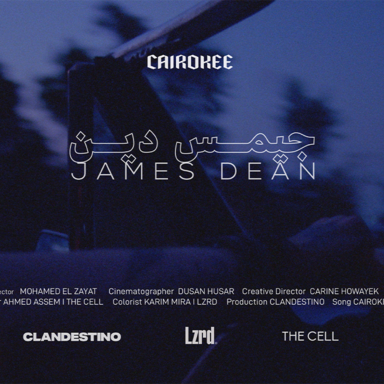