"New ways of imagination is what I'm looking for as Jury Chair..."

ADC 99th Annual Awards Spatial Design Jury Chair Refik Anadol was only eight years old when two life-defining events occurred. He saw "Blade Runner," and he got his first computer. "That's when my interest in science fiction and technology started," he explains. "Since then, I didn't stop imagining the near future."

Looking at Anadol’s extraordinary body of work, a mesmerizing catalog of visual explorations about the melding of man and machine, it’s no surprise to learn his young brain lit up viewing Ridley Scott's 1982 sci-fi classic. The theme has been a life-long obsession expressed in his art. Currently winding down at Artechhouse in New York is Anadol's "Machine Hallucination," an immersive digital art installation that uses A.I. to present what Anadol describes as "the idea of living machines hallucinating memories of humanity."

The artist and his team, a group of architects, A.I. engineers, data scientists, designers and programmers working out of his four-year-old Los Angeles studio, collected 113 million images of New York City from public sources, and "then we let A.I. learn from this data and we let it dream," explains Anadol. The result is a 30-minute, 18-channel projection showcased in the 6,000-square-foot basement of the Chelsea Market. "It's a narrative of a machine that brings the memories of New York — dreams — to you," he describes. "It's a near-future experience using tools from now."

An award-winning artist who has been recognized for his pioneering use of technology, Anadol received the “‘Lorenzo il Magnifico” Lifetime Achievement Award at the Florence Biennale last year. “It was an incredible honor,” he says. "After all, it’s where the Renaissance began."

With companies such as IBM, Microsoft, Intel, and Google sponsoring his work, he says he feels he is experiencing a renaissance of sorts in technologically-driven art today. “During the Renaissance, the artists were getting the best brushes, best pigments, from the patrons,” he says. “We have a similar approach. The best algorithms, the best hardware, software coming to us to make art.”

Anadol, who grew up in Turkey and relocated to Los Angeles five years ago, began his artistic journey as a photography and design student at Istanbul Bilgi University. After getting his BA and his first MFA in Visual Commercial Design in Istanbul, Anadol studied in Los Angeles, earning his second MFA in Design Media Arts from UCLA, where he continues to work as a visiting researcher and guest lecturer. Anadol had already been deep into his exploration of data-driven art when the curator of the Istanbul Biennial challenged him to add architecture to the equation in 2011. "It was an interesting request because I never thought that light and architecture and data can collide in a purposeful and impactful way," he explains. The sounds of one of Istanbul's most famous avenues, Istiklal Street, were recorded and used to transform a building into a captivating 3D installation. "It triggered my imagination using data and architecture as a substance in my work."

Artificial intelligence then added another complexity to his work, when three years ago Anadol was invited to become Google's first artist in residence. The experience, he says, "changed my life. It was a big opportunity for me and my team that allowed us to use A.I. in a never-before level." Up until that point, the use of A.I. was limited. "Practically speaking, using A.I. wasn’t possible because of computation and lack of knowledge publicly," he explains. "The Google collaboration allowed me to really deep dive into this medium and understand what A.I. means, how it works and what you can do with it."

During his residency, he developed "Archive Dreaming," a commission for Istanbul's SALT Research that used algorithms to turn nearly 2 million documents into an immersive media installation. Viewers were able to navigate through the data, but when idle the installation pictured "dreams" of unexpected connections. "I am very obsessed with human knowledge and wisdom and our capacity for imagination, dreams, and memories," says Anadol. Memories are information, he explains, "essential data that makes us who we are individually and collectively."

Dreams are a recurring subject in Anadol's work. Last year, he was commissioned by the Los Angeles Philharmonic to create an installation for the orchestra's centennial celebration. The studio applied machine intelligence to the orchestra's digital archives, nearly 45 terabytes of data, and created a data sculpture representing the "consciousness" of the Walt Disney Concert Hall. "Dreams can be visualized in the way we perceive them, but I thought we can use A.I. to simulate how dreams can survive. How we can paint with machine consciousness, machine dreams. That's one of the reasons why I collide A.I., neuroscience, and architecture," he says.

Anadol strives to push the boundaries of imagination with technology, but as obsessed as he is with technological advances, he says impressive tech displays won't be enough to carry spatial design entries to the winner's circle at the ADC 99th Annual Awards this year. "New ways of imagination is what I'm looking for as Jury Chair," he says. Spatial design can be viewed simply as a decorative experience, but Anadol says he has higher standards for the work his jury will honor with awards. "I will be much more excited to see the innovation behind the scenes that has a meditative quality, not just a tech approach," he explains, adding, "Hopefully it's purposeful, but it's also impactful."

Those high-level expectations also carry over to his own work. With every project, Anadol notes, he strives to bring audiences greater understanding. "We are becoming part of a machine landscape. The first thing we see in the morning is a phone, the last thing we see at night is a phone. We are in this landscape of imagination and perception," he says. "Clearly we will become part of the machine and the machine will become part of us. But my hope, instead of making humans more machine, I hope we can make machines more human."

The prediction, of course, brings with it much fear. But as with any new technology, he stresses, there are positive human uses and negative ones. "My hope in doing art is to trigger the positivity hidden in this potential future," he says. "That's my mission, my hope. If even one person changes his or her mind, thinks more positively about these tools, it's a success." 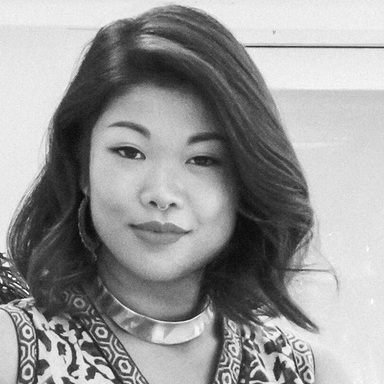 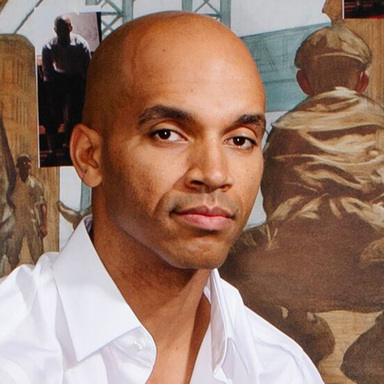 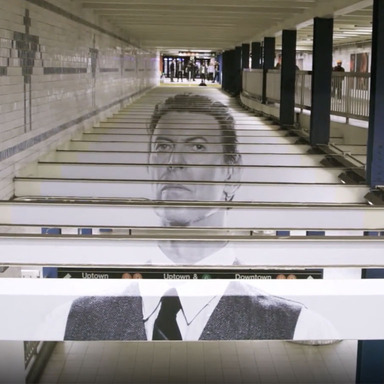 "It's Coming From Inside The House"
In-house creative teams scored big at last year's One Show. Will they repeat? 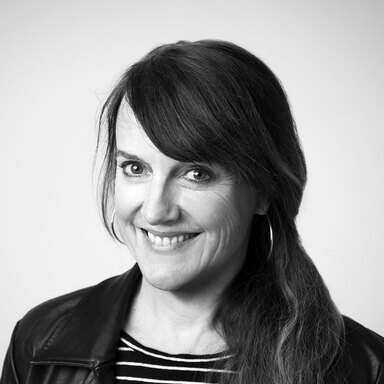